Sabbaticals are always hard to take; not because of the reason (I became a dad – I think I might have mentioned it once or twice?), but because what do I talk about now that I’ve returned?

The fear of the blank page afflicts most writers (and those that say it never frightens them frighten me); I was meant to start back last week, but the regular routine of column-writing has clearly been buried deep under layers of homework, organising plans for the weekend, and getting an eight-year-old out of the door in time for school.

But I’ve started to find my routine again, clawing precious moments away in between a child demanding entertainment, food, comfort, or an answer to any number of questions that he has on an average day. Parenthood is a brilliant thing, albeit it an exhausting one, and it’s already thrown me more curveballs than I could have imagined.

Embedding my son in his new home has been absolutely key; he needs to feel safe here in Thanet, as I do, and he can only do that if we escape the four walls of home and connect with our local area. His school has been amazing; he thoroughly enjoys it, and I’ve seen how much it gives him – not just in terms of education, but in terms of his social needs as well – he’s made friends, he’s finding his social standing, he’s learning the difference between real friends and acquaintances. I struggle to keep track of who are his best friends, and who he wants to invite round next; I have been a social secretary trying to coordinate two lives now, and his now takes precedence.

He and I have also needed to bond, and my focus was to try and make it instinctive – like all parent/child relationships should ideally be. I wanted him to be proud of his adopted roots, because there’s absolutely nothing wrong with being adopted, and I also wanted to develop the relationship as naturally as possible. It feels that way now; he seems to have accepted him as his dad, and I most certainly have accepted him as my son. 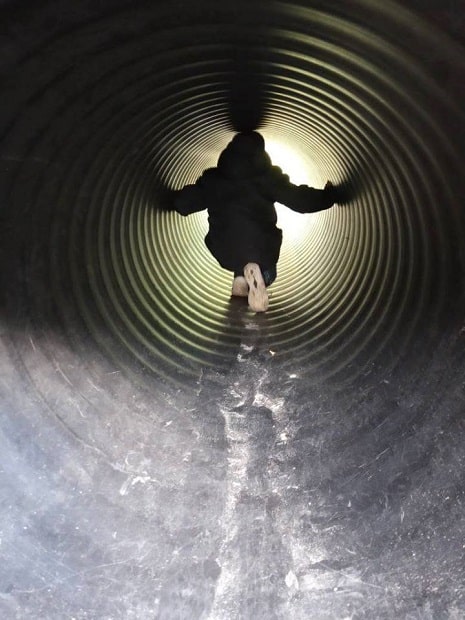 The legalities of adoption, which weighed heavily on both of our shoulders over the first seven or so months of our family life, have also been finalised. We had social worker visits, court reports, judge meetings, and much more besides; I kept as much as I could off my beautiful son, because he didn’t need any more worry than he’d already endured, but the day I received the phone call that the judge had signed the adoption order and that I was legally – as well as emotionally – my son’s dad was a joyous, overwhelming moment. I then had the joy – the utter joy – of telling him myself, and we shared many happy tears that day. It codified what we already knew; that we were a family, and that we loved each other.

I’m back; I’m glad to be back in the welcoming arms of a quality newspaper run by the esteemed Lord of All She Surveys (or do you just prefer Editor?) Kathy. I still don’t know what I’ll write about every week, but my life is richer and more varied than ever before, so I know I won’t have any shortage of material.

Welcome to the family, Bryan Munson, and hello again to a loyal readership. Life is good.