Controversial plans for the Thanet Parkway railway station will go back out to public consultation next month after county councillors voted against moving forward with the proposal until Thanet residents have been asked for views.

The proposed station at Cliffsend, which has spiralled in cost to £34.51million, was discussed by members of KCC’s Environment and Transport Cabinet Committee this morning (November 29).

But a recommendation to agree to progress and deliver the Thanet Parkway Railway Station project – with up to a total KCC contribution of £17.81million – was rejected with 13 of the 14 councillors instead agreeing that Thanet residents should be consulted once again.

The amended motion put forward by Cllr Harry Rayner was to recommend that before taking any further action: “That KCC undertake a further public survey and consultation with one of the questions on the survey being ‘do you want a Thanet Parkway station?'”

Cllr Lewis hailed the decision as a ‘victory,’ saying: “This is a victory for Thanet and sends the message to KCC of Thanet Parkway, no way.”

Speaking at the meeting Cllr Lewis branded the project ‘a white elephant’ saying he was concerned for passenger safety at an unmanned station, highlighting the rising cost and questioning the need for an eighth station on the isle.

He also said of the £2million pledged by the previous Conservative administration at Thanet council: “It has not been delivered, it was only a promise and promises can be broken – watch this space.”

Cllr Binks also raised the issue of passenger safety and the ‘lack of basic facilities’ as well as the danger of more building on agricultural land due to the expectation of the station creating demand for new homes.

Cllr Messenger echoed concerns of associated house building and pointed out a survey in 2017 showed only 34% of those who responded said they would use the new station. He called the estimated 10 minute journey reduction time to London ‘smoke and mirrors’ as a predicted rail upgrade would see a cut in travel times from all stations.

The original estimated cost of the Parkway project was £11.2 million but a meeting of the SE England Local Enterprise Partnership (SELEP) this month revealed that sum has now tripled. 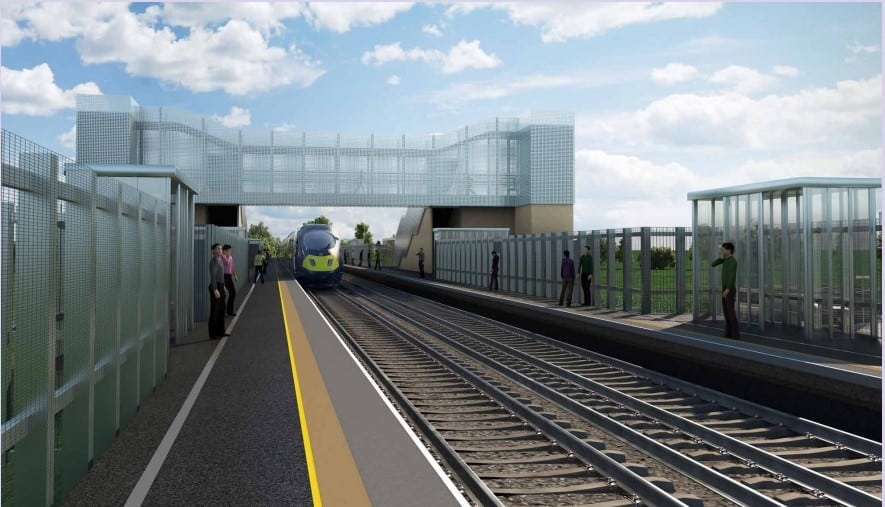 Some £10.2million will be spent by Network Rail on upgrade work to the level crossings at Cliffsend and Sevenscore.

A planning application for the controversial project was submitted in June last year. It is due to be built off the Hengist Way, on the existing Ashford to Ramsgate rail line near the Sevenscore roundabout. It will be a  two platform station with the entrance on the north side. There will be a 300 space car park, platforms accessible by stairs, lift and pedestrian bridge.

There will be a car park for 299 cars, plus an additional 20 bays for pick-up/drop-off and taxi parking. The car park includes 16 disabled bays and 19 spaces for electric vehicles. Cycle parking and two bus stops will also be provided. 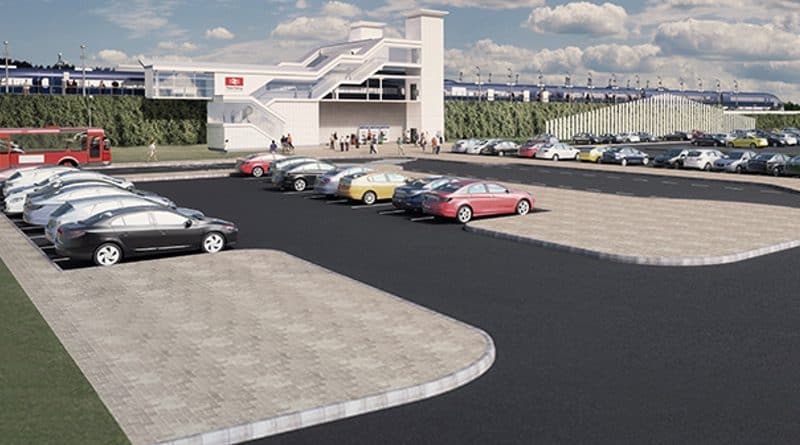 The original planning application has been withdrawn and a new planning application with a revised design has been submitted to KCC but councillors at today’s meeting expressed dissatisfaction with the new design. There were also concerns that KCC only owns the car park area with the freehold for the station being held by Network Rail and that the location would mean extra traffic on the roads and possibly impact on railway stations in the towns.

If the station plan does go ahead it is expected to be operational by 2022.