Children, staff and families have welcomed a new furry friend to life at Upton Junior School in Broadstairs.

Pablo is a cheeky two year old Chorkie – a cross between a Yorkshire Terrier and a Chihuahua – and he is already settling in and enjoying being the centre of attention.

His gradual introduction to school life by his owner, Head of School Darci Arthur, has gone very well and he meets pupils at the gate, walks with them into school, and can be found on the playground at break times and lunchtime.

Pupils have already written messages and poems to their four-legged companion, and created posters for him, and they are queuing up to have turns in taking him for supervised short walks on a lead in the playground.

Heidi from Year 5, who drew a picture of Pablo, said: “He is adorable and it is great he is with us at Upton.” 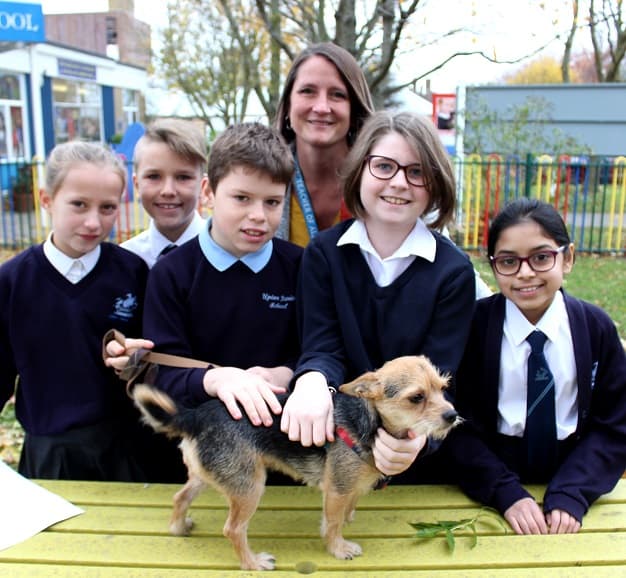 Year 6 pupils who welcome him on one of his early visits agreed. Eshal said “he’s very cute”, while Layla added “he gives warm cuddles,” Jack described Pablo as “excited and lively”, while Jordan said: “Pablo is adorable. He is our Upton mascot.” 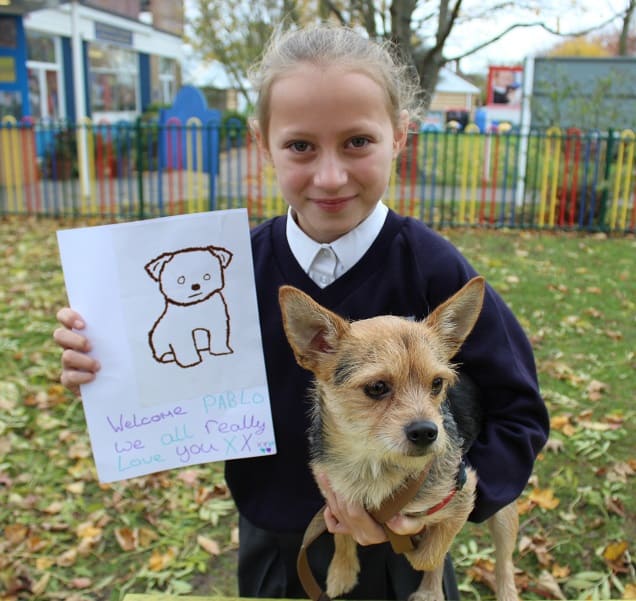 Miss Arthur, who has had Pablo since he was a puppy, said there are important reasons behind the latest recruit for Team Upton.

She explained: “The soothing presence of animals such as dogs is a proven fact. Children can relate to animals when they are sad or upset and pets can have a hugely positive impact on their wellbeing and mental health.” 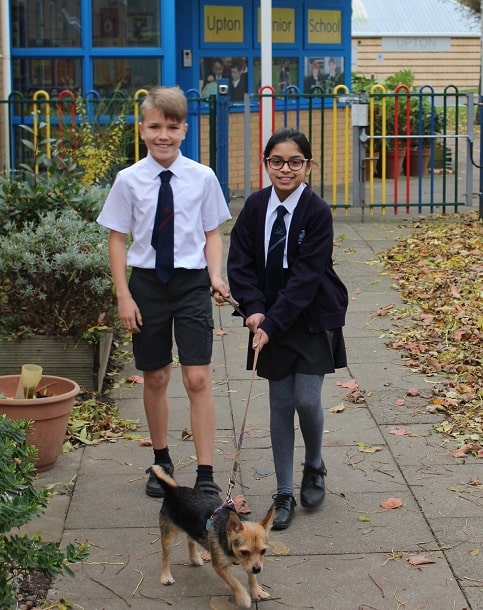 Benefits include creating a calming effect on pupils;  improved behaviour and concentration, reduced stress and improved self-esteem;  encouraging expression, participation and confidence for all children;  fostering a sense of responsibility;  motivating pupils to think and to learn, as most children have a high level of natural interest in, enthusiasm for and enjoyment of animals;  encouraging respect and thereby improving pupils’ relationships with each other, parents and teachers; teaching children to nurture and respect life;  helping work undertaken with the most vulnerable children; helping children build confidence in reading;  improving attendance; further promote Upton’s ‘Well Being’ agenda for pupils. 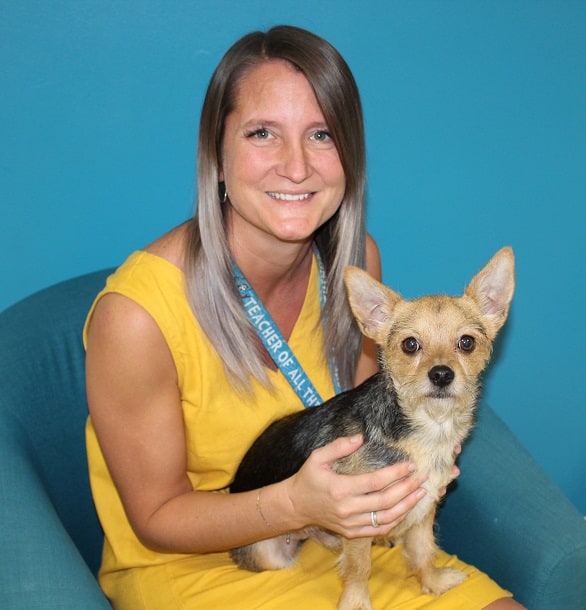 Miss Arthur said: “There are so many ways in which it has been proven time and again that a dog as part of the school set up really works, and we have already received positive feedback from our families too.”

A full risk assessment and policy has been implemented, and when not working Pablo will be in one of the school offices.

All contact will be carefully planned and children will not be left unsupervised with the dog. All areas of the school are vacuumed and surfaces are wiped down daily, movement around the school of Pablo will be controlled, and any child working with the dog will wash their hands immediately afterwards.