A cheque for £1,100 has been presented to the Viking Day Unit at QEQM Hospital following a charity netball tournament.

Twelve netball teams took part in the pink-themed event in September. The Thanet netball league teams played the rotating games to raise cash to help in the battle against breast cancer at the Viking Day Unit. 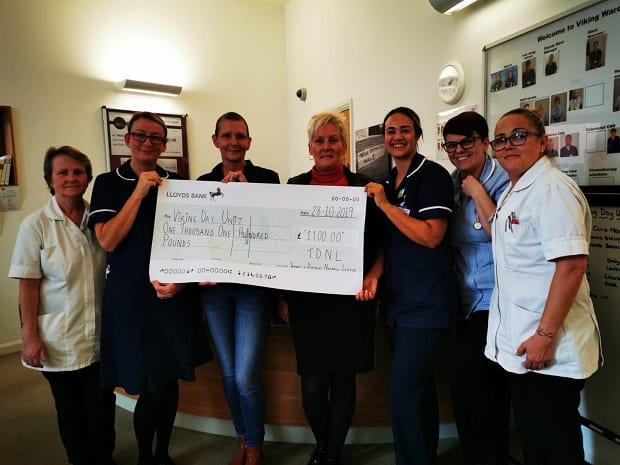 The cause was chosen in support of player Kelly Todd who has been diagnosed with the condition.

Kelly, who plays for the Timber Wolves – aka Todd’s Tarts – has just finished undergoing chemotherapy. She and  honorary secretary Karen Hewitt presented the cheque to staff at the unit.