The first ever taste of lemonade given to a young Ramsgate lad by soldiers at the NAAFI – “a mug full of bubbling stuff”- is one of the memories recounted in a beautiful new book of tales and illustrations.

Benedict was born and grew up in Ramsgate during the war years. His twin brother was Father (John) Benedict, for many years the Parish Priest of St Augustine’s.

Benedict, who previously published intricately illustrated ‘historical adventure’ Gargantua & Pantagruel, shares tales of Spitfires and Bren Guns, shelling, soldiers and the thrill of being able to paddle in the sea.

The father-of-three, now 81, was prompted to write the book full of stories after he told them to his children, by demand, “over and over again.”

He said: “I told them of my first ever taste of lemonade, given to me by soldiers in the NAAFI in a canteen mug full of bubbling stuff backlit by sunshine. 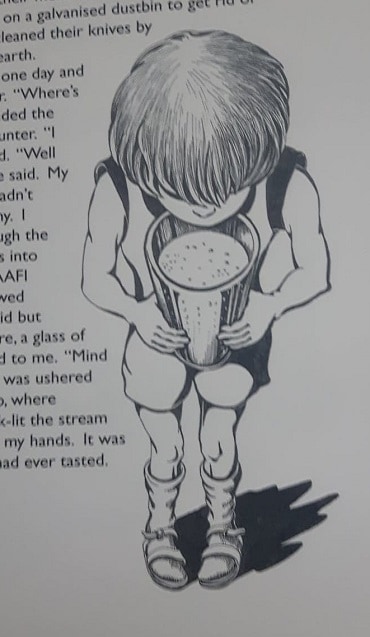 “The children wanted me to tell the stories over and over so I decided to write them down.

“It was an idyllic childhood. I do not want to make light of the war but we were boys living on Ramsgate seafront with the Germans just 21 miles away. There were Spitfires and the skies were full of bombers, parachutes and shells – one hit our house in Royal Crescent – and there were smells of cordite and red petrol.

“We had rides on the Bren Gun carriers, they were like little tanks that would rock forwards and backwards on caterpillar tracks. We called them ‘wooshers.’ 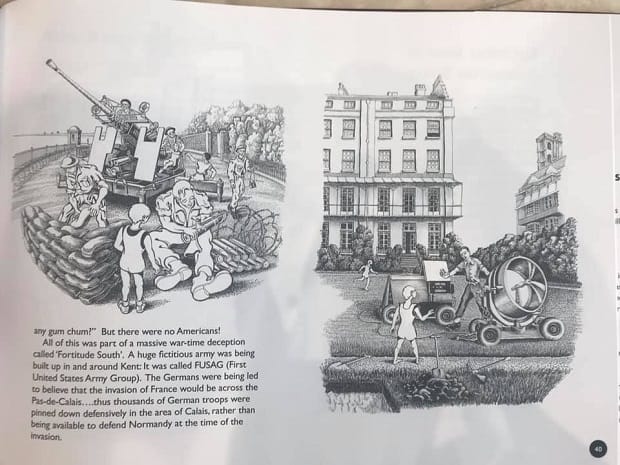 “People weren’t allowed on the beach at Ramsgate but we were at Broadstairs. I remember standing ankle-deep in the water as it came in and then receded. I stood there thinking I was gliding across the water as the sky was reflected in the waves and the world was whizzing under my feet.”

Benedict, who attended The Royal College of Art in addition to his maths and physics studies to become an industrial design engineer, says he decided to create the illustrations due to a lack of photographs. 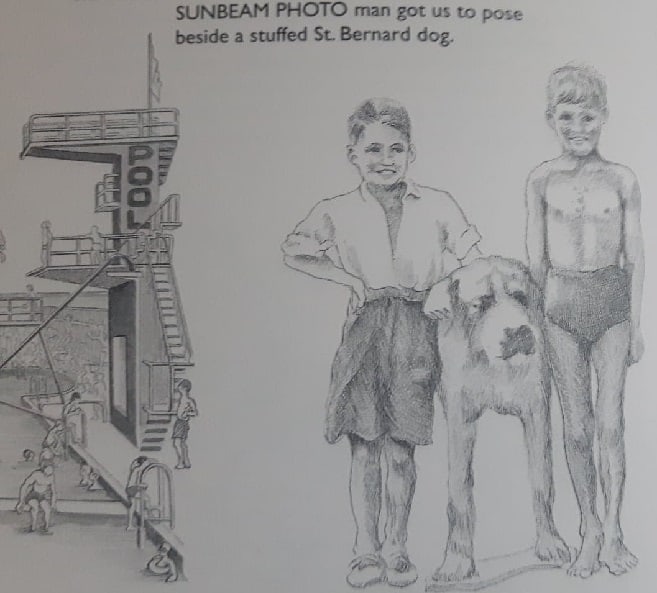 He said: “I trawled everywhere but then my brother said ‘why not draw what you remember?’ I did a lot from memory but also went around with my camera.”

The grandad-of-four moved to London for his studies and career but visits Ramsgate yearly with wife Jean, although this has become more emotive since his twin Fr Benedict passed away two years ago.

He said: “I love Ramsgate, my heart is there.” 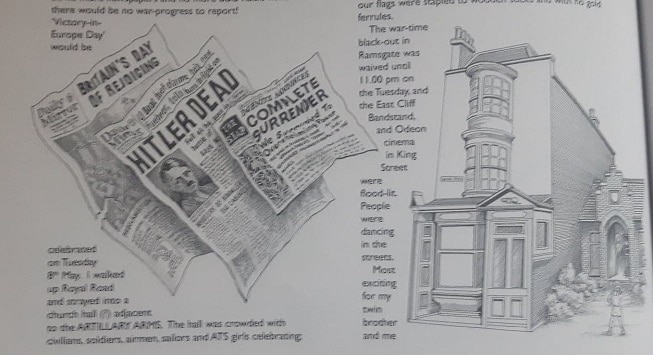 Wartime Childhood & Ramsgate Memories also recounts the years following the war, with ice creams and holidaymakers in the Summer and burst pipes and comics in the winter of 1947; days at a small school in London Road; failed plans for a mega-hotel at the Westcliff; St Augustine’s School, marbles and football and ending with a journey in 1950 to boarding school.

The hardback book retails for £12.50 plus £3 postage and packing.

The book is stocked by Ramsgate Tunnels. The Homefront Cafe in Ramsgate has a copy for customers to read, copies have been sold via the ‘Happy Ramsgate Memories’ Facebook page and talks are in place for it to be stocked at Custom House.

It can also be bought direct by emailing j.b.austen@outlook.com