A red feather boa and the ingeniously named Janet District Council were two of the features at the opening of a new Margate store. 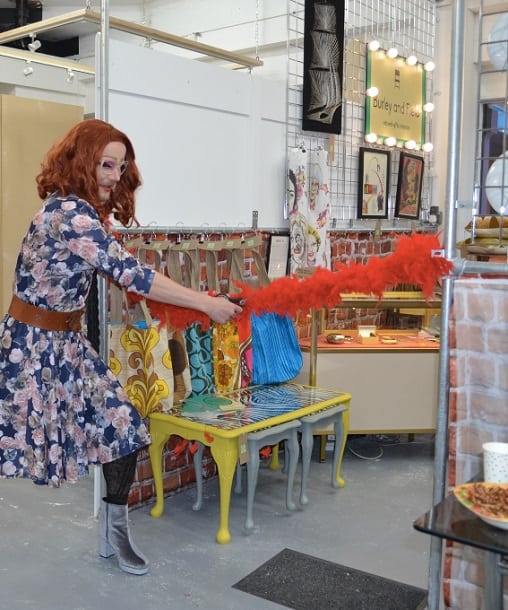 The venture, part of The Centre’s ‘UpMargate,’ is run by Craig Englefield with partner Richard Burley and is the culmination of months of hard work. Stock includes lovingly restored tables, cabinet, sideboards, dressing tables, record display units and much more.

As well as reloved furniture and Craig’s passion for all things retro, the store also offers vintage jewellery, Chokin and Blue mountain pottery, cushions and tote bags made from one-off vintage fabrics. 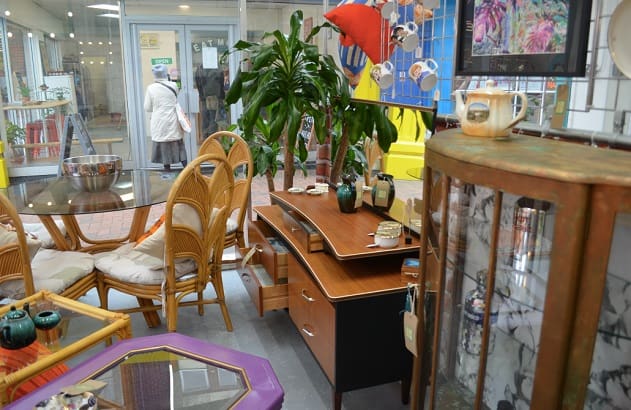 Richard said: “It was such a lovely day, seeing friends, family and customers supporting the opening, with great feedback on the quality of what we do which is so important to us. And Janet did her official duties with the professionalism that you would expect!”

Craig added:  “It was a great day and I am so excited to see all the other fantastic stores coming to UpMargate. It really is feeling like the indoor market that is SJ from Margate Superstore’s visio., I’m proud to be part of the continued regeneration in The Centre.” 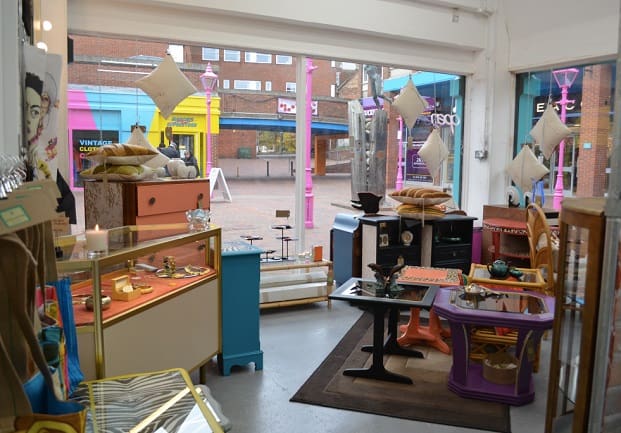 BurleyandField and other stores will open throughout December on Thursday’s for late-night shopping – join them for mince pies and Xmas music. The tree is going up this weekend.

Richard said: “I’m so excited to have a second place to decorate this year, even with Craig not so discreetly rolling his eyes.” 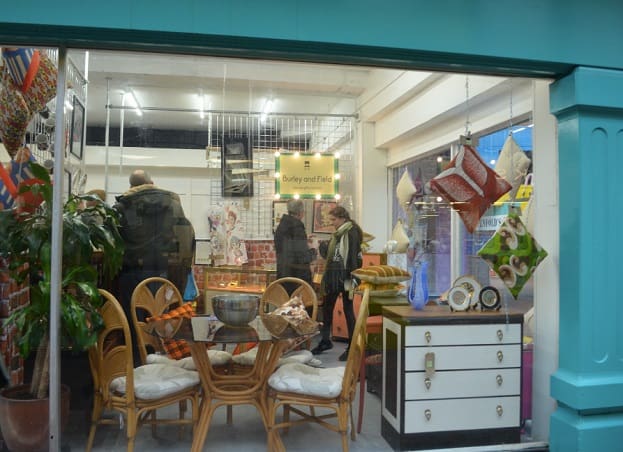 Other new stores that join Burley and Field at The Centre are:

PWR – Through workshops, talks, exhibitions and a retail mentoring programme the PWR hub aim’s to create and nurture a creative community and space that will empower marginalised women.

Mahal Kita Flowers  – flowers available for events, celebrations and special days all throughout the year. Festive wreath making workshops on November 30 and December 1.

The Rhodes Gallery – an exhibitor of fine art by established and emerging artists, run by Gav Blake and Jessica Robb.

The Centre has undergone a colourful transformation this year at the hands of new owners owner Sheet Anchor Evolve, working with Sarah-Jane Cook, best known as SJ, from the Margate Superstore and isle artist, Jade Spranklen, who painted the large mural on the wall opposite Peacocks.