The freewheeling fundraisers held a 24 hour cyclethon at the award winning centre’s headquarters in the town for this year’s Children In Need appeal.

The original idea was for staff and friends to ride two exercise bikes continuously with a hope of clocking up 1094 km – that is the distance to Taufkirchen in Bavaria, the home area of a group of German students on a language and cultural visit at the centre. 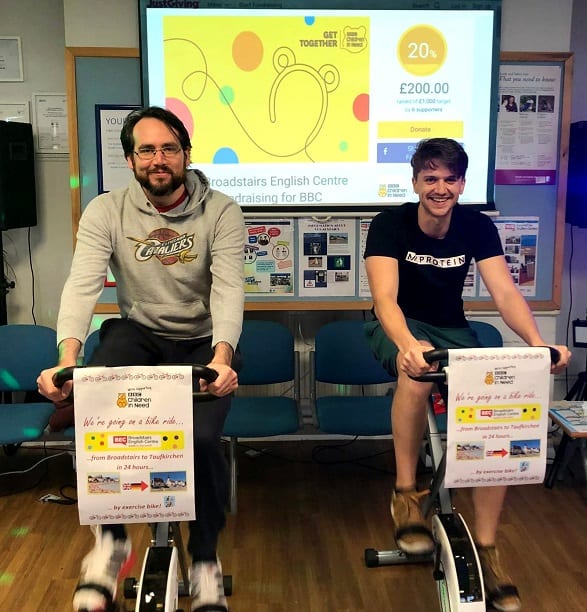 However, the cycling champs didn’t stop there when they hit their destination target, continuing in the saddle to reach 1513km, the equivalent distance of Verona in Italy.

BEC directors Chris and Alex McDermott said: “This was a fantastic effort for a really important cause. We surpassed our destination and managed to beat our appeal target. 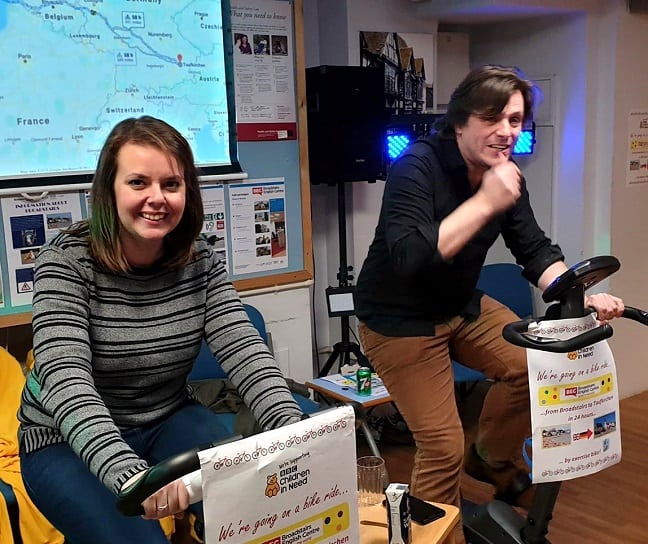 “Huge thanks goes to everyone who took part in the cycle ride and to our staff, host families and friends for their time, support and donations for Children In Need.”