Ramsgate’s Ramrock Red Records has announced a new signing and release to the label.

Between them, they create an ensemble of original sounds, licks and melodies which fuse electronica, trip hop influences alongside acoustic and natural sounds.

Liotia combines Abigail’s vocals and with Matt’s digital soundscapes and drum machine to deliver their original version on the “Blackout” EP. The song also features the work of local cellist Ivan Hussey and pianist Jamie Ferguson and was recorded at both On U Sound and Bitcat studios in Ramsgate.

There are remixes from Ashley Beedle and Darren Morris – the Africanz On Marz vocal remix and Melodica Dub (melodica courtesy of Dr Rey). Darren was the studio keyboard player for Massive Attack – known for 90s hits Teardrop and 100th Window.

The record has already gained national support on BBC 6’s Huey Morgan show and was featured in Bandcamp’s ‘Best Of’ weekly podcast.

Matt, who also works alongside producer Adrian Sherwood at On U Sound and is Living Colour’s UK/Europe tour engineer, produced Abigail’s debut EP ‘People Watching’ which gained support from Tom Robinson at Radio 6 and was licensed to producer Robert Miles’ Open Lab compilation. 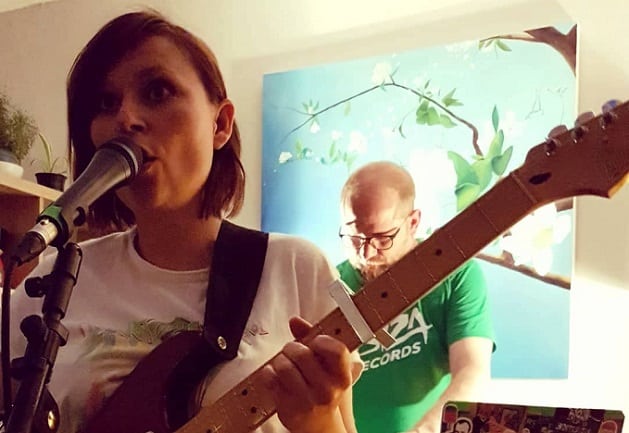 This working partnership progressed into the Liotia project with a tighter, polished more cinematic style including a range of acoustic and electronic instruments. The band have been likened to Portishead meets Little Dragon. Other releases from the duo include their debut EP So Close / Yours Tonight in July 2019

The EP can be ordered now at https://ramrock.bandcamp.com/album/rrr009-liotia-blackout-ep

Liotia also have local shows coming up on December 5 at Ramsgate Music Hall along with Argyle. NME’s 2015 Small Venue Of The Year and on December 12 for a benefit gig in aid of Thanet Winter Shelter at Elsewhere, Margate