Cliftonville Primary and Pre-School pupils have been getting involved in raising money for Children in Need today (November 15).

The children were allowed to come into school dressed in something yellow, or spotty or both. They were involved in a cake sale, baking and decorating healthy biscuits and a ‘Find Pudsey’ treasure hunt in and around the school.

The children especially loved taking part in Joe Wicks’ ‘Big Morning Move’ – where they enjoyed an exclusive activity session tailored for schools and live-streamed on the BBC Children in Need YouTube channel.

Deputy head teacher Louise Wilson said: “The children absolutely loved being active and moving around together as a fun way to start a day of fundraising for such a worthwhile cause.” 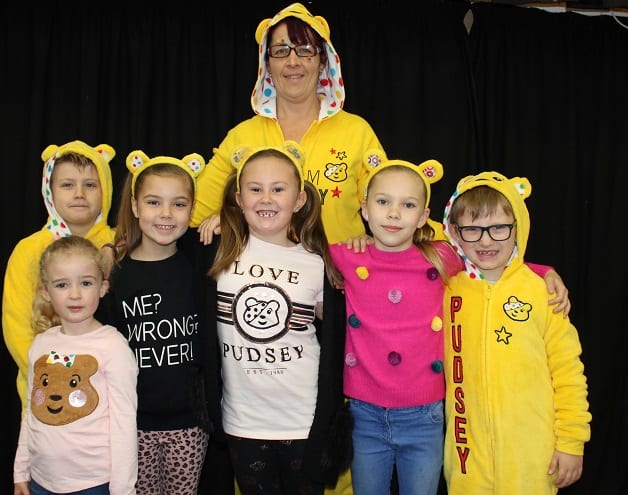 Children and staff at Newington Community Primary School in Ramsgate have had spots before their eyes all day.

As part of their non uniform day to raise money for the annual Children in Need charity appeal, adults and pupils donned an array of spot-themed colourful outfits.

Many wore Pudsey Bear tee shirts, onesies and bandanas. Others had their faces painted and daubed with large spots, and there were plenty of leisure clothes adorned with crazy designs and colourful spots.

Children also had the chance for a photo memory of the day and posed with Newington’s Pudsey picture frame. 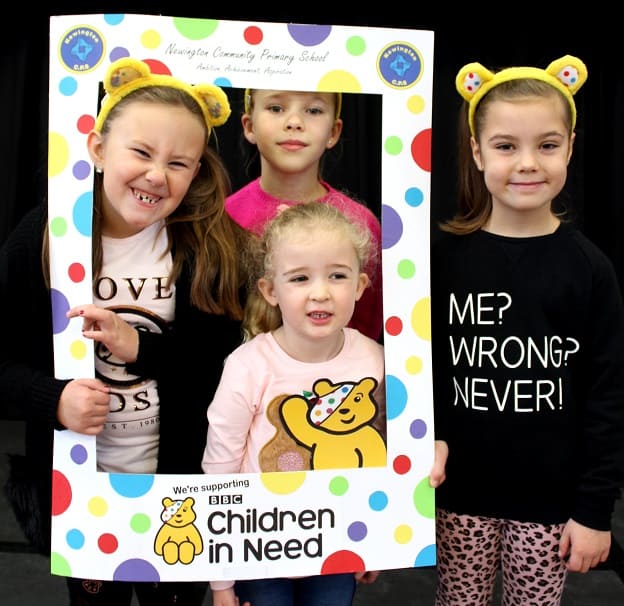 The event raised £500 for the charity and teacher Sarah Groves, the school’s charity co-ordinator, said: “I cannot thank the children, families and staff who all got right behind the appeal to raise a significant amount of money for charity.”

Head Teacher Cliff Stokes praised the school’s effort. He said: “This charity is all about supporting children with a wide variety of needs.

“It is very dear to our hearts at Newington and once again the response has been what I would have expected – generous and heartfelt.

“As well as having fun on Children in Need day, our boys and girls are reminded of a valuable lesson that it is important to support those locally and worldwide who lead poorer lives than they do.” 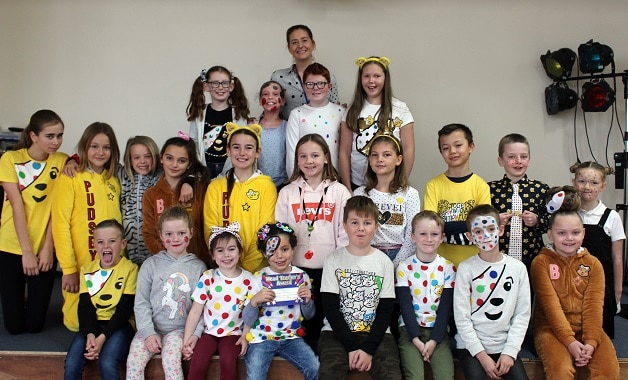 The charity bear who spearheads the annual Children in Need appeal took centre stage as pupils and staff demonstrated they are charity champions.

Spotacular outfits created a colourful backdrop to assembly, lessons, and playtime as the school entered into the community spirit of the charity that has raised a staggering £1 billion for needy children since it was launched. 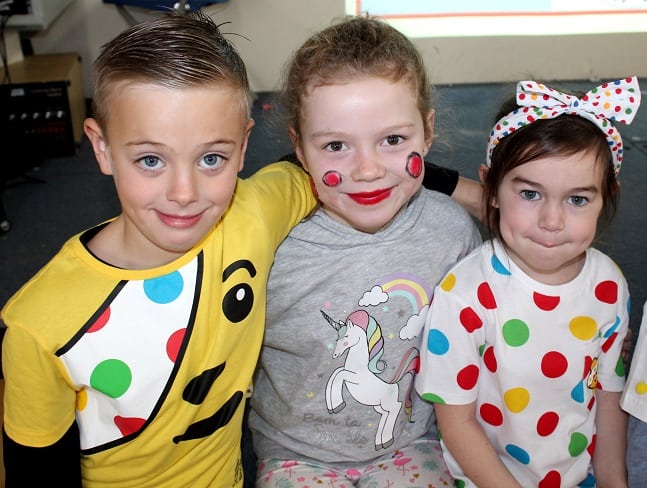 Painted faces and Pudsey onesies were among the favourites on show, as were a rainbow of outfits, tops, headgear, ties and bow ties in support of the 2019 appeal.

Staff joined in the fun on the non-uniform day as well, and the generous Chilton contribution was more than £380.

Head of School Kate Law said: “Chilton holds a variety of charity events and we are proud to support worthwhile causes locally and nationally throughout the year.

“The work of Children In Need is particularly important to us as it delivers much-needed funding, vital support and resources to make a real difference to the lives of so many children and young people every day.” 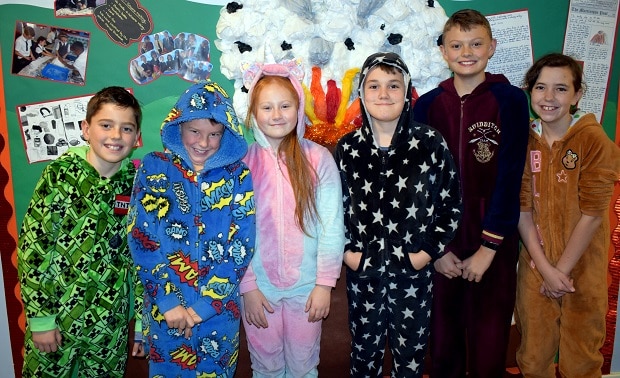 Pupils at Upton Junior School in Broadstairs went bananas in pyjamas for a fun-filled charity day to help needy children.

They swapped their smart uniforms to spend a day in their nightwear in aid of the 2019 Children in Need appeal, one of the many charities and good causes that the children, their families and staff support every year.

And although the idea was just to wear something spotty like Pudsey, Upton decided to go one better and bring in their own theme for the fund raising event and hold a pyjama party. 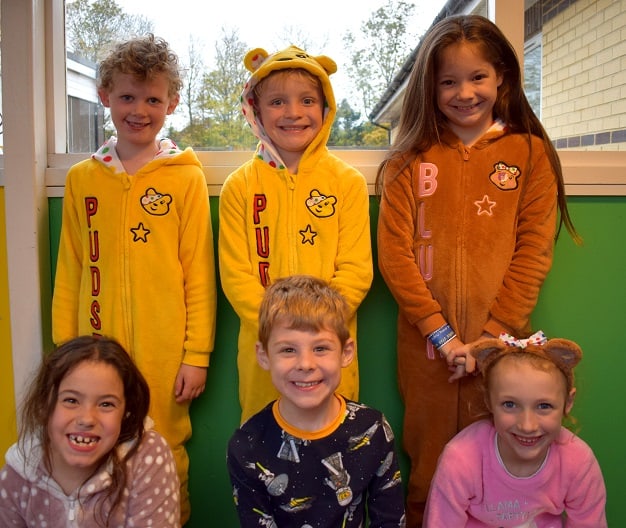 As well as onesies there were more traditional jim-jams on show as all the boys and girls went to school, sat in lessons, enjoyed break time and lunch in their nightwear.

There was a huge array of styles and a kaleidoscope of colours and snazzy designs on show. 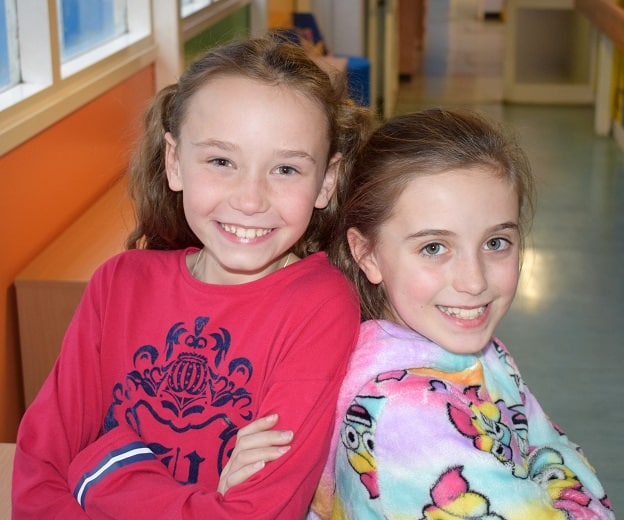 And many of the costumes were topped off with Pudsey ears, colourful and spotty ribbons and bows. 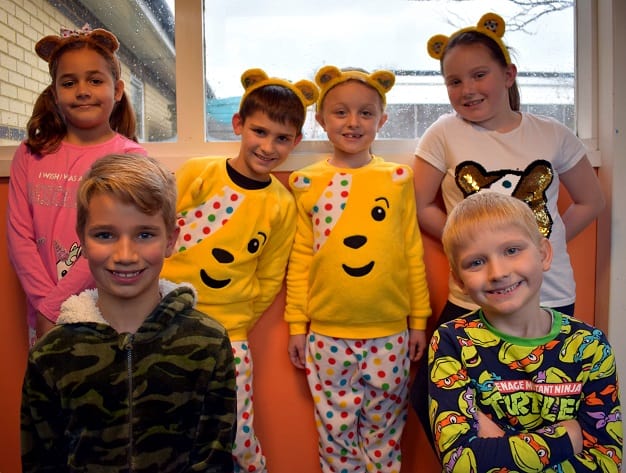 Head of School Darci Arthur said: “It was quite surreal seeing all of our pupils in their pyjamas but it was so colourful and there were happy children with smiles on their faces all day. We all had great fun and most importantly helped others less fortunate than ourselves at the same time.”