Broadstairs-based Isle Magazine cartoonist Royston Robertson is exhibiting a selection of his work at The Ravensgate Arms in Ramsgate.

The exhibition opened yesterday (November 14) and runs into January. The prints include cartoons from Isle, as well as national publications, such as Private Eye, Reader’s Digest and The Spectator.

All prints are £50 each, signed and framed, with 10% from each sale throughout the exhibition going to the pub’s chosen mental health charity, Mind.

The pub donated a keg of beer on the opening night to Mind, and Luke Crittenden, chef patron of the award-winning restaurant upstairs, Arya donated all money taken from bar snacks. 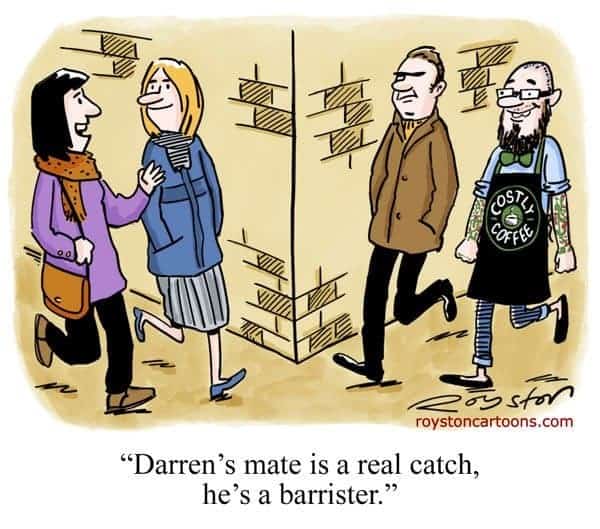 Royston, 51, has exhibited at group shows all over the UK and internationally but only held his first solo exhibition in June when pieces were displayed at The Four Candles micropub in Broadstairs.

He said: “”There are 40 cartoons in the show so it’s a lot bigger than the micro-exhibition I had at the Four Candles in Broadstairs in the summer.

“Hopefully it will give people a few chuckles through the dark days of winter. I’ve added a few Christmas cartoons and kept the Brexit ones to a minimum! Like my last exhibition, ten per cent of sales will go to charity.This time it’s the mental health charity Mind, which the Ravensgate supports.” 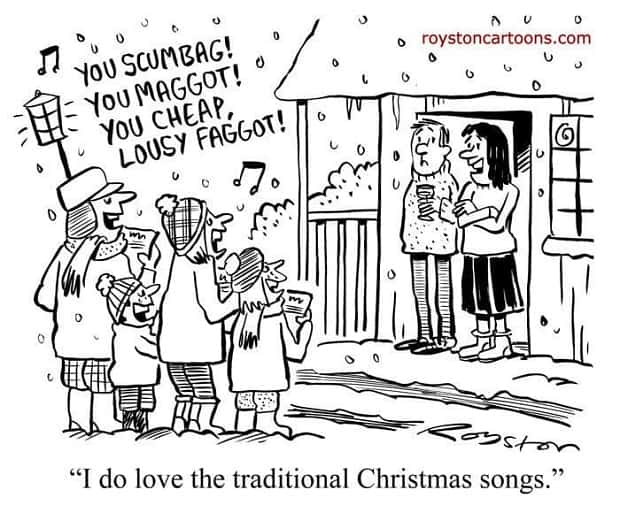 Originally from Yorkshire, Royston started submitting regularly to magazines in 1997 and has been published in Private Eye, Reader’s Digest, The Spectator, Prospect, New Statesman, The Oldie and others throughout the world. He has also drawn cartoons for Oxford University Press, Children’s BBC and Scholastic Children’s Books.

Royston at the Ravo can be seen at The Ravensgate Arms, 56-58 King Street, Monday-Thursday 3pm-11pm; Friday-Saturday noon-11pm; Sunday noon-10pm.