Made in Chelsea star, Sam Thompson will be making a special appearance at the Westwood Cross Christmas lights switch on, joining 90s boyband 5ive and Love Island Star, India Reynolds.

The switch on takes place on Friday, November 22 and the centre is set to welcome thousands of visitors with their biggest ever line up.

In addition to Made in Chelsea, Sam has appeared on Celebs Go Dating and Celebrity Big Brother, and most recently announced he is dating Love Island cast member, Zara McDermott.

Francesca Donovan, Centre Manager at Westwood Cross Shopping Centre, said: “We can’t wait to celebrate the festive season in style with three incredible celebrity appearances! From nineties nostalgia with 5ive to some of the UK’s biggest reality stars, we have something for everyone this year.”

Alongside the celebrity appearances, there will be special performances, entertainment and competitions. The fun will kick off at 4pm, with the big switch on at 6pm.

Ramsgate will host its Christmas light switch on event in the town centre on Sunday, November 24 from 12pm until 5pm, The event will feature the land train, handmade and vintage fair, human snow globe, elves workshops, lantern parade and live entertainment. Christmas lights go on at 4.30pm.

There will also be a Santa’s Grotto, facepainting and crafting at 26 Harbour Street.

The harbour will again be lighting up boats and the arches for the festive season. This usually takes place from the start of December.

Prize-giving for the best dressed crafts takes place at the Royal Temple Yacht Club on December 20. Proceeds from the illumiations go to Ramsgate RNLI. The event is sponsored by the yacht club and Ramsgate Town Team.

The light spectacular will be at their home in Nethercourt Farm Road on December 6-7 from 6pm both nights. 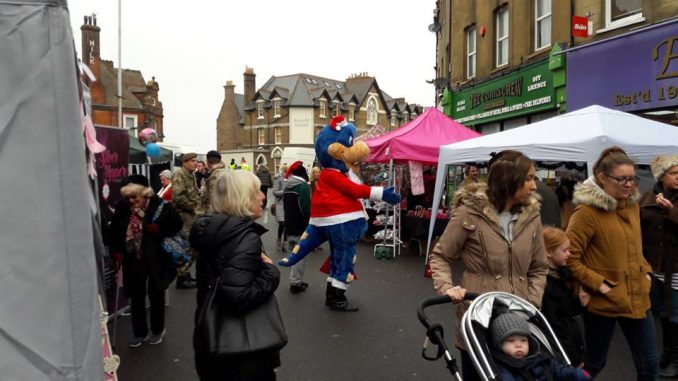 In Westgate Station Road will be bustling with a large street market, live entertainment on two stages all day, parade, funfair, grotto, food, drink and more on Sunday, December 1 from 11am to 5pm.

Broadstairs and St Peter’s Chamber of Commerce present the ‘Broadstairs Christmas Fayre and Light Switch On’ on December 7 from 12pm-5.30pm

There will be Christmas themed stalls, Santa in his magical Grotto, music and entertainment and the turning on of the Christmas lights at 5pm.

Birchington will host a Christmas event in Station Rad on Sunday, December 8 from 11am to 5pm.

The Cliftonville Partnership hosts its Christmas light swich on at St Paul’s Church in Northdown Road on December 5 from 4.45pm to 6.30pm.

The Christmas light switch on in Cecil Square will take place on November 29 at 6pm.

There will also be a special giant Snow Globe that guests can climb inside ( this incurs an extra fee).

Dogs will also be allowed on the park with their owners throughout the festive period.