A Thanet head chef is celebrating after being shortlisted in Bord Bia’s (the Irish Food Board) Best Dressed Irish Oyster Competition 2019.

Although Craig did not scoop a top place he made the final shortlist of 12.

He impressed the demanding panel of judges, including critically acclaimed chef Henry Harris, professional ‘ostrelier’ and founding director of The Oyster Lady, Katy Davidson, and Catherine Hanly, Editor at Hot Dinners, with a dish that they praised for its great taste and delicate flavour. 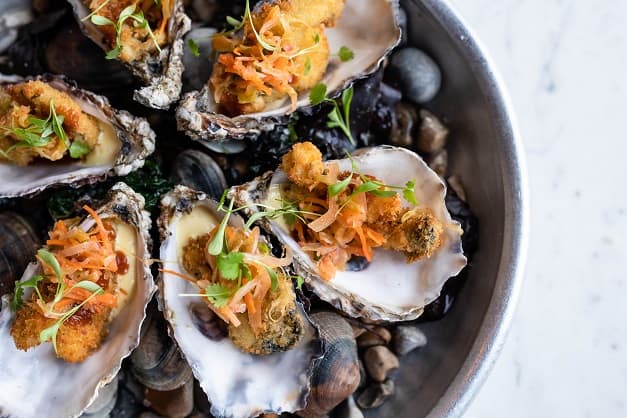 This year’s competition was particularly tough, leaving the judges unable to name a single winner. Instead, Dean Parker from Darby’s and Simon Lamont from Seabird, London, took the crown of Best Dressed Irish Oyster 2019 and were awarded with a trip to Ireland to visit the country’s leading seafood producers who supply high-end restaurants throughout the UK.

Donal Denvir, General Manager at Bord Bia added: “Irish oysters have long been hailed as some of the best in the world, with every region in Ireland producing their own unique variants. It’s great to have this opportunity to celebrate such a staple Irish food each year and it’s always a pleasure to see the creativity and expertise that’s on display on the day. This year’s competition really set the bar high and we were overwhelmed by the number of entries that we received from some of the UK’s top seafood restaurants.”