A total of 13 teams proved a fortunate number as the promised rain held off until the games were completed.

Games were seven minutes each way with a two minute half time break. Each team played four games and all players in a squad are guaranteed to play at least a half. The RFU believes in the playing of mixed ability teams in this age group and teams are made up of girls and boys. No scores were kept for the games but it was clear that the young players knew who had won the games. 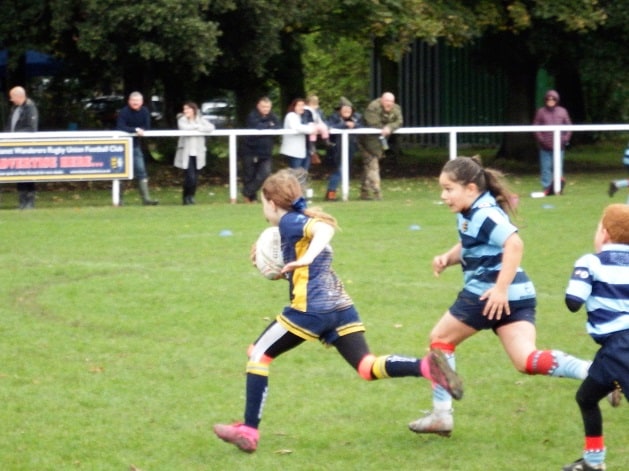 Each player went away with a medal as a souvenir of the day and hopefully happy memories of the festival where they all did their bit for their clubs. Thanks to them, their coaches and the families who supported sportingly and left the site litter free.

Andy Bull, Head Coach for the U10s, who led the planning of the festival was unable to be present on the day because of business reasons. The organisation on the day was in the capable hands of Geoff Redmond and Peter Ruranski with Patrick Liddle co-ordinating the team of referees made up of Kris Finneran, Tom Musgrove, Tom Whelan and Junior Chairman Chris Panteli. 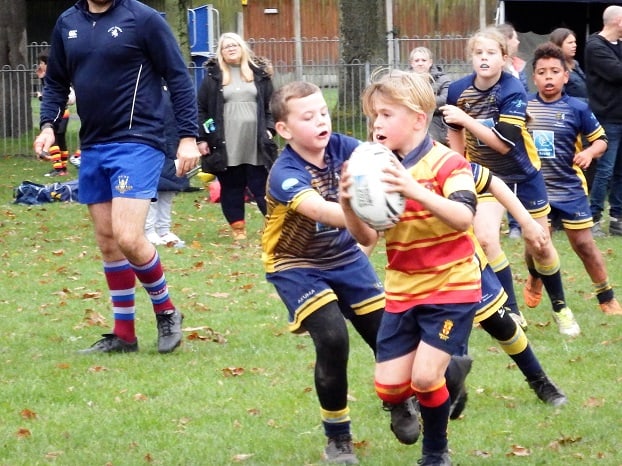 Visiting coaches also refereed some games to give them a break. Club volunteers, Andy Letts, Michelle Mclean, Wally Wanstall and Michael Whitehead provided invaluable help and Colin Whiteley had the happy task of watching lots of entertaining rugby and recording many scenes for viewing later online. Many thanks to everyone who attended or assisted particularly the team in the clubhouse led by Kelly and Gerry.