A beautiful bench tribute to the men and women who gave service to the civilian defence forces during Second World War has been officially unveiled in Westgate.

The seat, which is placed close to the memorial to the Westgate Sea Plane Base of the First World War and complements the one donated in June this year, is a tribute to the men and women of the civilian defence forces, who are so easily forgotten. 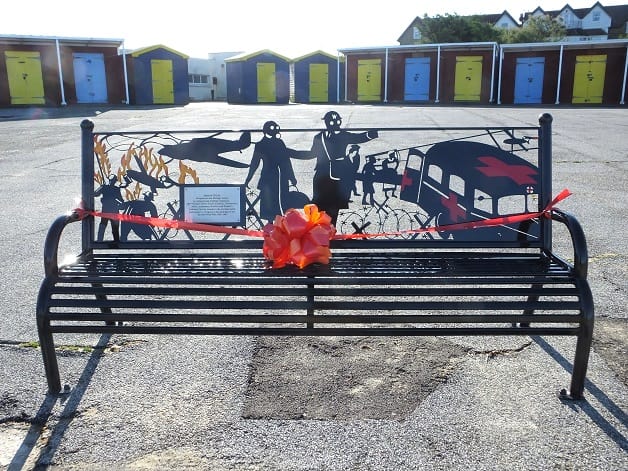 The weather was perfect – fluffy clouds scudded across a blue sky and the temperature was mild – in the midst of a week of rain and wind.

An orange-red ribbon had been fixed across the seat to blend with the orange flames depicted in the design, which the Heritage Centre had specially commissioned from the makers. 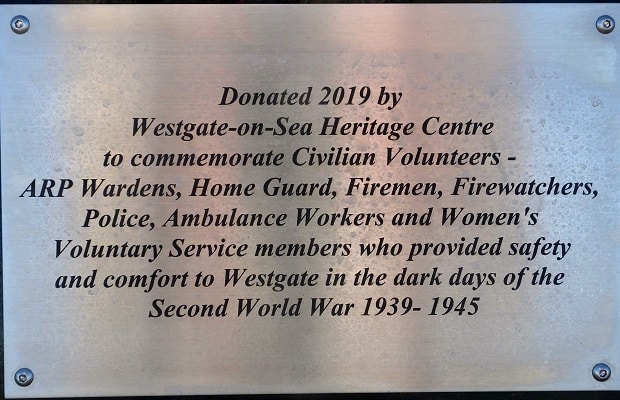 After a brief introduction by Dr Dawn Crouch of the Heritage Centre in which she outlined the services given by the civilians in the dark days of the war, the ribbon was cut by Chris Sandwell.

His mother, Marjorie Clifford, had served with the Auxiliary Fire Service in Westgate at its wartime headquarters in Roxburgh Road, close to where the ceremony was taking place. 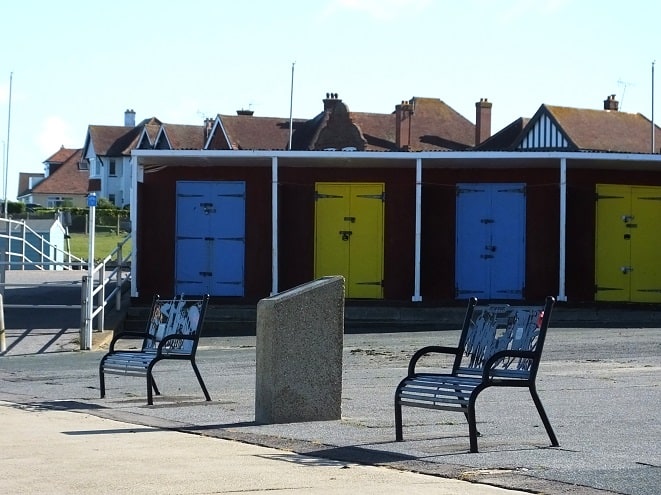 He spoke briefly of the stories passed on to him by his mother. Cllr Pennington then accepted the seat on behalf of the Westgate community and the Revd Karen Gooding, Priest-in Charge of St Saviour’s Westgate, led a short act of thanksgiving and remembrance.