The importance of democracy around the world and especially in the UK makes headlines every day.

And children at Newington Community Primary in Ramsgate made the news in their own way with their own Democracy Week leading to the election of new senior pupils.

During their campaigning the Year 6 candidates outlined their manifestos to pupils in the main hall, held their own hustings trail sessions with posters and stickers.

Ballot boxes in the school collected votes as pupils made their final decisions.

To huge cheers at the election count, two head boys and two head girls were elected – Haniell, Emily, Callum and Aiden – with the rest of the candidates named as deputies in the junior leadership team. 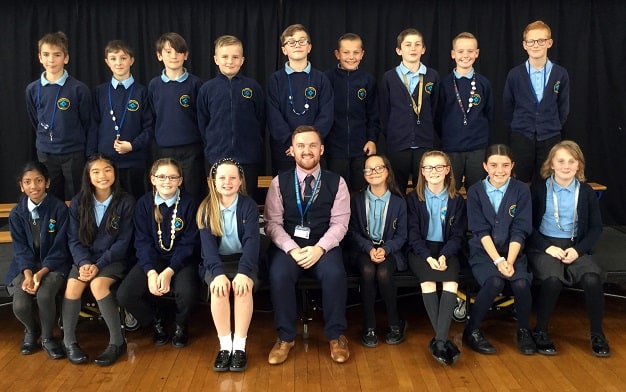 Haniell spoke for the whole team when she said: “We are going to work hard and have fun.”

Teacher Alex Ford co-ordinated the election. He said: “The quality of the candidates was very high and they all worked exceptionally hard putting forward their ideas. It is Any of them could have been named as head pupils because they were all so very strong – it was so important that our pupils took part and voted, and that their votes counted.”

Head Teacher Cliff Stokes said: “It is important for our school to show democracy in action particularly in the current political climate where there is so much confusing and multi-faceted information surrounding the current governance of our country.

“Our new head pupils and senior team will be terrific ambassadors for our school and will help and support their fellow pupils and staff in a variety of aspects of school life.” 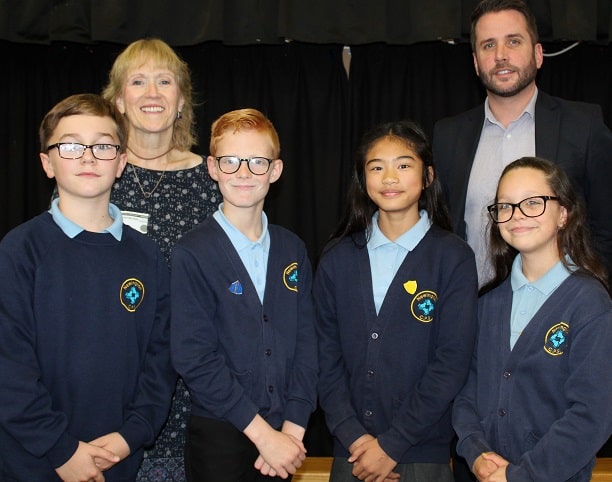 The ‘returning officer’ who announced the winning candidate was school governor Tricia Austin, who was joined at the ceremony by the newly-appointed chair of governors Jonathan Smith.

She said: “It is important for the children that they embrace and explore democracy at a young age. It is an important part of our society. I thought the election at Newington was excellent – well done to all those involved.”