Three men who all joined Thanet Wanderers rugby club just after the Second World War have marked more than 70 years of membership each at a special presentation.

Brian Bingham played for the club for 15 years and was appointed Vice-Captain in the 1953/54 season before being honoured with the captaincy for the 75th anniversary season. He researched and wrote a history of the club up to that time, no mean feat before the internet.

A business relocation entailed a move to Cheshire but he has remained a loyal and interested member of the club to this day.

Brian Gilham has celebrated his 90th birthday recently. He joined Wanderers immediately after leaving Chatham House School at the end of the 1946/47 where he played at scrum half or flank forward until the late 1960s. He spent many years on the club’s committee where he was fixtures secretary and clubhouse chairman. His great contribution to the club was recognised when he was made a life member in 1976. 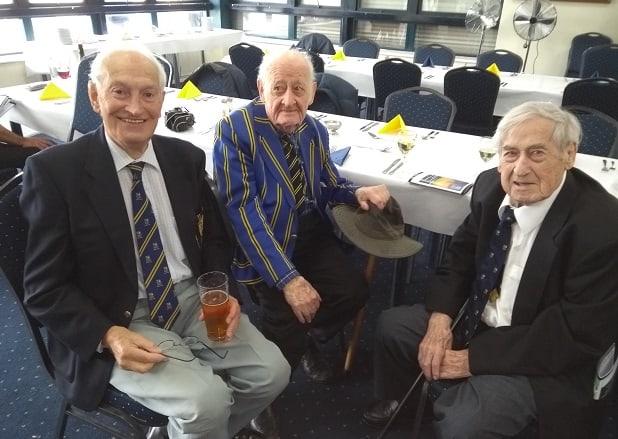 Roddy Macaulay became a Wanderer after the war and played as a wing three quarter until injury curtailed his career. This was a blessing in disguise for Wanderers for he channelled his energies into administration. Initially treasurer for 25 years, he then became club secretary for another 25 before taking a short break and then becoming President for five years until 2008. He was made a life member in 1969. The nonagenarian is still a regular at matches where he keeps a keen eye on today’s players from the clubhouse balcony.

All three were entertained during lunch in the clubhouse on Saturday (September 28).

Club President Colin Whiteley introduced the three and outlined their contributions to the Thanet club. He presented the trio with glasses engraved with the club logo and a little gin to sample from it. 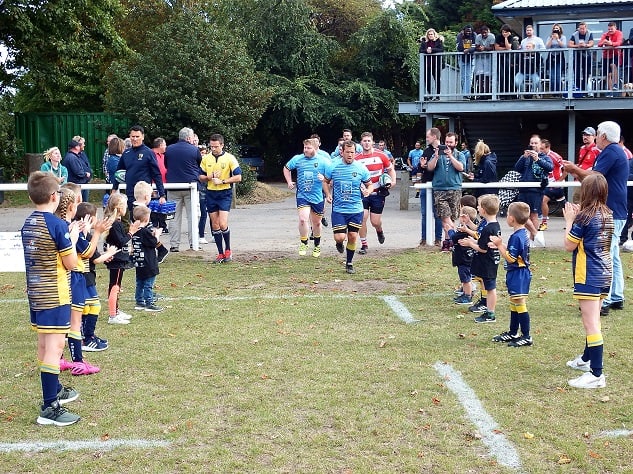 Accompanied by his team and some of the club’s youngest side, the U6s with their coach Mario Garcia, first XV captain Neil Wakefield then presented a shirt each to the three distinguished bearing their initials and chosen motifs plus a large 70.

The youngsters provided an enthusiastic guard of honour for the teams as they took the field.