A charity netball tournament has raised £1,100  for the Viking Day Care Unit at the QEQM.

The Thanet netball league teams played the rotating games to raise cash to help in the battle against breast cancer at the Viking Day Unit at QEQM Hospital.

The cause was chosen in support of player Kelly Todd who has recently been diagnosed with the condition.

Kelly, who plays for the Timber Wolves – aka Todd’s Tarts – is currently undergoing chemotherapy. 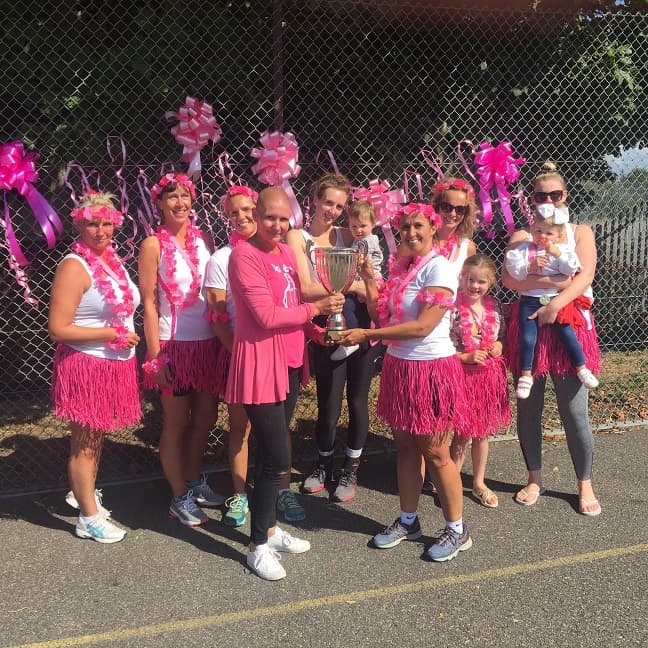 League chairman Linda Bushell said: “Kelly says that without this unit both her and her sister may not be here today. So, as fellow netballers we at TDNL wanted to raise both awareness and money.

“The lovely Kelly joined us on the day and kindly presented the medals and trophies to our winners.

“I’d like to thank everyone involved and also everyone that either donated cash and/or raffle prizes, our amazing committee for all of their support,  Le Bouquet florists for the fab decorations and Thanet Sports Trophies for donating the medals.”

Tournament winners were Miles & Barr, aka Piles and Bra, and runners up were Companion Care aka Companion Coconuts with J & L Allstars, aka J & L Jugs, coming third.