A boy hit by a train at Broadstairs has been rescued from the tracks and taken into the care of a waiting ambulance.

Emergency crews from the fire service, ambulance service, police and air ambulance were called to the railway station just before 6.30pm this evening (September 10).

Firefighters were called in by officers from British Transport Police to the report of a child being hit by a train at the station.

Crews worked closely with paramedics, BTP officers, the rail incident officer, and railway staff to rescue the casualty who was removed to a waiting ambulance. 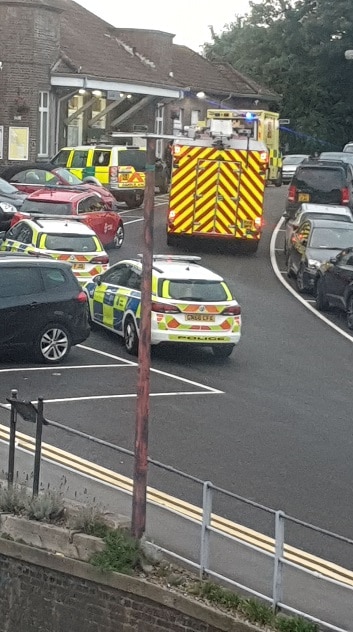 Southeastern notified travellers that the electric current was switched off and priority was to attend the affected person.

The air ambulance has now departed the scene.

Southeastern has alerted passengers that although the line is reopened there will be no services between Margate and Ramsgate and replacement buses will be brought in.