Margate Museum has announced the launch of Turner’s Margate – a new major exhibition that will coincide with the world famous Turner Prize exhibition coming to the town this month.

The exhibition, which is the biggest that the museum has staged to date, has been made possible due to a grant of £6800 from the National Lottery Heritage Fund.

From September 21  to January 12, visitors to the museum can explore what life would have looked like when artist JMW Turner spent time in Margate in the Georgian period. From an original 1821 Edmunds map of Margate to images of his love Sophia Booth’s house and a print of a watercolour Turner painted of St John’s Church when he was a school boy – the exhibition will tell the story of Margate in the 1780s, 1820s and 1840s, spanning from Turner’s time in the town as a school boy and into his adult life as an artist.

The museum will also hold a number of events for free or under £5 to bring to the exhibition to life. From Paint it like Turner art classes for children, to a pop-up cinema screening of Mr Turner and a day of Georgian food and music – families can learn about Georgian life in Margate. For more information on events visit: www.facebook.com/margatemuseum 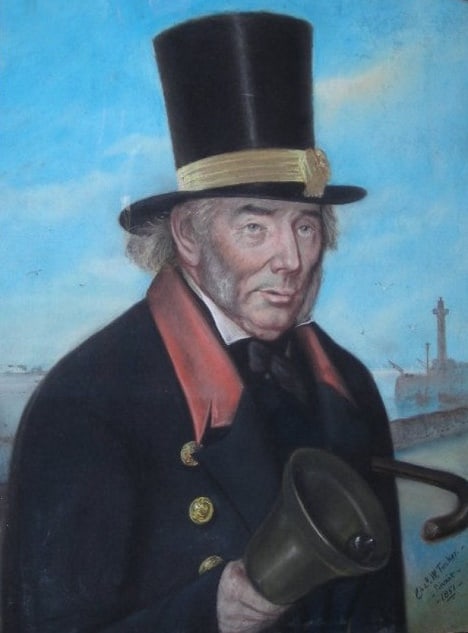 Visitors can also learn about some of Margate’s historic characters, such as Thomas Phillpott (above) and Pink of Margate (likeness below). Phillpott, known locally as Toby, was the rhyming bellman. Dressed in a splendid blue coat with a gold laced top hat, he was at the hub of Margate life, giving townsfolk and visitors the important news about lost objects, and arrival and departure times of steam trains. 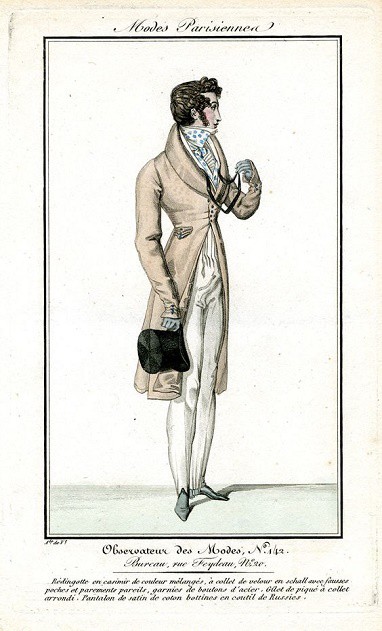 Howell, known locally as Pink of Margate, made his fortune as a tradesman. Historic records note that “he dresses five or six times a day-in the morning, a bathing dress-after breakfast, yellow unnameables, with a white jacket and sleeves, buttoned close to his chin” and that ”he declines using a hat for fear of discomposing the beautiful curls which adorn his cranium.”

Turner’s Margate is part of Margate NOW – an ambitious and dynamic festival of art, events and performances running from September 28 – January 12, 2020.

The town-wide programme will be bigger than ever before and will place art works in unexpected places. This follows a successful bid to the Arts Council for £219,000 of National Lottery funding as well as further contributions from Kent County Council, Thanet District Council and Dreamland Margate.

One of the best known prizes for visual arts in the world, Turner Prize 2019 is coming to Turner Contemporary from September 28 to January 12

Four of the most exciting artists working right now are shortlisted to win the prize based on an outstanding exhibition that has taken place in the previous year.

The prize is renowned for triggering debates around new developments in contemporary British art. The work of the four artists -Lawrence Abu Hamdan, Helen Cammock, Oscar Murillo and Tai Shani – will feature in the exhibition at Turner Contemporary and the winner will be announced at a major awards ceremony in December 2019.