The event was set up the year after Steve died tragically during Bank Holiday sailing at the club when the quad bike he was driving flipped over on the pier. 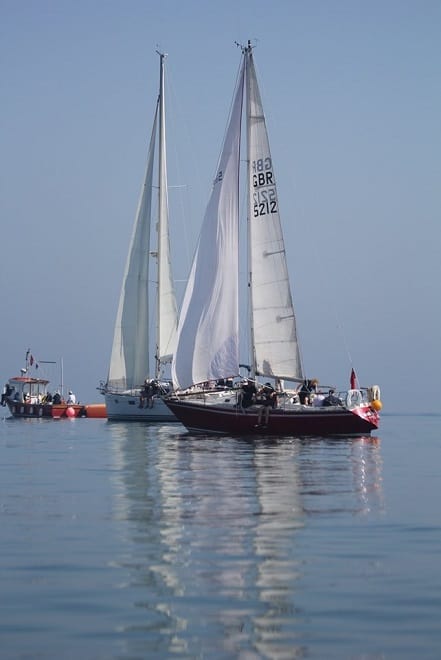 As is the custom Broadstairs were joined by six of the neighbouring Royal Temple Yacht Club yachts who held a race which, sadly due to a complete lack of wind, only three managed to finish the course. 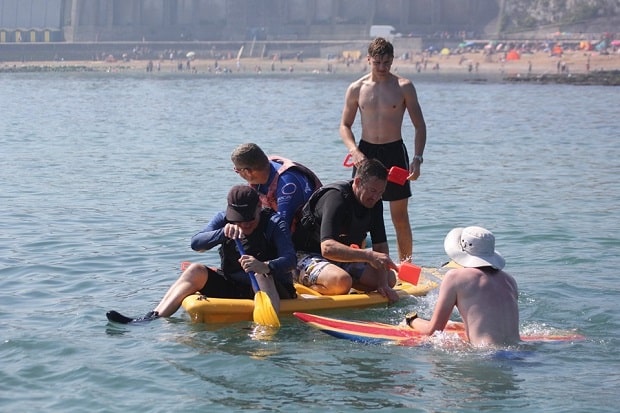 Due to the conditions the 32 dinghies signed up to compete were unable to race but they still had fun with paddling competitions. Afterwards a buffet was held in the club followed by an awards ceremony. So in the end with no competition winner the 2 Fat Ladies Trophy was awarded to a dog called Casey, who went out on the paddle board!