Litter warrior Wayne Dixon, from Blackburn, and his Northern Inuit dog ‘Koda’ are currently in Thanet as part of a mission to walk and clean along the UK coastline.

The pair, who have undertaken the massive litterpick over the last three years, were in Ramsgate yesterday (August 29) and are in Broadstairs today.

Isle resident Nik Mitchell, of Wildlife Conservation in Thanet, caught up with Wayne and Koda to talk about their journey:

The ‘One man & his Dog’ started their mission from the Fleetwood coast on February 1, 2016, but in November of that year had to stop due to bad weather. They started again in early 2017, from Formby, Merseyside, making their way around Wales, Devon and Cornwall, and reaching the Lizard in December.

They took a break for Christmas, then resumed the walk in Cornwall  Then Wayne, who is a former soldier, had to take a break due to issues with his leg.  The pair got picking again on May 15 this year (2019).

I bumped into them at Pegwell where I spent some time with them and took them in to provide them with food and drink. 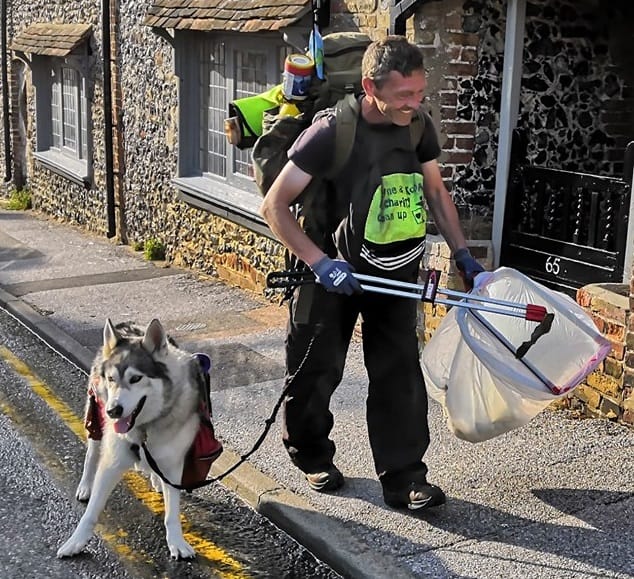 Wayne told me he tends to plan two days ahead at a time. He is self-funded but also relies on the generosity of environmental campaigners (like myself) and community groups who give him lodgings and feed him on his journey.

Wayne is undertaking the journey in memory of his father John Dixon, author of several walking guides, The fundraising for MIND is prompted by a history of Bipolar and depression amongst family and friends. 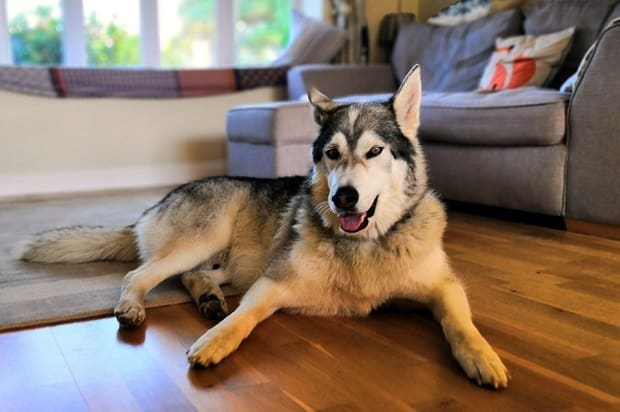 The funds for the Northern Inuit dog Rescue Society are prompted by Koda. At just 9 months old Koda had, had four previous owners. On the death of their father, Wayne and his sister Maxine inherited him and now, with support from his charity, he has found his forever home.

Wayne and Koda will be picking along our Thanet coastline from Ramsgate round to Birchington for the coming days until September 5, so keep an eye out for him and support him however you can.

The duo also popped in for refreshments at The Bay Tree Hotel in Broadstairs (pictured below) during his mission around the isle. 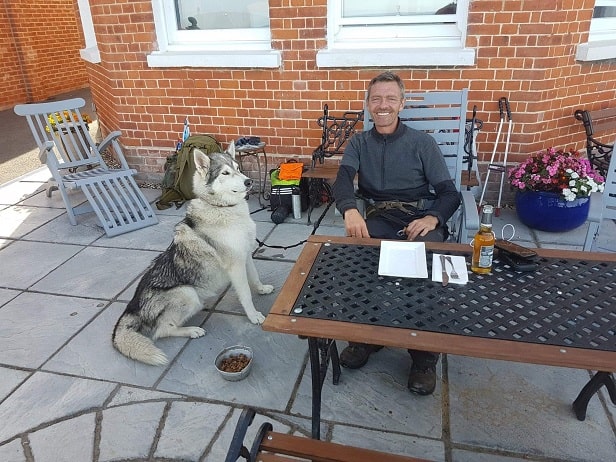 Report and photos by Nik Mitchell