The policeman puppet went AWOL sometime on August 12 and an appeal to track him down was published by The Isle of Thanet News.

Brent suspected the naughty policeman had gone to the pub with Punch and it now appears it must have been a pub crawl as he was found today (August 14) in weeds next to a Ramsgate bus stop!

He was spotted by Ramsgate mum Hayley Hawkes who was with her three children Chloe, 9 Finley, 8, and Charlie, 4.

Hayley said: “I spotted him in the weeds and remembered reading about it yesterday!”

PC 99 took a bus trip to Broadstairs with Hayley and her youngsters and was picked up by James from the Viking Bay Cafe who then delivered him safely back to Brent. 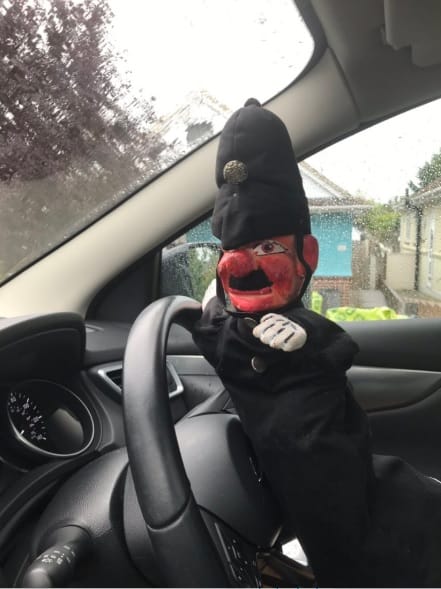 Brent, who has had his puppets for about 30 years, has put the policeman back to work!