Bands, floats, youth organisations, dancers and a host of weird and wonderful costumes will once again feature in Margate’s carnival parade.

This year’s carnival is on August 4 starting from Palm Bay at 2.30pm.

It sets off from Palm Bay Avenue, travelling along the Esplanade past Bugsy’s Bowling, The Lido, The Winter Gardens and onto Fort Hill, past Margate Police Station and through The  Piazza and Margate Soul Festival, towards the train station and onto the Royal Esplanade, Westbrook.

All categories have a 1st, 2nd and 3rd and will be awarded at 2:20pm before the carnival sets off. 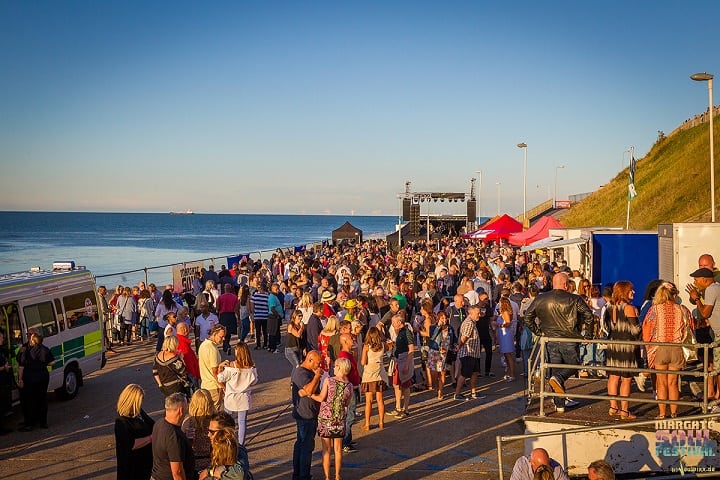 The weekend also features top live acts, DJs and a street festival at this year’s Margate Soul Festival. The festival, from August 2-4, is spread across Margate with nine indoor venues, four outdoor stages, the street event at the Piazza, more than 100 DJs and a grand finale at Margate Winter Gardens.

Appearing at the Winter Gardens on the outside Red Stripe Sunset Stage and indoors in the Main Hall on Saturday, August 3, will be UK Jazz Funk giants Incognito and Light of the World with special guests Michelle John, Lukas Setto and Mad Yella.

On Sunday, August 4 the festival finale features the latest modern soul sounds of Cool Million which features festival founder Eli Thompson on vocals. There will also be a special guest appearance by 80s artist James D Train Williams whose hit “You’re The One For Me” spawned his first US Billboard Dance chart number-one.

Janet Kay, Omar, Steve Nichol of Loose Ends and David A Tobin will also feature on the Sunday programme.

Live music will also feature at the street festival.

For prices go to https://margatesoulfestival.co.uk/