The winners of the annual Cliftonville in Bloom competition have been announced.

Among this year’s entries were an eco-garden, winning the best front garden category, and East Kent Mencap taking the prize for the new novelty garden category with their display which included a pom-pom sun, multicoloured rain, and crochet flowers

The Bloom event aims to encourage residents to use their horticultural skills to help the environment and improve the appearance of the community. The competition is organised and funded by the GRASS street scheme which is run entirely by volunteers living in Cliftonville.

Simon Bell, event organiser and Chairperson of GRASS, said: “We have been blown away this year by the quality of the gardens, it has got to be the best competition ever. The gardens were so varied in their approach, it was like Cliftonville’s very own version of the Chelsea Flower Show!

“We are thrilled that an eco-garden won the Best Front Garden category, it’s such a fresh way to approach a front garden and it addresses many current concerns about the environment. The judges recognise how difficult it is to make wild planting look like how the gardener intended, it’s such a fine line and our winner achieved it perfectly.

“This year we have also seen a huge rise in the number of entries in the Community Garden category, it’s great to see residents’ groups taking positive action to improve Cliftonville by replanting old flowerbeds that have grassed over. They look magnificent and will look even better next year.

“We introduced the Best Novelty Display category this year so that creative people who don’t have green fingers could take part in the competition. The displays don’t have living plants but do have a floral theme, and our winners this year certainly rose to the challenge. We are thrilled that members of the East Kent Mencap’s GOLD Project won Gold! They put so much effort into their display, it must have taken such a long time to make all the crocheted elements, and the attention to detail is incredible!” 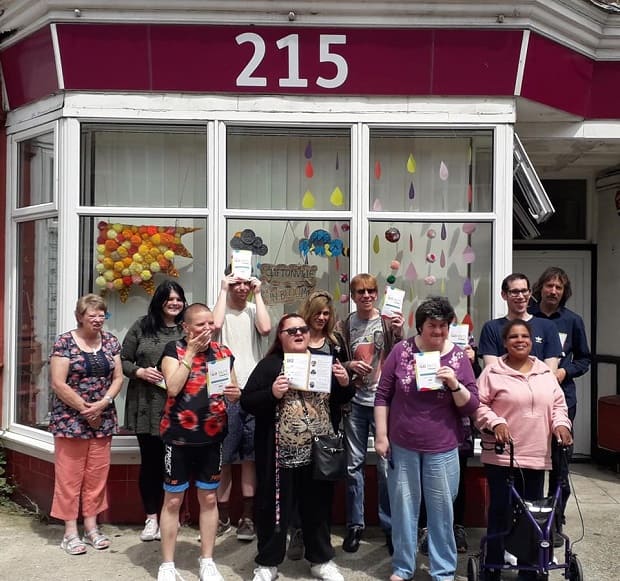 Suzanne Derham, of East Kent Mencap, said, “One of the aims of East Kent Mencap’s GOLD Project is to support people with a Learning Disability to get more involved in their communities and to show off their skills and talents. We felt Cliftonville in Bloom was a great opportunity to do just that.” 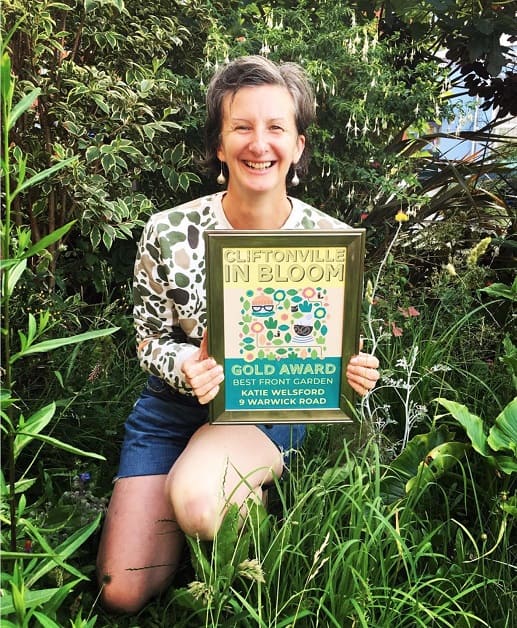 Owner Katie Welsford said, “We created our Cliftonville eco garden as we wanted to see if it was possible to create a mini meadow in a small front garden rather than digging it up for a drive way. We wanted to encourage wildlife, insects, bees and birds.

“As a busy family we also wanted an easy maintenance garden so instead of cutting the tiny lawn we have just let it do its thing and learn to appreciate how nature looks after itself. Our children now appreciate that a weed isn’t necessarily a weed, but every plant has its own quality and a role to play in the creation of eco systems. We have grown herbs to eat, figs for neighbours, weeds for bees so everything can have its day in our small Cliftonville front garden.” 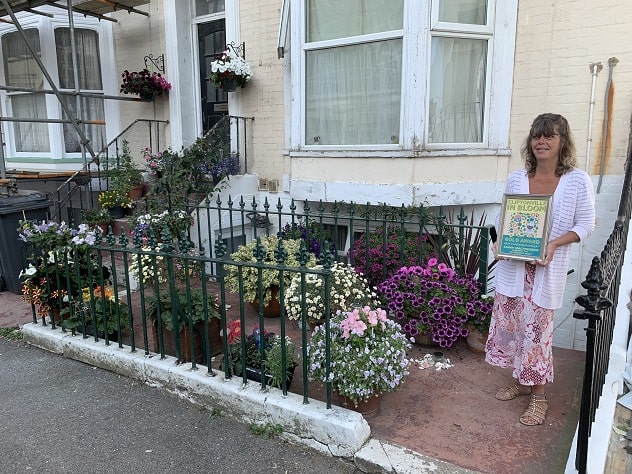 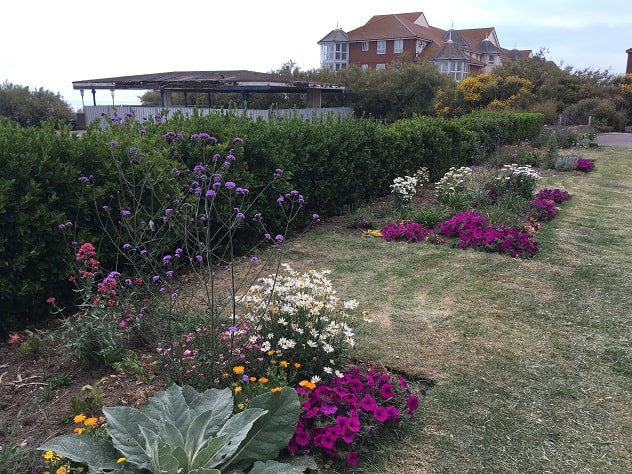 FOCC member Amelia Gregory said, “Friends of Cliftonville Coastline (FOCC) are extremely happy to have won Gold in the Cliftonville in Bloom awards. A dedicated team of volunteers dug, donated, planted up and maintains these lovely community flower beds, so that this much maligned and neglected part of the coastline can be admired and appreciated again.

“We are very pleased that both Silver and Bronze award winners are also on the Cliftonville coastline, proving that our community cares for and wants to improve our beautiful and unique heritage coast. Please join our Facebook group to get involved. This is just the start!” 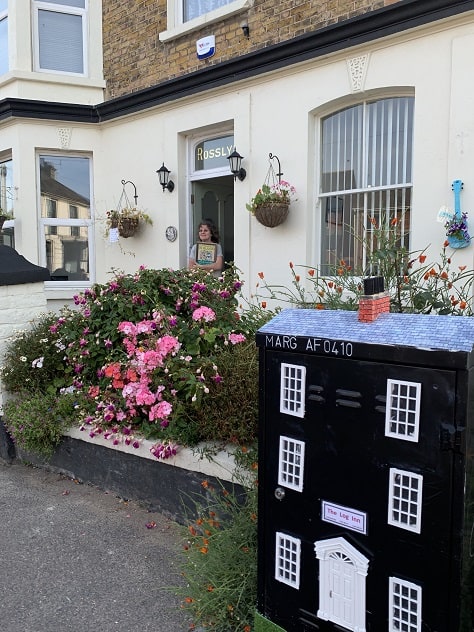