A loss of green land that has been open space since 1495, HGVs mounting the kerb and reversing down a narrow back road and a housing development which is now proposed to expand by more than a third is causing anger amongst Broadstairs residents.

Outline planning permission was granted in 2014 to build a terrace of five, 2-storey, 3-bedroomed houses on the Culmer’s Land site off Alexandra Road. The site was owned by the CT10 Parochial Charities but then sold to a private developer with the outline permission.

Both versions of the scheme were recommended for refusal by the town council which wanted Culmer’s Land designated as green space in the Local Plan.

But Thanet council granted the outline permission and is now due to decide on the changed application.

Numerous objections to the latest proposal have been submitted by businesses and residents about the development being overbearing, not in keeping with surrounding properties and fears of traffic congestion.

One objector adds: “Culmer’s Land was given by Richard Culmer to the Parish of St Peter’s in 1495 for the benefit of the ‘poor of the parish’. The site had never been built on since and was used as allotments and became a rich oasis of wildlife. The fact that it was sold to developers who are now trying to squeeze every last penny out of this land has made it deeply unpopular with the people of Broadstairs.”

The CT10 charity says the sale of the land complied with the Charities Act 2011 and any monies raised are part of the perpetual endowment and will be invested to produce an income. The land sold is separate to the land leased to the town council until 2031 on the amenity land.

Last month the charity said it would issue a statement regarding the site following a Trustees’ meeting. It is not known if the meeting has taken place yet.

Traffic chaos being caused by large vehicles entering the site for clearance and initial works has also become a bone of contention. 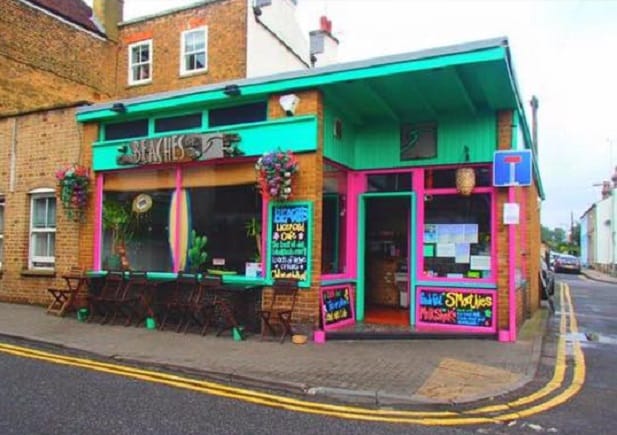 Beaches café boss Oliver Gardner says HGVs are reversing down the road and mounting the kerb by his café, causing noise and disruption.

Mr Gardner, who has run the business which is on the corner at Albion Street/Alexandra Road for 18 months, said: “There are several HGVs a day that reverse down Alexandra Road. They reverse from outside the cafe and are mounting the kerb right outside the door as they turn the corner.

“Apart from the inconvenience and noise, and this is a busy road at times anyway, they get very close to the buildings and I am worried that sooner or later someone will get run over. A lot of people come down Alexandra Road from the car parks, including a lot of the foreign students, and many walk in the road rather than on the pavement.

“Also the paving slabs on the corner were damaged by the HGVs. Kent County Council replaced them last Friday but on Monday they were cracked again.”

The planning application stipulates that there must be a Construction Traffic Management Plan with delivery vehicles limited to smaller sizes because of the road and that the site must have a  turning area to prevent vehicles needing to reverse.

The plan also includes the routing of construction vehicles and traffic management signage.

Thanet council’s planning enforcement manager has this week spoken to the agents for the site with regard to the breach of the construction management plan and they are now contacting their clients who are developing the site.

The developers will be warned that as the construction management plan restricts the deliveries to small size lorries if they continue to use HGV vehicles they will be at risk of a breach of condition notice being served on them.