Margate Central councillor Helen Whitehead will be doing a ‘sponsored shave’ to raise money for the judicial review into the decision by NHS bosses to replace six stroke units in Kent with three hyper-acute units.

The move will mean the closure of the stroke unit in Margate’s QEQM hospital, with the nearest hyper-acute unit at Ashford.

Campaign group SONIK (Save Our NHS in Kent), which Helen is a member of, have launched a legal challenge against the decision, and need to raise £15,000  to ensure their case gets to court.

The latest fundraiser might raise eyebrows in the council chamber, as Cllr Whitehead aims to shave off her hair, and dye the remaining stubble in a colour to be chosen by the donors to the GoFundMe page. 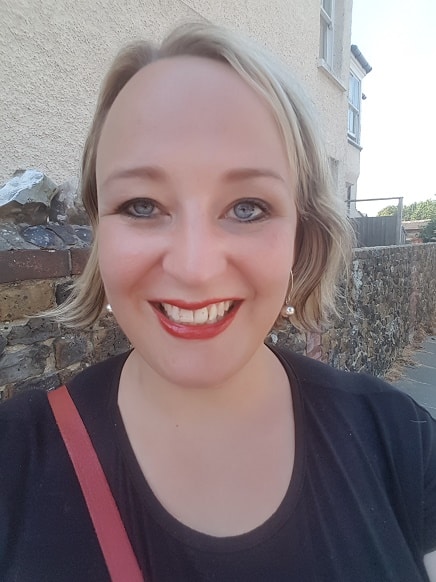 Helen’s head will only be shaved if the £1,200 total is reached and the ‘big trim’ will take place in front of an audience at a public place in Margate – location to be confirmed.

Cllr Whitehead said: “I’m determined to ensure that QEQM keeps the services we need and the Judicial Review is now the best way to do it. We need to hit our target of £15,000 and having a bit of fun whilst doing it and getting people involved seems like a great way to do it.

“If we lose our stroke service, we could be looking at losing linked services; this is the frontline for QEQM, and we all need to do everything we can to keep the services we need.
“Please, if you can, donate what you can; and make sure to choose a colour and have fun with this!”

The GoFundMe page can be found here

A spokesperson for Save Our NHS in Kent said “Three HASUs (stroke units) for all of Kent is not enough and Thanet made that message clear in the public consultation last year. But we have been ignored, and now we need the whole community to come together and help us to keep fighting”.

The group also have a benefit gig organised for the evening of Saturday, June 29, with popular local band Charlie Don’t Surf and DJ Mark. The band are playing at Elsewhere in Margate, entry is £5 and funds go towards the legal fees for the judicial review.

Later in the summer, SONIK is also planning to ‘Hold Hands for the Hospital’ – a protest on Saturday August 3 outside QEQM, in which protesters will be asked to form a chain holding hands “to symbolise the community’s wish to protect the QEQM, the hospital we rely on and value very much”.

They point to Northumberland which went from three stroke units to one HASU for the whole area in 2015.

A spokesperson for the stroke review team said: “Some patients travel over 60 miles to get there – a journey that takes well over an hour. Because the Northumberland HASU has dedicated staff and scanners available 24/7, the time taken to give people clot-busting drugs after arriving at hospital has reduced by over 25 minutes, and over 80% of patients get them within an hour of arriving at hospital.

SONIK contests the Northumberland example saying there were no improvements to death and disability and that these remained at the same level.

SONIK member Carl Jeffrey said: “£95m was spent on the reconfiguration, but there was no change in the death and disability outcomes over the 4 years and 9 months that it was monitored. The length of stay was shortened, which allowed them to save money. The changes didn’t lengthen journey times for anyone in the population served, as the existing units were all close together in the only urban conurbation in the region. Importantly, the Northumbria reconfiguration did not leave 10% of the country with a 60 minute journey, which will be the case in Kent.”