It’s not every day that you come face to face with a Columbian rainbow boa constrictor that can devour a large rat or an Australian tree frog that ate his girlfriend – but children at Upton Junior School in Broadstairs have done just that.

They explored the world of fascinating facts about curious creatures when Jaws and Claws visited to give them an up close and personal experience.

Ranger Phil Wallwork gave pupils the opportunity to hold and touch an array of creatures that were bred in captivity and which he keeps at home and cares for as pets. 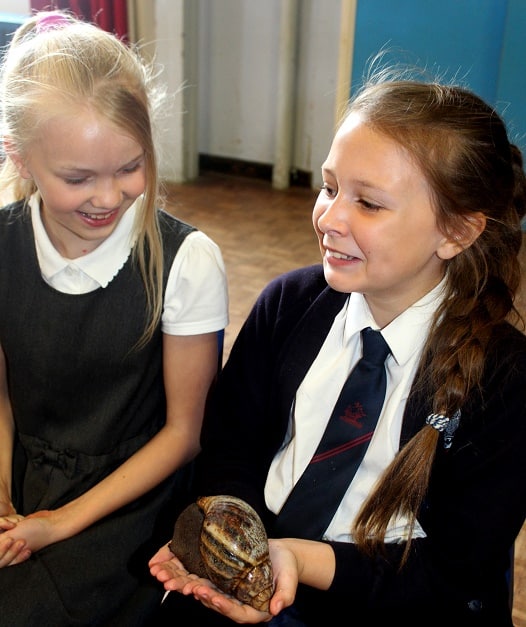 During the workshop sessions for the Year 5 summer term topic Existing, Endangered, Extinct, Phil introduced his ‘family’ to pupils and parents eager to learn more about Upton’s unusual visitors.

They met Dave and Ryan, the giant African land snails, who had been rescued as they were illegally imported into the UK as food. The herbivores have 10,000 teeth, can repair their own shell damage with a keratin secretion, and have two nose-like tentacles. 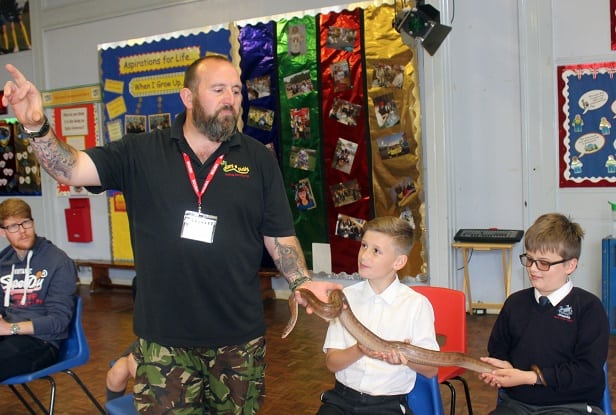 Lucy, the South American boa, was joined by Tina, the hedgehog-like lesser tenrec, that is part of the elephant family; Jimmy and Jenny, the Madagascan hissing cockroaches that can run through fire, live in a freezer for two years, and exist for two weeks without their heads;  Norman, the blue-tongued skink lizard; and Elvis the tree frog.

Phil said: “Bringing our creatures into school gives pupils the opportunity to get closer than they would in any zoo – they can really see what they look like and how they behave

“I discuss the creatures’ habitat, life cycle, ecological development and reveal some of their more disgusting characteristics, like the cockroaches who pass wind every four minutes and whose favourite food is bat poo.” 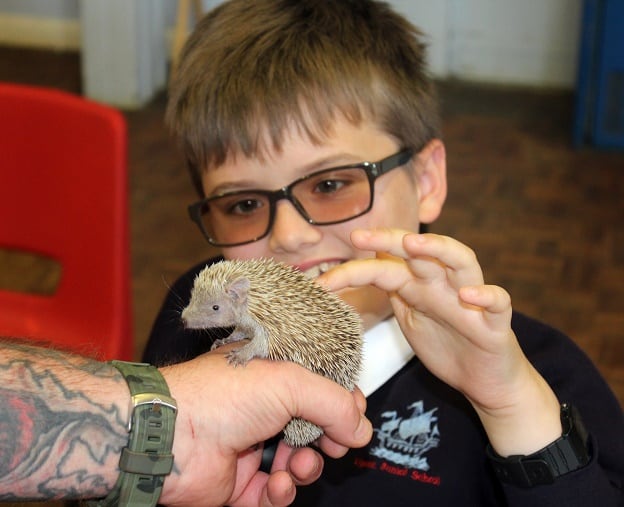 Jasmine said the boa constrictor “felt really weird.” She added: “It was really dry, not slimy, and you could feel its muscles moving under its skin.” Rebecca added that the cockroaches felt like “they gripped with suction cups on my hand.”

Head of School Darci Arthur said: “It is so valuable for pupils to have experiences like this – it enriches their learning and adds a different dimension to the follow on topic work they are doing. We all learned a lot from Jaws and Claws workshops that are structured around the National Curriculum – and it was great fun too.” 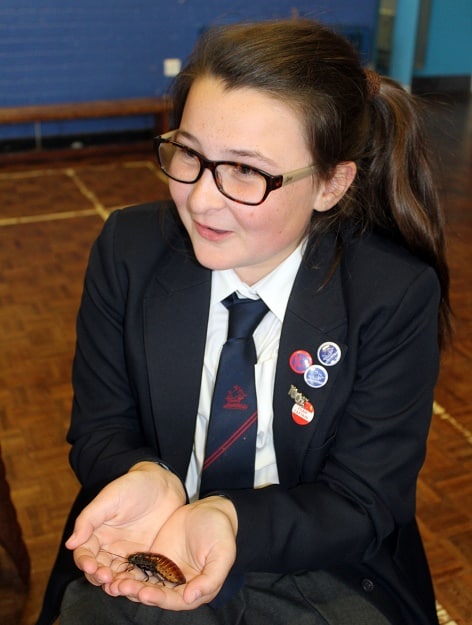 As part of the term’s topic pupils will explore the different animal groups such as insects, birds, arachnids, vertebrates and invertebrates, animals that exist, are endangered or have become extinct.