At high tide the sands disappear below 18ft of water and is the site of up to 2,000 ship wrecks.

But at low tide, a 10 mile long stretch of sand, shingle and pebbles appear – land that’s usually only enjoyed by sunbathing seals.

Now UK firm Rat Race Adventure Sports has held the first ever race on the Sands – with winner Brian Hancock setting a new ‘course record’ of 34 minutes and 20 seconds.

Rat Race founder Jim Mee ([pictured) says it’s the only 5km in the world where the course is ‘underwater’ most of the time. 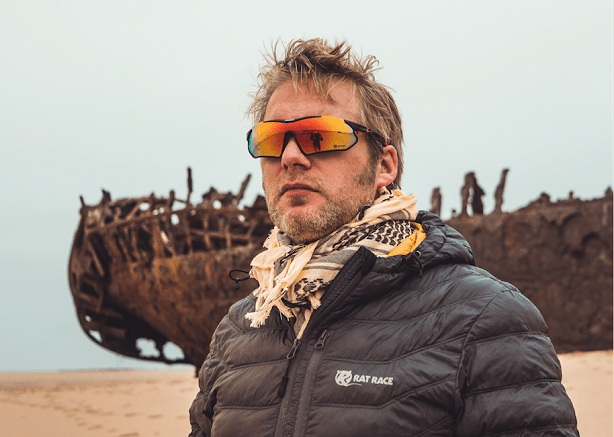 Speaking after the inaugural competition, he added: “The Goodwin Sands represent a truly unique and surreal environment on which to run a 5km. It’s a bit different to the typical park run, that’s for sure!

“Holding a 5km run in the middle of the English Channel has simply never been done before.

“And while the distance is short, running on water-logged sand, shingle and pebbles is really draining on your legs.

“And you’ll absolutely need to run it. Participants aren’t allowed to walk the route – and that’s because it’s literally a race against the tide to get the runners past the finish line and in a boat before the Sands are swallowed by the waves once more!” 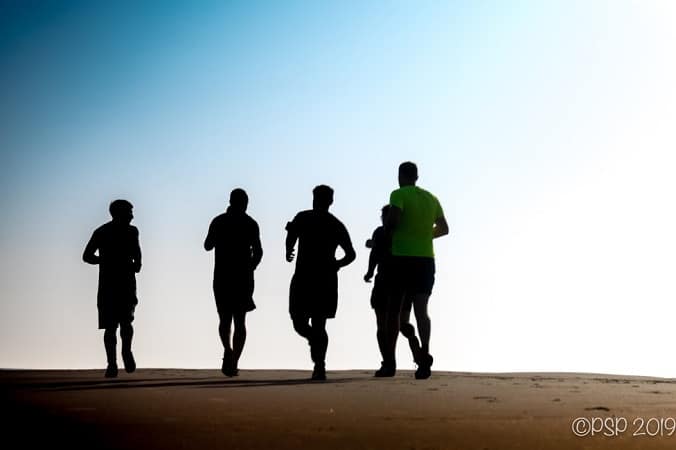 The hardy participants were dropped off and then picked up in a rigid-inflatable boat (RIB).

The Goodwin Sands boast a rich and varied history. It’s seen as an important mating site for both grey and common seals and it has also been earmarked as a potential marine conservation zone.

But it’s more famous for laying waste to ships, and also became a grave for some 80 British and German downed aircrew during World War Two. 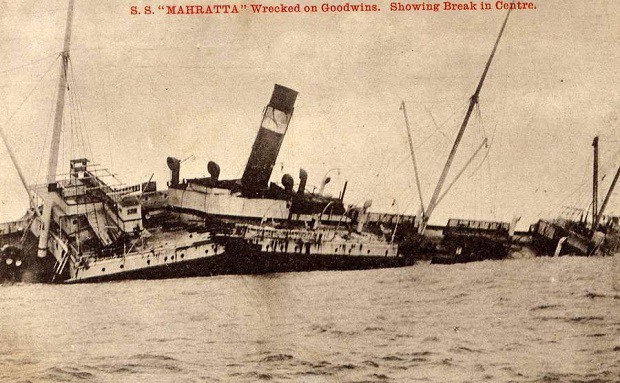 The sands have entered the region’s folklore over many centuries, being named Lomea, or ‘Low Island’ by the Romans and is today often referred to as ‘The Great Ship Swallower’.

Coastguards warn the sands have a complex system of strong currents and complicated tidal flows that see them constantly change shape.

One of the most recent incidents came in 1991, when the pirate radio vessel the ‘Ross Revenge’ ran aground on the Sands.

Meanwhile BBC film crews are not immune to the dangers either.

In 2006 a team from BBC’s ‘Coast’ attempted to film a game of cricket on Goodwin Sands – recreating a tradition which dates back to the summer of 1824.

But both cameramen and cricketers ended up on a sticky wicket as the onrushing tide caught them out and resulted in them not only having to be rescued by the Ramsgate lifeboat service, but also losing hundreds of thousands of pounds of filming equipment in the process. 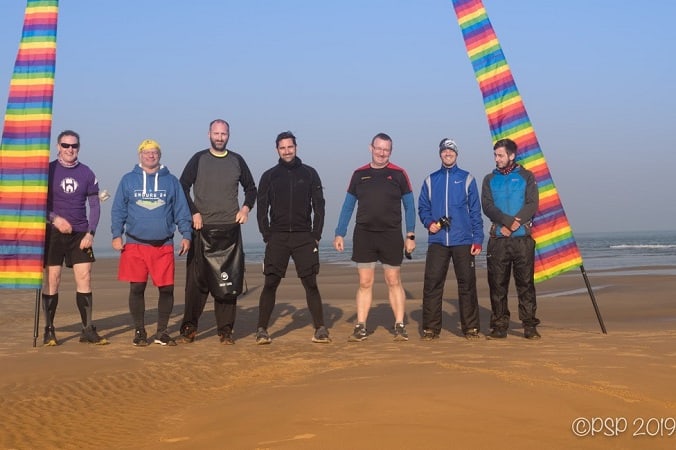 Jim said: “Our Goodwin Sands 5km hopefully captures a certain eccentric British spirit. It’s about putting yourself into a bizarre and otherworldly position, just for the sheer thrill of it.

“You’re sure to finish the race with soggy feet, but also armed with that all-important tale of derring-do to tell down the pub.”

The Goodwin Sands run – which costs £199 to enter – is just one new race in their 12-strong ‘Project: Explore’ series, which aims to offer unique and bespoke races for small groups across the UK.

In March this year the ‘Mongol 100’ take place – a 100 mile long four-day mission across a frozen lake in northern Mongolia.

November will see the first ever Rat Race ‘Race to the Wreck’ taking place, which is a 127 mile journey through the barren Namib Desert in Namibia, with competitors facing gargantuan sand dunes as they rack-up 15,000 ft of ascent, in 40ºc heat, on their way west to the infamous Skeleton Coast.

Meanwhile a ‘coast to coast’ race through the jungles of Panama is also earmarked to take place early next year, with entries open now.

Jim adds: “There’s a growing number of casual racers who’ve been there, got the finisher’s medal and who are now looking for something else, something even more extreme.

“So with our Bucket List events we’re catering for those who want extraordinary, bespoke challenges in true wilderness locations and who aren’t afraid to step out of their comfort zone. We’re talking true wilderness experiences in some of the farthest-flung corners of the Globe.There are no gimmicks, it’s just pure adventure.” 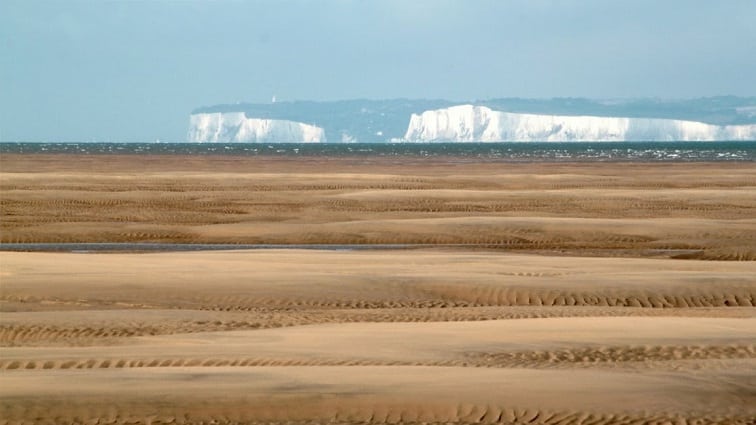 A Judicial Review of the Marine Management Organisation’s decision to allow dredging of the Goodwin Sands by Dover Harbour Board took  place at the High Court on Wednesday, June 5.

The sand targeted for dredging is one of the habitats designated for special protection within the Marine Conservation Zone.  The conservation objective is to maintain the sand in its current favourable condition.

However, the MMO concluded that dredging would not hinder these objectives because Natural England advised them that the fauna would recover within five years.

The Judicial Review is being seen as a national test case about the robustness of the marine licensing process in respect of the Blue Belt initiative.

The Judge, The Honourable Sir Duncan Ouseley, asked probing questions of both sides during the hearing.

The Judge is deferring his decision as the submissions took all day. He gave no indication of how long it would take but it is hoped judgement will be before the end of the month.