Pupils from Laleham Gap School in Ramsgate have been learning outside of the classroom with a visit to the Margate community mosque.

Teachers Paul Ursell and Sam Parkin, who lead Year 9 lessons called Learning to Learn, took a group of pupils to the mosque as part of their Spiritual, Moral, Social and Cultural Education.

Mr Ursell said “The great thing about offsite learning like this is seeing the connections the children make and listening to the great questions they were asking.”

The Imam showed the group around, covering all the fundamentals they would need to know. They got to see where Mosque goers could perform Wudu, their pre-prayer cleansing routine. When the Imam told them he had been in to prepare for first prayer at 2.45am (having been still finishing at the Mosque at 11.30pm the night before) they did begin to understand a lot more about prayer. 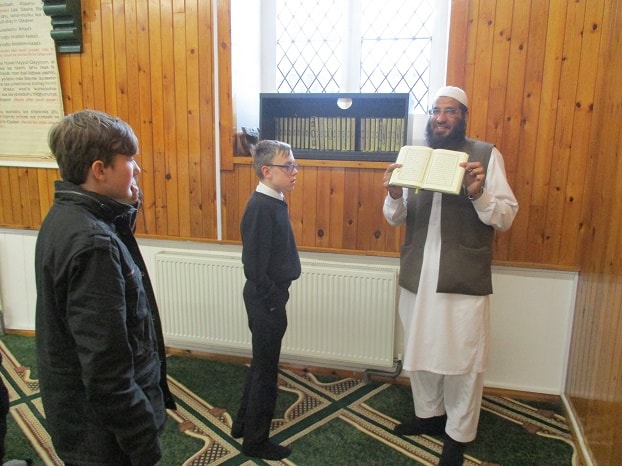 Mr Parkin, who is 14+ Lead at the school, explained: “We teach them all they need to know in school, but coming here and seeing a Minbar, or seeing a Qu’ran being read from right to left, for instance, really complements and consolidates that.”

The Imam made a point of complimenting the children not just on their great behaviour but also on the great questions they asked. 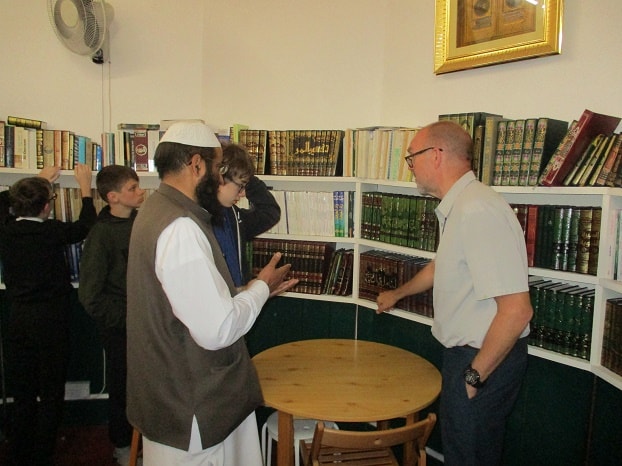 Mr Ursell, who has organised previous trips to the Mosque, was very grateful for the hospitality shown “as always,” such as all the pupils being given juice and chocolates.

The trip to the Mosque is part of the school’s wider SMSC education, where the children discuss broadly religious, spiritual, moral and social practices and beliefs.