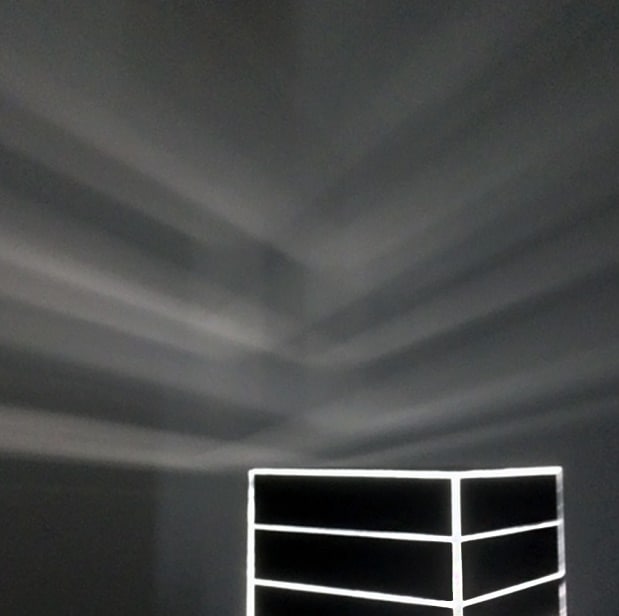 For this exhibition the collective will offer an exploration of individual ideas and concepts concerning layers within the natural world; gender identity; female/male body; and human relationships from both an extended and intimate perspective.

The collective brings together new work from a platform of different mediums, alongside the revisiting and integration of previous work. The discovery of the threads and interrelationship between their individual work is an ongoing positive dynamic, which embraces difference, tension and cohesion.

A rare chance for the public to see inside two Pugin properties lovingly restored by The Landmark Trust.

The Grange was built by Augustus Pugin in 1845 and remained in the family until 1928. The building reflects Pugin’s belief in the Gothic style as the only true Christian architecture and his ideal to live out his life in the Middle Ages. Pugin produced some of his finest work at The Grange including designs for the House of Lords.

St Edward’s Presbytery which was built by Augustus Welby Pugin in 1850, part of this great architect’s original conception for this  important Gothic revival site on the West Cliffs.

The Presbytery has much restrained Pugin detailing to admire, although this simple house was not given the rich interiors of The Grange. It housed priests for only a few years. In the 1860s, Edward Pugin added a well-lit studio overlooking the courtyard of The Grange for his own architectural practice. Pugins lived here until 1928, when the Presbytery became part of the monks’ school.

Free admission and leaflets on the building’s history available. No need to book.

The Choir was formed in 1977 and performs approximately fifteen concerts a year and raises many thousands of pounds for various local causes and charities in the East Kent area. During its thirty-five years the choir has also performed in France, Italy and Germany as well as in the UK.

Fun, family afternoon with Vincent Van Gogh as the theme including the unveiling of the Van Gogh bust by renowned sculptor Anthony Padgett

12noon-1pm: Unveiling of the magnificent Vincent Van Gogh bust gifted to Ramsgate by sculptor Anthony Padgett
1pm-5pm: An afternoon of music, art and entertainment for all the family. Art workshops, food & drink & a choir singing Vincent!
5pm-7.30pm: Friends of Spencer Square continue the celebrations to raise funds for the upkeep of the gardens at Spencer Square
6-7.30pm: Screening of ‘Loving Vincent’ courtesy of Ramsgate International Film & TV Festival at The Falstaff Hotel, Addington Street

Harmony Ladies Choir and friends’ summer concert is being held on Saturday, June 15, at 2.30pm at St Philip’s Church in Palm Bay.

The first ever Dreamland Proms takes place on the Scenic Stage from 6pm, with the BBC Big Band and Claire Martin MBE proving the best swing, jazz and big band tunes for all to enjoy.

Widely regarded as the world’s leading and most versatile orchestras, The BBC Big Band consistently delights audiences old and new through their radio broadcasts and live performances. Stalwarts of the Royal Albert Hall, the Proms In The Park at Hyde Park and numerous festivals, the band is best known for its show Big Band Special on BBC Radio 2 as well its appearances on BBC Radio 3’s Jazz Line Up.

Conductor Barry Forgie will be at the helm and featured vocalist Claire Martin OBE leading the troops.

Poet and storyteller Nancy Charley presents The Gospel of Trickster, a new poem that forms the basis of a monologue created by Charley and theatre director Tamar Saphra. Charley’s audacious antihero, Trickster, is a ‘sorcerer of sh*t, shape-shifter, who can become lion, whale, snake, bone-sifter, shadow-filler, master of taunt and tease, who dares persuade an angel wrong is right.’ And so he slips into the gospel stories to cause a bit of disruption and mayhem.

The performance is accompanied by a new book from Hercules Editions, which features the poem in full, essays by Charley and cultural commentator Sophia Deboick, and specially-commissioned drawings from artist Alison Gill inspired by children’s Bibles, gaming culture and fairy tales. The images and poem together stress the sometimes dark, sometimes playful nature of this retelling of the Gospel story for modern times. 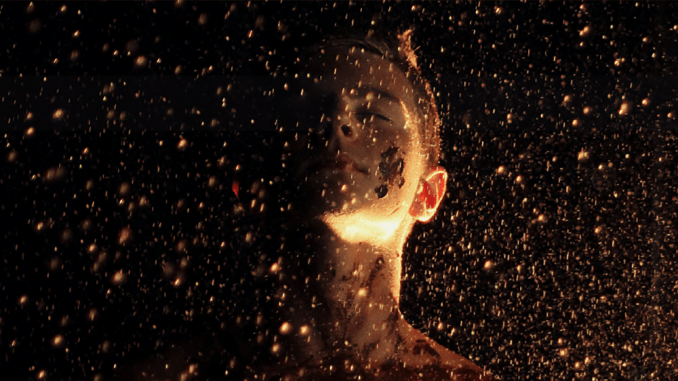 Regency Performing Arts presents their annual ‘Summer Showcase’. Moving to the prestigious Theatre Royal Margate, join the pupils on a journey showcasing their work over the past year culminating in their exam presentation. A fun afternoon for all the family!

Visitors to the centre will have the opportunity to get involved in One Great Pirate Day – a fundraising event for Great Ormond Street Hospital Children’s Charity and Demelza Hospice.

Francesca Donovan, Centre Manager at Westwood Cross Shopping Centre, said: “One Great Day is an incredible charitable initiative that changes the lives of thousands of children, so we did not hesitate to get involved. Our pirate-themed One Great Day will bring together exciting activities, competitions and entertainment for an unforgettable family day out.”

Entertainment is scheduled throughout the day, from a Pop up Pirate Party, magic shows, party games and dance competitions, to balloon modelling workshops, fairground games, storytelling and competitions and pirate themed giveaways from the KMFM street team. Captain Jack Sparrow will even be making a special appearance!

Francesca said: “One Great Pirate Day launches our summer season of fun, with lots of events and activities planned throughout the summer holidays. We hope to welcome lots of families to the centre to enjoy a fun-packed day, and to raise lots of money for some very important causes. There’s so much to do and see you will not want to miss it.” 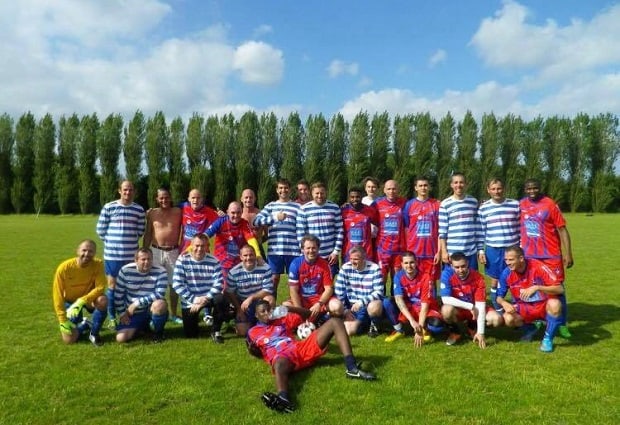 Teams from Ramsgate and twin town, Conflans Sainte Honorine will battle it out on the football pitch on Saturday, June, 15 at Baypoint sports club. There will be a 2.30pm kick off..

The Hotel de Ville which has been involved in the tournament for the past five years. Entry to watch the match is free and all are welcome.

Mayor of Ramsgate Raushan Ara will be presenting the trophies at the Hotel de Ville in Grange Road after the event, at around 5pm. There will also be food and drink.

A varied assortment of gardens open with plenty of opportunities to purchase plants around Minster.

The Old Vicarage, in association with Minster Open Gardens, plays host to The Father’s Day picnic. The event kicks off at 1pm and will feature tombola, raffle, plant stalls, family entertainment, food, refreshments and live music from Karl Dawson of Decades Showband fame and the rat pack inspired In With Flynn.

This event in Minster will be raising funds for charity Louie’s Helping Hands. The charity is popular amongst the villagers of Minster and Michael Abbott said that it was a pleasure to be able to continue the support of such a valuable and good cause that will help to bring such a difference to the lives of many.

Having already seen £1000 raised through the Big Beard Shave event, the village event will no doubt see more raised in what is another fun filled event.

Michael and the Minster Open Garden look forward to hosting this fantastic family event that will bring families together whilst raising money for a great cause.

Michael would like to thank Blue Jumping Frog Promotions and Shaun Egglesden for the poster design and printing.

Gloria (Julianne Moore – Far From Heaven, The Hours) is a free-spirited divorcée who spends her days at a straight-laced office job and her nights on the dance floor, joyfully letting loose at clubs around Los Angeles. After meeting Arnold (John Turturro – The Big Lewbowski, Barton Fink) on a night out, she finds herself thrust into an unexpected new romance, filled with both the joys of budding love and the complications of dating, identity, and family. From Academy Award winning director Sebastian Lelio (A Fantastic Woman, Disobedience) comes this sophisticated romantic comedy that shows love can strike at any time, relationships are never simple, and nothing can get you down as long as you keep dancing.

From the Oscar-nominated makers of Embrace of the Serpent, set during the dawn of the 1970s Colombian drug trade, comes an epic tale about survival against the forces of corruption and money. Quite unlike anything else ever made about the War on Drugs, this is a film of both gangsters and spirits, corruption and fratricidal war. A thrilling, and thought provoking, story of an indigenous Wayuu family’s spiritual and physical  struggle when greed, passion and honour collide, putting their lives, culture and ancestral traditions at stake.

The RNLI community safety team will be at Viking Bay, Broadstairs, from 10am to 4pm, helping to share safety messages in support of the Royal Life Saving Society Drowning Prevention campaign. Why not pop along and learn how to Float to Live. The team will be also talking about how to book free children’s swim lessons with Swim Safe.

Thanet Stage School teams up with Terry Steel and The Astor Big Band this month to bring the tale of Glenn Miller to Margate’s Winter Gardens.

It charts the true-life story of Glenn Miller from his early days with Ben Pollock to his tragic disappearance on a flight to France at the end of 1944.

This is the 75th anniversary of that flight and the show recreates Glenn’s Chesterfield Broadcasts by adding ‘The Andrew Sisters’ and showgirls from the Thanet Stage School to the line up.

The performance will bring back to life the Miller Band’s residency at The Glenn Island Casino.

All of Astor Big Band’s profits plus a collection made at the performance will be donated to the Royal British Legion Poppy Appeal.

Wild Billy Childish & CTMF make a rare UK appearance. Famed as one of the last of his generation to stick to the do-it-yourself ethic of 1977 punk he has gained worldwide recognition as a painter, musician and poet of fierce independence who defies categorisation.

In conjunction with a solo exhibition of recent paintings Man In The Mouth Of A Cave at Carl Freedman Gallery until August 25. Also a new collection of poetry If You Fly With The Crows will be published by Hangman Books.

Expect a mixture of Childish classics from over the years plus one or two tracks tracks from their upcoming album Last Punk Standing.’

To qualify, come along with your child. Whether they are 5 years or 35 years, if they pay to enter, dads go in free.

This event is split in two separate parts. The first shorts shown are a collection of ‘U’ certificate films made by Newington Community Primary School students and by young people from Kent Film Foundation film clubs. There will then be a short break before the South East Stories short films are shown, giving parents ample time to take any of our younger audience out of the cinema.

See the stars of the future in this dazzling and diverse programme that celebrates new filmmaking talent from the South East.

Curated by Film Hub South East and selected from close to 100 submissions, these ten short films tell cinematic stories that linger in the mind, challenge your perceptions and transport you to seaside towns and bustling cities while introducing audiences to an array of exciting emerging filmmakers.

For the Ramsgate Film Festival, the Palace’s ‘Benshi’ Young Film Programmers have selected two of the films to award as their Winner and Special Mention, to be announced at this event!

The programme starts with short films made in partnership with the RIFVTF by children at Newington Community Primary School and by young people from Kent Film Foundation film clubs.

Please note tickets are not available directly from the Palace cinema but only from the Ramsgate International Film Festival.