The main, in Westwood Road,burst in the early hours of June 8, flooding two properties and the road in Rumfields Road.

At the peak of the incident some 7,373 people were out of water with some losing supplies for two and three quarter hours. 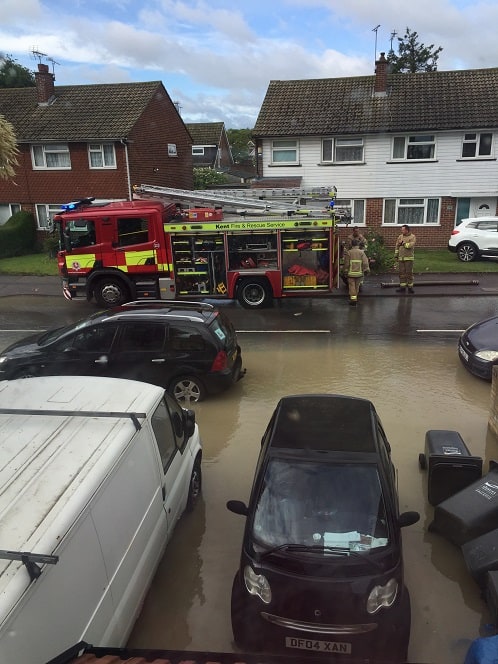 Fire crews pumped out the area initially. The Westwood Road  was closed eastbound from Northwood Road roundabout near  Westwood Cross. It now has one lane open.

A main in Millmead Road also burst and repairs are underway at that location.

Mark Wintringham, head of water delivery process at Southern Water, said:”We would like to apologise to all the people in Thanet affected by the major incident this weekend – and especially to those whose homes were flooded by the burst near Rumfields Road.

“We have helped those directly affected by flooding on their property with an initial clear up. Our loss adjuster will work with their insurers to assess the financial scale of the damage. We appreciate the effects of a flood like this can be more than merely financial.

“The events in Thanet were run as a major incident with more than 20 people responding on the ground in addition to an incident team of up to 10 assembled at our Durrington network management centre.

Five metres of new pipe laid in Westwood Road, Margate. Reinstatement is in progress but we hope our customers will understand this is a no small task. You have our apologies for the disruption this is causing. And our thanks for your patience pic.twitter.com/nENhrvOT3a

“At the peak of the incident some 7,373 people were out of water with some losing supplies for two and three quarter hours. We’d like to pay tribute to the patience of those affected and once again apologise to them.”

During the incident Southern Water had started delivering bottled water to the 415 vulnerable customers in the area. Bottled water drop off points were also ready to distribute but were not needed so the volunteers went to lend further assistance to the owners of flooded property.

The teams have so far successfully repaired a five metre long split in a 12 inch main in Westwood Road and permanent reinstatement will be completed by tomorrow. At one stage a team of 25 people were on site including police and fire services. 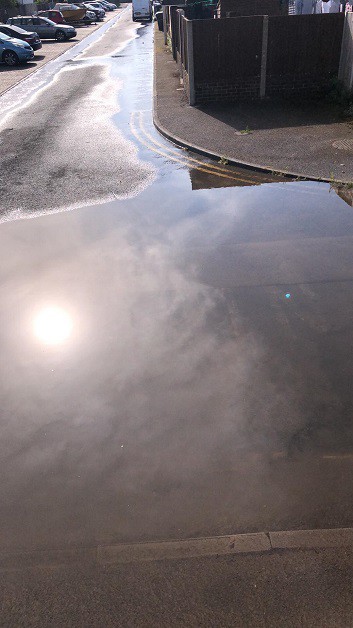 Work is still continuing on the 12 inch burst water main in Millmead Road. The fix is being made today (June 11) but the ground must be allowed to settle to ensure reinstatement of the road will not face problems.