A young soldier and a school student from Ramsgate have been to the Trooping the Colour in London.

Trooper Samuel Sullivan, 19, of the Household Cavalry Blues and Royal Squadron took part in the parade while 15-year-old Paddy Clarke gained a ticket to sit with diplomats at the event,

Paddy, who lives with Asperger’s Syndrome, is a student at Ripplevale School in Deal and his dream is to join the Household Cavalry.

The youngster is a keen re-enactor, along with mum Natasha Bizarra and partner Iain Dawson, and gained his ticket after a little help from Battles for Victory organiser Clive Richards. 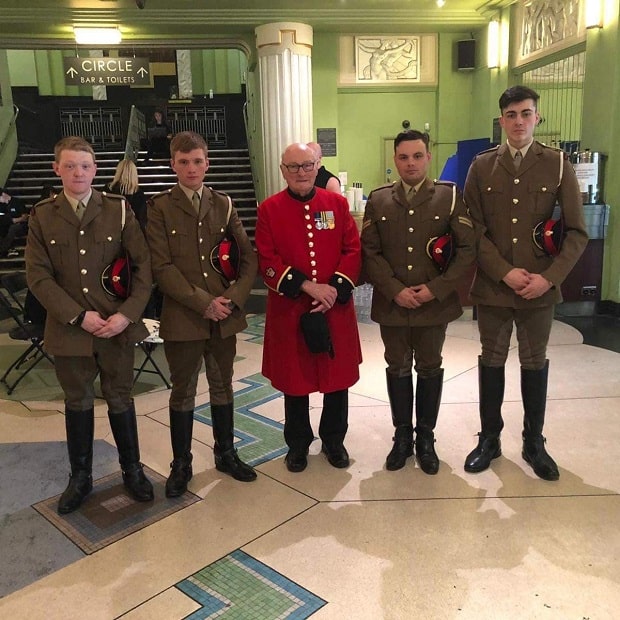 Trooper Sullivan, who also appeared alongside Britain’s Got Talent winner Chelsea Pensioner Colin Thackery for his finals performance, drove from London to deliver the invite to Paddy. 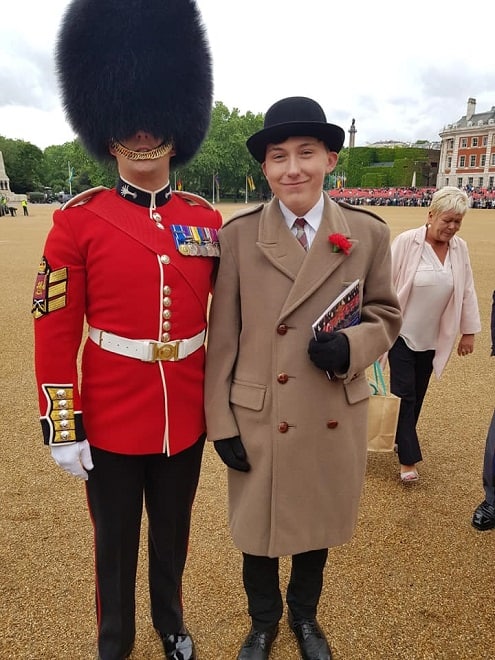 Natasha said: “Paddy wants to go to Sandhurst to be an officer and join the Household Cavalry. He is a massive collector of military items as his dad served 28 years in the Army so he has always wanted to join the military. 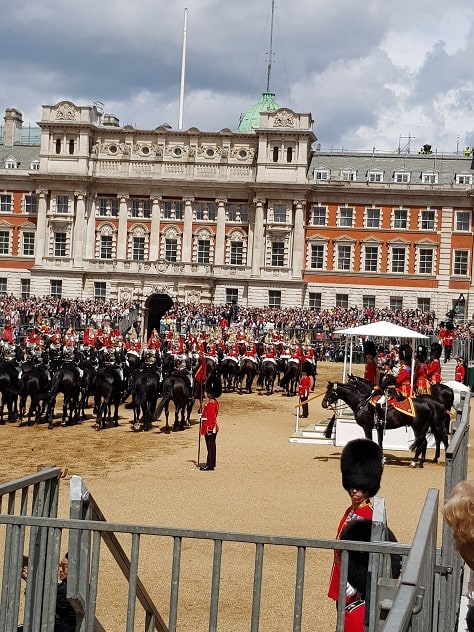 “He helps at 40s events and does a lot of re enacting  His most recent uniform he saved for all by himself is a World War One German one but he also has American and Russian World War Two uniforms.

“Clive Richards organised it for him as he knows how much Paddy wants to join the Household Cavalry. We were sat metres from the Queen and royal family!”

Trooper Sully added: “It’s my pleasure to get this aspiring young lad to the Trooping the Colour parade as I remember being his age and wanting to see it! Now I’m doing it and still love watching and taking part in the parade.”