A family has travelled almost 200 miles – just to get a photo in Ellington Park!

The journey, from Kirton in Lincolnshire, was made after mum-of-two Tori Gabriel started an accidental tradition five years ago.

The retail manager took a picture of daughter Jessica, at the time just one-year-old, sitting with one of the park’s carved dogs.

At the time Tori, husband Steve and Jessica lived in Ramsgate.

The following year Tori took another photo in the same spot and then the original picture came up on her facebook page as a memory.

It was the start of an annual tradition for Tori, Jessica, now five, and younger daughter Lexi, now four.

The 36-year-old said: “I began taking a photo each year for both of my girls with the doggie (they each have their own dog in the park and if they don’t have official names, I want to suggest Jessie and Lexi).

“We moved to Margate when my eldest daughter was three but still made sure to come back to take the latest photo.

“In March of this year we relocated to Kirton, Lincolnshire. For this year’s photo we made the 183 mile trip to continue the tradition.” 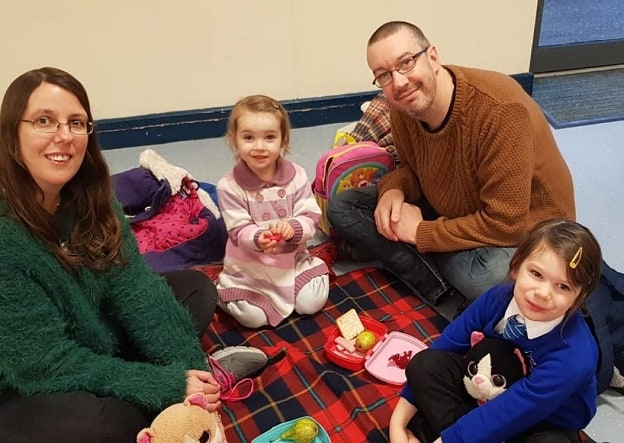 Steve, a medical centre worker, and Tori still have relatives in Thanet so have timed their photo visit to coincide with a family catch up. And Tori says they will continue to make the 183-mile trip “for as long as my daughters let me take the pictures.”

She added: “We will be back next summer for our next snap!”