Members of a Thanet folk rock band have lost their entire performance gear collection after a fire set in a wheelie bin spread to the Broadstairs property it was being stored in.

Thousands Army – made up of Stuart Jones on Rhythm Guitar/Vocals, Stefan White on Violin, Greg Bayliss on Banjo and Bass player Kevin O’Shea – are now fundraising to try and replace the equipment that has taken them some 16 years to collect.

The fire took place in Fairfield Road on Sunday (June 2) at 2.53am. It started in a wheelie bin and then spread to the building.

Kent fire crews and police were called to the scene. It is thought the fire was started deliberately.

The equipment that went up in flames included two PA systems with fold back speakers, an analogue Equalizer unit, a small mixer used for live setup in the violin, a bass amp and cab, two drumkits, a six-string bass guitar, an Ibanez electric guitar, an epiphone Les Paul electric guitar, three live performance microphones, an entire rack of guitar effects pedals, a djembe, a cajon and leads and adaptors that make the equipment operational. 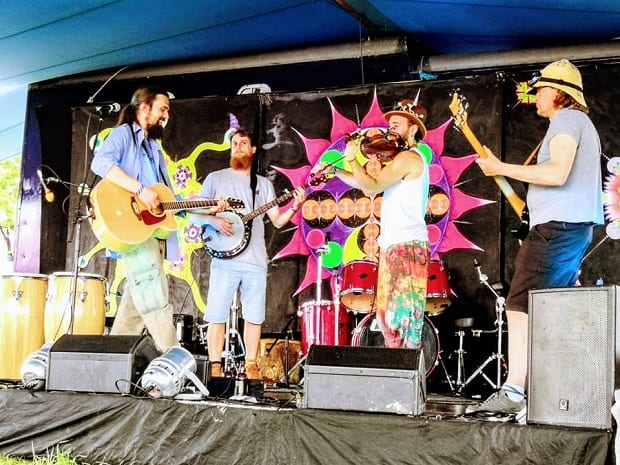 Band singer Stuart has now launched a gofundme appeal with a £2,000 target in a bid to try and replace some of the lost items.

He said: “A wheelie bin outside our practice room was set alight by persons unknown. Sadly, the building caught and our entire performance gear was engulfed in flames. The devastation represents 16 years of collective skimping and saving, bargaining and borrowing by all members of our extended folk family to acquire this equipment and we are truly gutted.

“Luckily, due to us having played a show very recently, and our inseparable love for our tools of trade, our primary instruments, guitar, violin, banjo and bass have all survived, but the destruction and loss to our collective outfit has been immense. It has been heart-wrenching  as we wrestle with the magnitude of this blow. 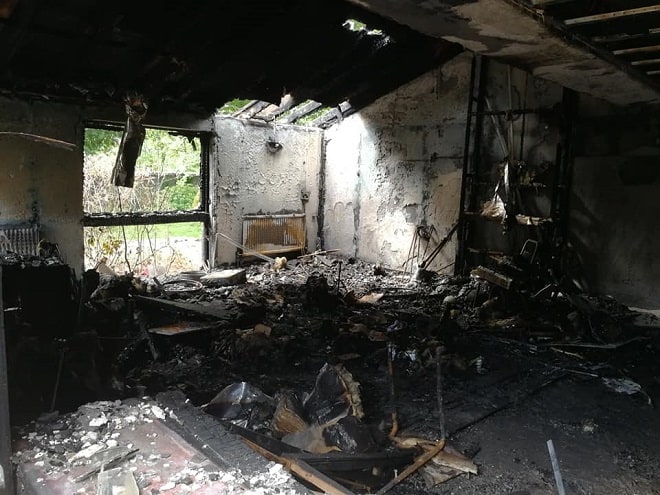 “We have decided to start a crowdfunding campaign to allow those who wish to do so to donate what they can or choose to in a formal and organised way. The outpouring of warmth and concern we have received these last couple days has been truly awesome to experience and we are beyond grateful for the offers of assistance we have received. Whether it be through lending us equipment for shows, even donating it entirely, wanting to contribute financially to a budget to rebuild, organising fundraiser events or simply wishing us good luck and encouragement to continue, it has all been so overwhelming and so very greatly appreciated.

“Of course it was not just equipment that went up in flames but the place where some of us lived.  Thankfully, no one was hurt in the event.”

The band is also now planning a fundraising event.