Fire crews have been called to Margate tonight (May 31) to a fire at the rear of Dreamland.

Smoke could be seen coming from the park,  in the area at Arlington car park.

A fire in 2008, the result of arson, badly damaged the Scenic Railway. Another fire was started deliberately in 2014 but the structure escaped serious damage on that occasion.

Two fire engines were at the scene.

UPDATE: 10.10pm – The fire has been quelled. A Kent Fire and Rescue service spokesman said: “Kent Fire and Rescue Service was called to a fire consisting of rubbish and vegetation in a car park at Arlington Square, Margate. Crews extinguished the fire using hose reel jets.”

A Dreamland spokesman said: “We can confirm that a small fire occurred in Arlington Car Park late this evening, next to Dreamland Margate’s main park. The fire was contained to the car park and occurred after our park had closed and guests had left. 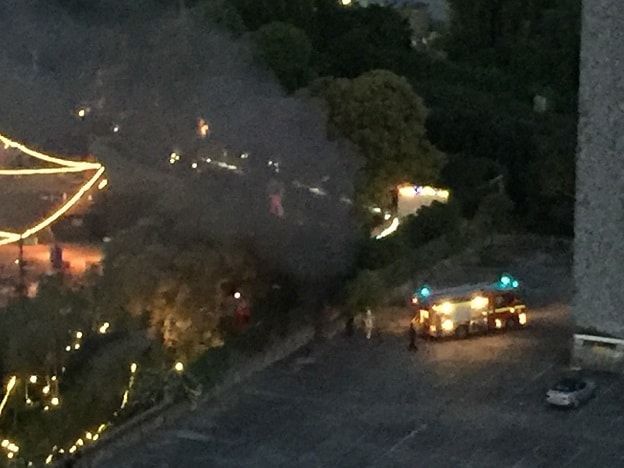 “The Kent Fire Service arrived promptly to tackle the fire, and it was brought under control swiftly and has now been extinguished. There were no reported injuries and no damage to park equipment during this time. Park opening on Saturday, June 1 will not be affected. The cause of the fire is currently unknown.

“We would like to thank all of the Thanet residents who sent us such swift messages of support and concern – the park and the team are fine, and we will be open as usual tomorrow!”