Ramsgate has gained nine new Grade II listings for properties in the town – including a tiny newspaper kiosk – as well as one upgrade and several relistings.

The listings include the Festival of Britain Fountain in Victoria Parade; Aberdeen House -now the Registry Office- and the Victoria Gardens kiosk.

The‘relistings’ include the former fire station in Effingham Street and the pulhamite rocks on Madeira walk.

The status has been granted by the Department for Digital, Culture, Media and Sport (DCMS) on the advice of Historic England, in recognition of their historic, architectural and cultural importance.

Duncan Wilson, Historic England’s Chief Executive, said: “Ramsgate, once a small fishing village, has a wonderfully rich and interesting maritime and seaside resort history that is woven into its buildings, streets and squares. We’re delighted to have been able to uncover and shine a light on these places through the work with our Heritage Action Zone partners.”

Cllr Ash Ashbee, Deputy Leader Thanet District Council, said: “Historic England research, as part of the Ramsgate Heritage Action Zone has really helped us to highlight the significance of Ramsgate’s rich heritage. This, alongside the training of local volunteers is beginning to make a real positive impact on the local community.

“The listing of these wonderful heritage assets provides a further boost. These places have all played a significant part in the history of Ramsgate and listing ensures that they will be protected and preserved.

“Tourism is the lifeblood of this area, our heritage assets and the stories around them are a vital ingredient in our appeal. It is great news not only for Ramsgate, but Thanet as a whole.”

Historic England has also upgraded a grand Edwardian villa to Grade II* – in 1932 the home was inherited by Dame Janet Stancomb-Wills, the first female mayor of Ramsgate. She was the patron of polar explorer Sir Ernest Shackleton who was a frequent visitor to the house.

The listings are part of Ramsgate’s Heritage Action Zone. The project aims to bring together Ramsgate’s rich maritime heritage and architecture with new investment and development to boost the economy for the local community and support the town’s regeneration. 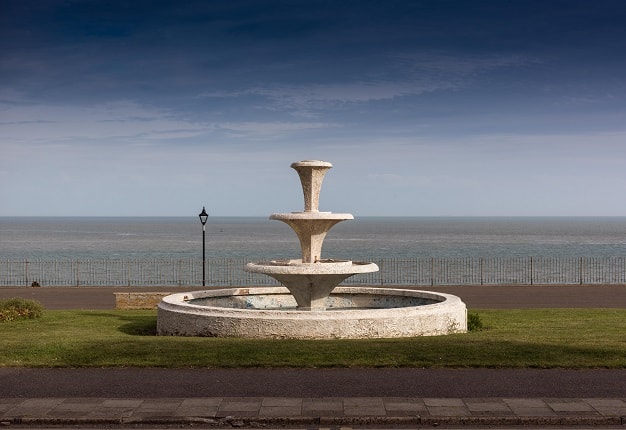 The fountain on Victoria Parade, near the former Granville hotel, is the sole survivor of three fountains built as part of the Festival of Britain celebrations in Ramsgate in 1951. The Festival of Britain inspired activities and events around the country, including a ‘Festival of Light’ in Ramsgate. A central fountain in the inner harbour threw a jet of water 70ft into the air, illuminated by hanging coloured spotlights and floodlights, and two smaller fountains stood either side. The fountain is made from concrete and its dramatic outline was designed to reflect the spirit of the festival and to look to a brighter future. 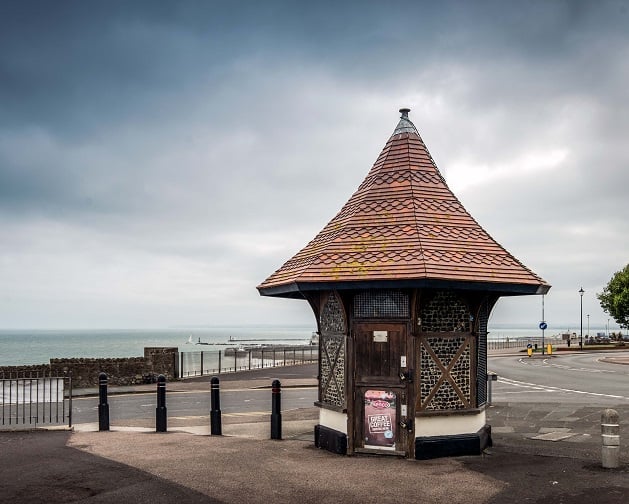 This octagonal seafront kiosk in Victoria Gardens, close to the former Granville Hotel, was built c.1876 in a picturesque Gothic style. Originally it was used as a ticket booth for visitors to the formal gardens and entertainments within the then enclosed Victoria Gardens – there was a small fee to enter. The private gardens concept was relatively short-lived and by 1900 the perimeter railings had been removed. By 1920 the kiosk was used to sell postcards and newspapers, a use that continued into the 21st century. Its change of use reflects the creation of today’s impressive seaside promenade from a series of formerly private spaces along the cliff tops. 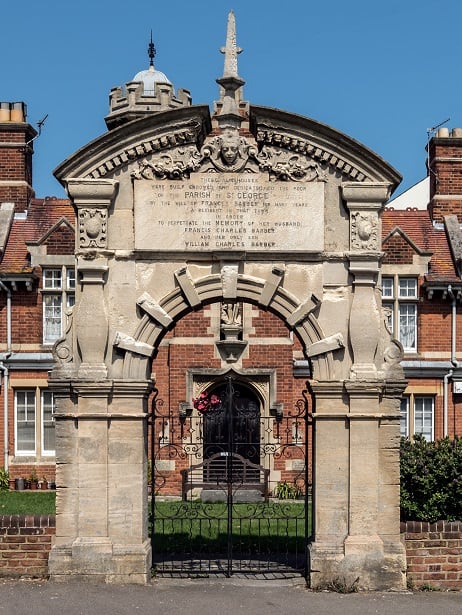 The stone gateway to the Barber’s Almshouses is now Grade II listed. Built in 1899, the Barber’s Almshouses were endowed and dedicated to the poor by the will of Frances Barber, who had lived in Ramsgate for many years. Mrs Barber died aged 82, and was respected for her philanthropic endeavours towards the poor and her generosity towards charitable institutions. The building – constructed in the memory of her husband, Francis Charles Barber and her son, William Charles Barber – accommodated 12 elderly people (ten women and two men) who received 7 shillings alms weekly.

Almshouses were powerful emblems of corporate status and private philanthropy in the 19th and 20th centuries. They were created to support those in need of welfare. 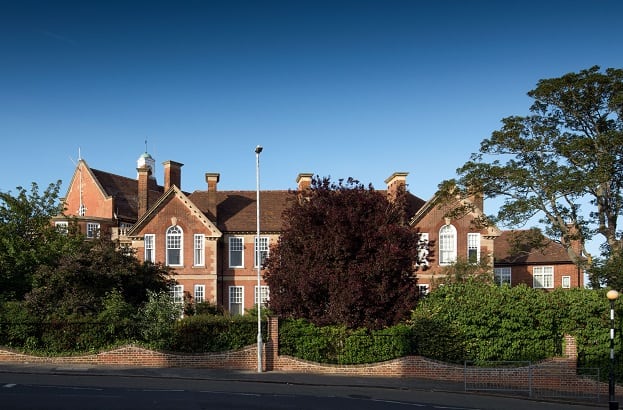 Clarendon House was purpose-built as a school in 1908-1909 at a cost of £11,222. It was one of more than 700 secondary schools built nationally following the 1902 Education Act, which transferred the responsibility for schools to local councils. It was established as a ‘dual school’, combining the Ramsgate County School for Girls and the newly formed Boys equivalent. The school grew rapidly after the First World War to become the largest public secondary school in Kent by 1921.

Clarendon House is a neo-Georgian red brick building with many original features surviving inside. There is a network of chalk-hewn tunnels beneath the school which were extended in the lead up to the Second World War to provide air raid shelter. 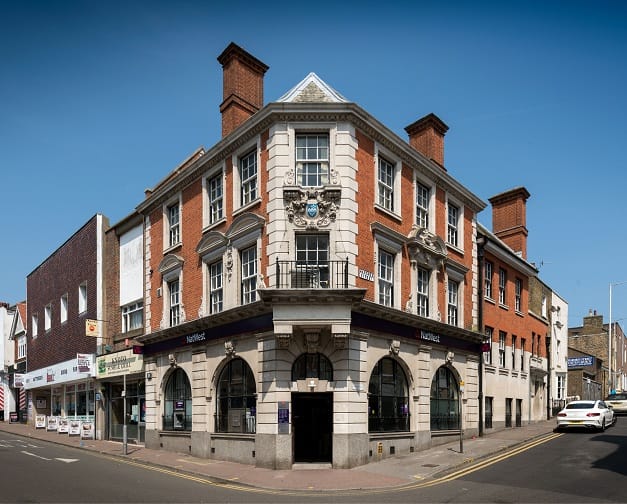 The NatWest Bank on the High Street was built in 1910-1911. Twentieth-century banks such as this were designed to be prominent on the high street, embodying solidity and respectability. Inside, the main entrance opens into the double-height banking hall. The ceiling retains two original, octagonal decorative plasterwork mouldings with fruit and foliage designs. A memorial plaque commemorates the members of staff who lost their lives during the First World War. 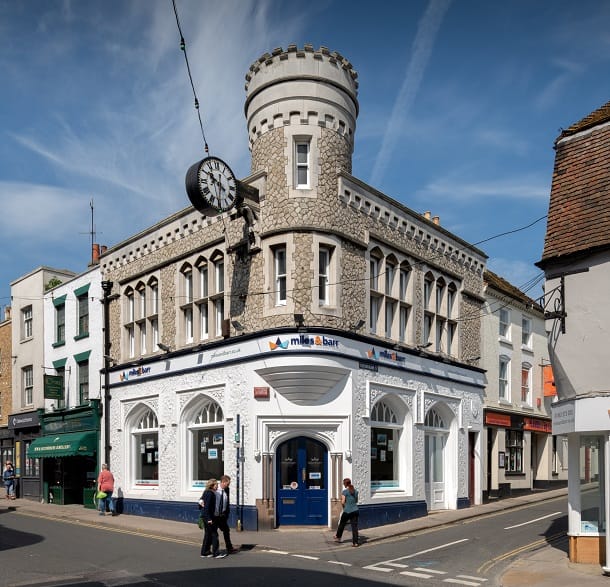 51 Queen Street, on the corner of Effingham Street, was built for wine and spirit merchants Gwyn and Co in 1898. It has high quality stone detailing across the façade and has decorative grapes and vines around the ground-floor windows. A stone shield can be found above the side door with ‘1778 JC 1898′, referring to the establishment of a wine business in Ramsgate by John Curling in 1778, helped by Ramsgate’s large ‘Royal’ harbour and nearness to France. The building has a prominent clock supported by a carved medieval-style figure. 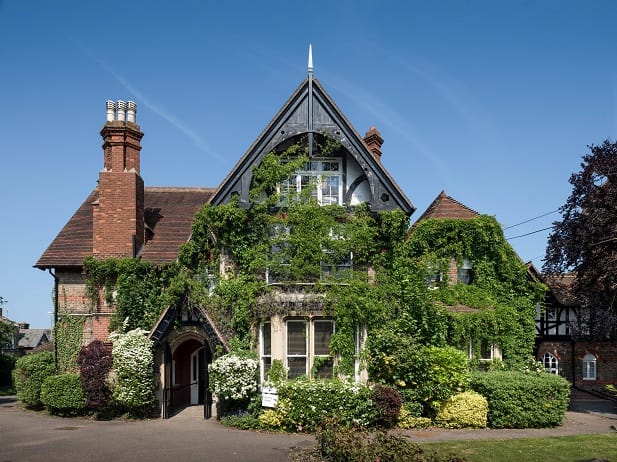 This former purpose-built boarding school has an unusual design because it integrated accommodation for the staff and students to make it feel more like a home. Aberdeen House was built for the Reverend George Simmers, a licensed preacher. He continued to be its headmaster until his death in 1918. Records show that ‘The instructions given to the architect were to provide a school house so thoroughly domesticated in its arrangements that the dominant ideas to the boys should be that of a comfortable home with all its accessories.’ The building was converted to a Registry Office in 1936 and is still in use. 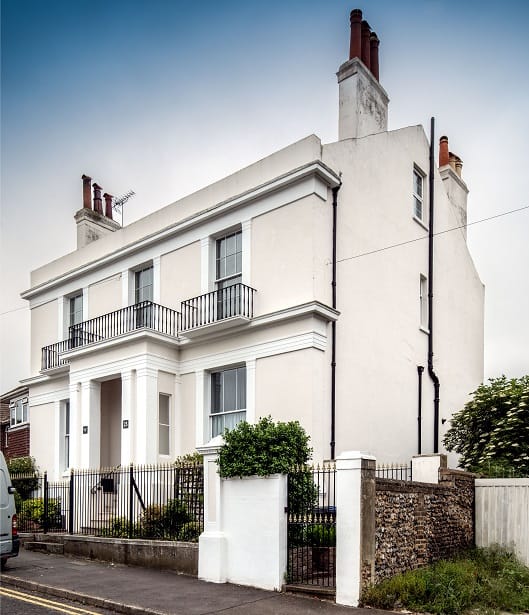 Augusta Villa on Bellevue Road is a Neo-Classical style house thought to have been designed around 1840 by George Gutch. Listed at Grade II, much of the original design and materials remain today.

Augusta Villa was an early part of the Mount Albion Estate development. The land was bought at auction by John M Gutch in 1838 and it is believed that he entrusted the design of this and two other villas to his brother George. Augusta Villa was formerly flanked by houses of a similar size and the three houses formed an impressive grouping along the eastern side of Arklow Square. 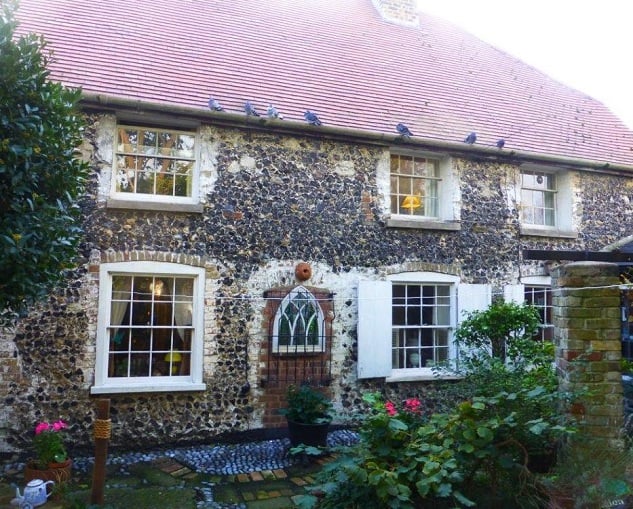 Castle Cottage dates from the 17th or 18th century. It is a rare surviving example of the agricultural nature of the land surrounding the port of Ramsgate. The cottage is largely made from flint with brick. The tile roof would once have been thatched. The name appears to have come from a large house called Townley Castle, which stood on a site nearby. Sadly, Townley Castle was bombed in the First World War and demolished as a result. 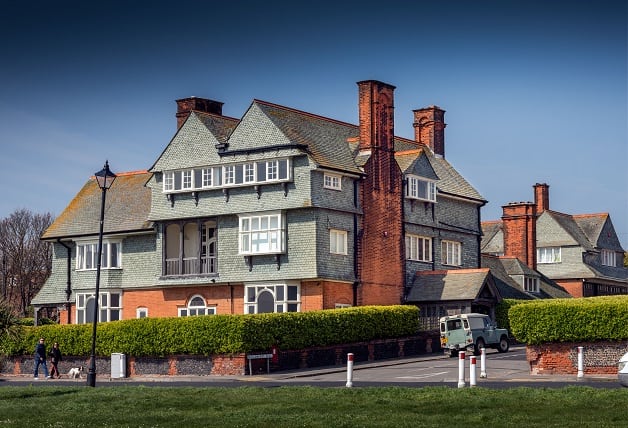 East Court in Brockenhurst Road is a grand Edwardian villa, built in 1889-1890 for wealthy international businessman, Sir William Henry Wills and his wife. It has been upgraded to Grade II* because of its striking and original appearance, and a number of the original features of the building survive. The house was carefully designed as a holiday home, and its original layout as well as fixtures and fittings remain.

The house was  inherited by Dame Janet Stancomb-Wills – the first female mayor of Ramsgate – in 1911. She was the patron of polar explorer Sir Ernest Shackleton who was a frequent visitor to the house.

The following places in Ramsgate have been ‘relisted’ to fully understand and record their significance. Extended descriptions and histories have been added to their entries on the National Heritage List for England. 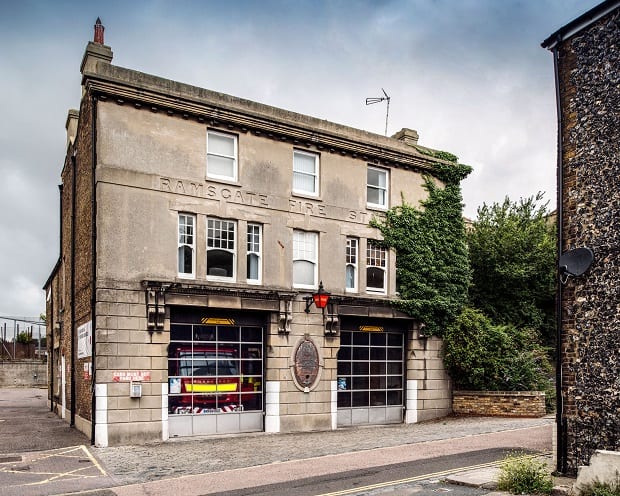 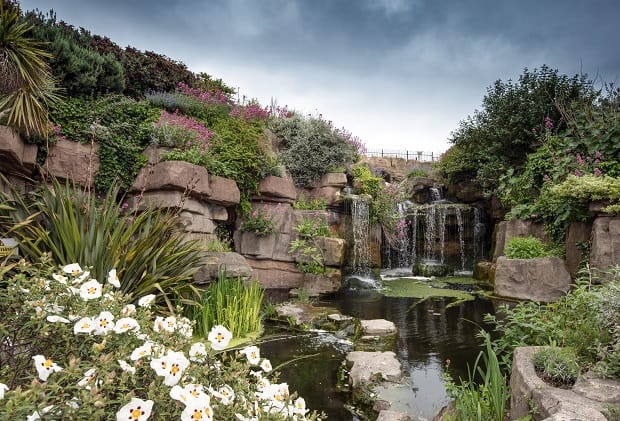