A Turkish restaurant in Margate will open its doors this Sunday (June 2).

Edessa, which also has a venue in Sandwich, will open in the former Yates bar.

Owners.  husband and wife Hasan and Filiz Yener and business partner Michael Huntlea, hope to use the space for entertainment, such as live music after 9pm, as well as feeding hungry diners. 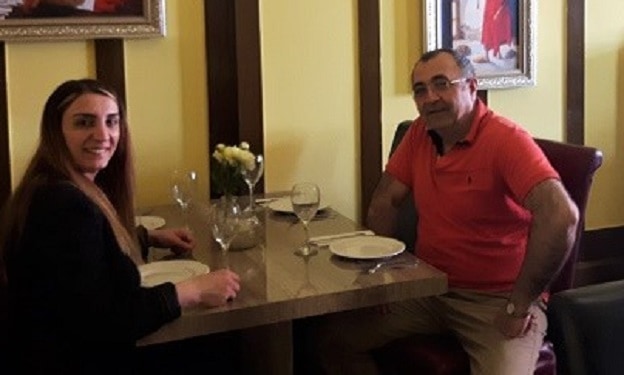 The parents-of-two previously operated from Custom House in Ramsgate and were known for homemade and freshly cooked food with a range of mezes, authentic dishes and a good choice of vegetarian meals.

Hasan, known as Seamus, has lived in Thanet for 30 years. He first came to England as a Kurdish refugee, fleeing repression by the then military junta in Turkey.

He is also well known in Thanet as a cab driver.

He said: “I have so many ideas to make this a space for entertainment as well as dining. It is right for the area.”

Michael has also previously run bars and is also a former gas engineer. He said: ” I am one of the partners and have spent 5 months day and night, transforming this place from a nightclub to what it is now.”