Part of a road in Broadstairs is currently closed off while fire crews deal with an incident.

A cordon is in place at Edge End Road, by the Upton Junior School area, as crews deal with a house roof fire.

Three pumps and the turntable are on the scene. All occupants of the property were out when the firefighters arrived at 6.57pm. 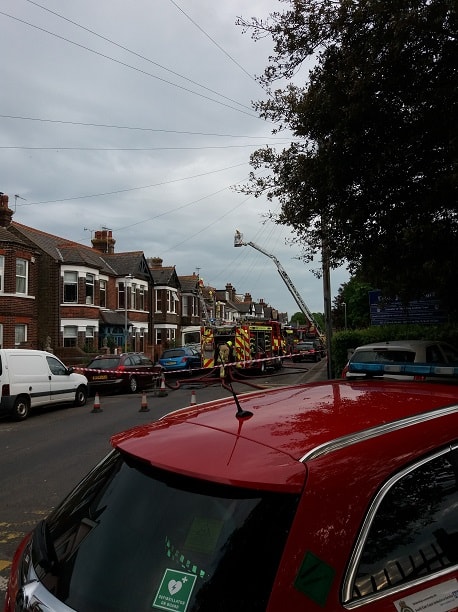 “A height vehicle is also being used to allow crews an effective vantage point to tackle the fire from the outside. Good progress is being made. The cause of the fire isn’t known at this stage.”

8.53pm: Electricity in the street is being turned off so the property can be isolated.