A crew of 28 arrived at the Fifth Avenue hotel on Sunday and are due to wrap up the shoot tonight (May 14).

The film, Running Man, will be around 20 minutes long and is destined for the festival circuit. The story focuses on four young men in the 90s and an odd pharmaceutical trial experience – with Carl Barat cast as a doctor- at the hotel location following a night at a rave.

The lead role is taken by Raff, son of Jude Law, who Sadie reveals had to go through auditions to get his acting role.

The 23 year old is a musician and model but is now breaking into acting.

Johnny Cooke (pictured below)  says the script was originally based on a fictional farmhouse until he stayed at the Walpole Bay and was inspired. 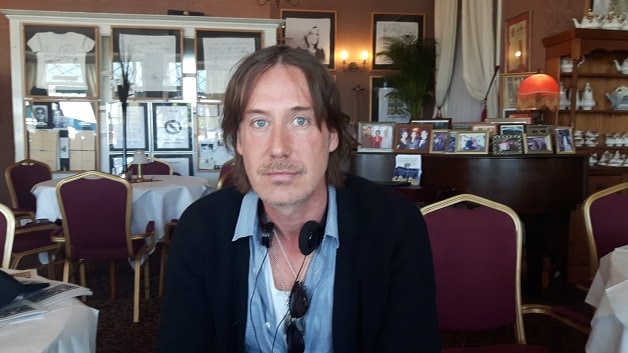 The former Dogs frontman said: “I came to the Walpole Bay Hotel to write some of the script and had a flash of inspiration, it was the perfect place.

“I wanted to add a sense of unease and wanted to put the characters somewhere where they had to ask questions.”

Johnny also told The Isle of Thanet News that he is due to move to the town in the next couple of months. He said: “I love Margate. London is too busy and I like being by the sea so I have bought a flat and will be half in London and half here.”

He revealed the flat will be above the Old Post Office restaurant which is run by friend, and a former bandmate, Tom Cawte – who headed up the Cheesy Tiger on the Stone Pier until selling up this year. 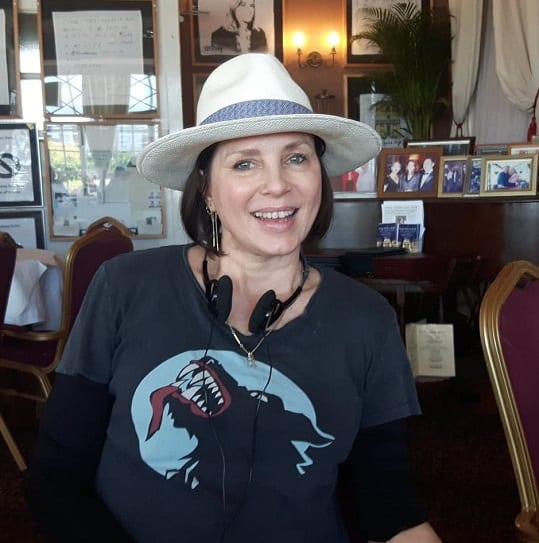 Producer Sadie Frost is also planning to join the exodus to Margate. She said: “I am a big fan of Margate and have a lot of friends who live here. I want to get a little place here and get away from London sometimes.”

Multi-talented Sadie, who is a fashion designer as well as being involved in the film industry, said the Walpole Bay Hotel and its unique collection helped shape the script for Running Man.

She said: “The Walpole really inspired the story. I was looking for a script about the 90s and the rave scene and this all really flowed together.

“Once it is finished and edited it will be about 15-20 minutes long and will be put forward for festivals.

“The good thing with a short film is that it can then be developed into a feature or  a TV series.

“Thanet Film Office have been really helpful and everyone has been so welcoming.  We’re really excited about this project and the amazing new cast.” 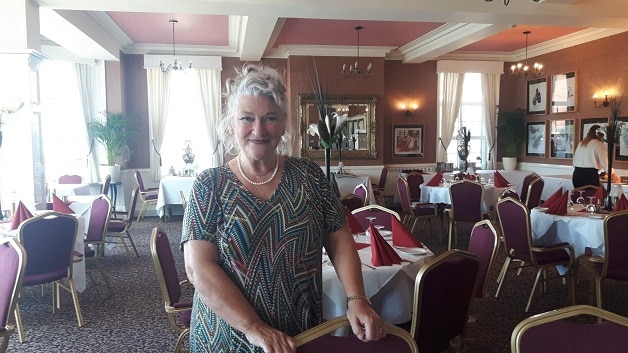 Walpole Bay Hotel boss Jane Bishop (pictured) is no stranger to hosting film crews. Last month Paloma Faith had a fashion shoot at the venue, House of Fraser also filmed at the site, with Jane – or rather her magnificently Bee-hived hair – taking a role in the shoot.

She said: “Johnny started the project about 14 months ago and came to stay here and write the script, inspired by the hotel.  Filming has taken place in the ballroom, the corridors and rooms 109 and 204, all over the hotel really.

“Margate, and the Walpole Bay Hotel, are known as filming locations and it really shows what a vibrant place the town is becoming.

“It is good that it brings recognition and inward investment.”