It is believed that there are in the region of 280 people in Thanet over the age of 60,  who suffer from the effects of Macular disease.

The figures were given by Samantha  Amphlett , the regional fund raiser for the Macular Society to members of Ramsgate Rotary Club.

She revealed that there are already groups for those affected by the disease in Thanet with one meeting on a monthly basis at Harbour Parade.

She explained how the society helped with such things as support to improve lives for those affected, as well as funding research  into the disease. 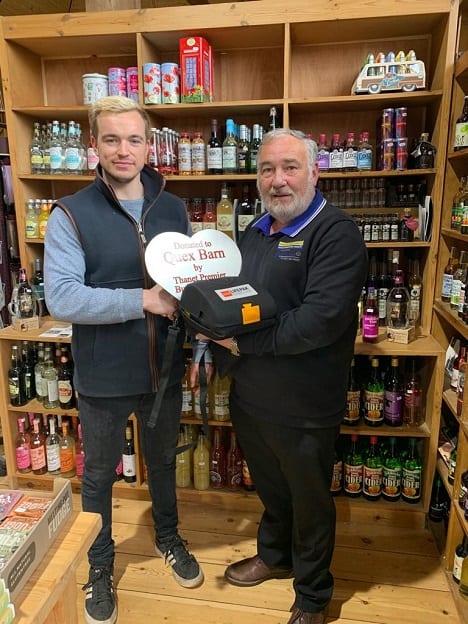 Keith Edwards the Chairman of Thanet Premier Business Group presenting Alex Mather of Quex Barn with the Defibrillator that was donated by the group.

Thanet Premier Business Group are a group of successful local businesses dedicated to growing the local economy in Thanet and serving its local community.  To this end they are pleased to announce that the defibrillator will be situated in their weekly meeting venue of Quex Barn.

As advocates of the local community supporting local business and promoting quality, reliability and excellence.

Quex Barn compliments their ethos completely. It supplies local produce at its best.

A defibrillator is a device that gives a high energy electric shock to the heart of someone in cardiac arrest. There are clear instructions on how to use it so no training is required. It has been proven that quick access to a defibrillator saves lives. 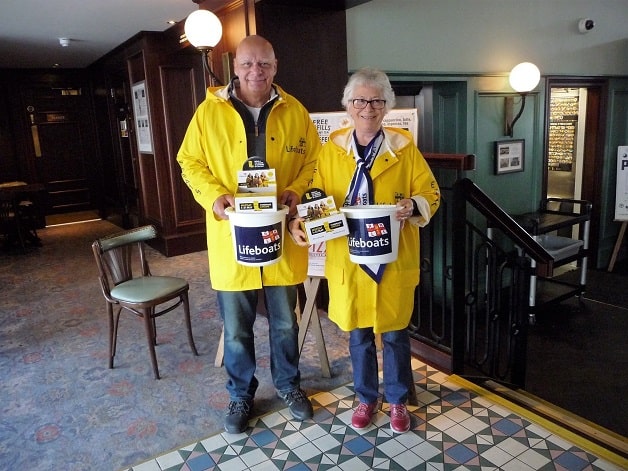 Mayday is the RNLI’s yellow-themed annual fundraising campaign, which runs from May 1-31. It’s a celebration of our volunteer lifeboat crews, who are on call 24 hours a day, every day, to save lives at sea. This year, the RNLI’s aim is to raise £700,000 nationally to fund the vital kit that protects them in all weathers.

Ramsgate RNLI’s fundraisers have been doing their bit by holding a two day Mayday Collection  at Wetherspoon in Ramsgate which took place over May 5-6.  The first day raised £405.03, and the second Mayday Collection Day raised £428.67 making a magnificent total of £833.70 for the weekend.

Sincere thanks to all our fundraisers, the staff at Wetherspoons who made us feel so very welcome and to their very generous customers. 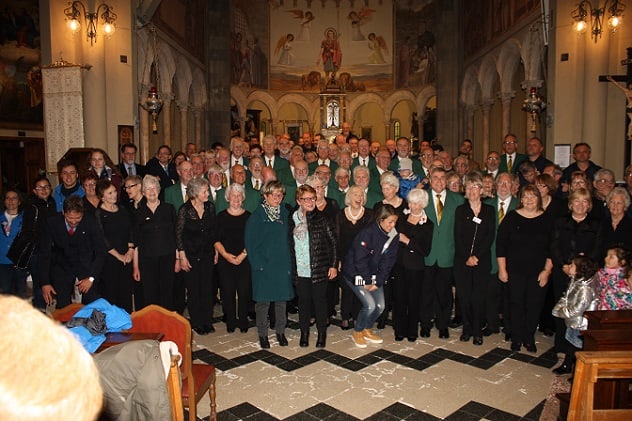 The choir’s visit to Italy meant a 3am start from Thanet to arrive in Lizzano in Belvedere at 3pm.

The little town nestles 900m metres above sea level in the Appenine Mountains and, for the fourth time, it hosted the Harmony in Europe Choral Festival. As a founder member, TMVC was delighted to again play a significant part in the event. It kicked off with a Friday welcome party in the town’s piazza which is always a most joyous occasion as old friends gather to eat, drink, sing and catch up on news. The town band played a delightful version of ‘Roll Out the Barrel’ which seemed to set the tone for the weekend.

Saturday morning saw TMVC visit the local cheese factory where the exclusive ‘Parmigiano Reggiano’ variety is produced. Once again the vino rosso flowed, washing down copious amounts of cheese and Italian bread. Saturday afternoon was spent rehearsing for the evening’s concert which featured our host choir, a German choir from Cologne, Harmony Ladies Choir and TMVC from Thanet. An enjoyable concert saw both the Thanet choirs produce exceptional performances.

The Sunday morning church service is a most important event and a real family occasion. This year TMVC was honoured to sing during a combined baptism ceremony. By the time the service ended there was over a foot of snow covering the village. Ignoring this excitement, it was heads down time for a quick snooze so as to be relatively able to cope with the farewell party. Everyone sported a fancy dress: there were pirates, fairies, Peter Pans, Buzz Lightyears, Woodys, Cinderellas, Darth Vaders, Mickey Mice, Cruellas and many more – an amazing party.

By Monday much of the snow had disappeared and the two Thanet choirs shared a coach to visit a most interesting ‘folly’: a Moorish style castle located at an even higher altitude. On Tuesday we bade farewell to our German and Italian friends and were home by 5pm.

The event has been held every two years in either Thanet, Italy, Germany or France since 1987 specifically to foster both musical and social harmony within Europe. Judging by the genuine affection and good will it has generated it has been exceptionally successful and long may it continue. 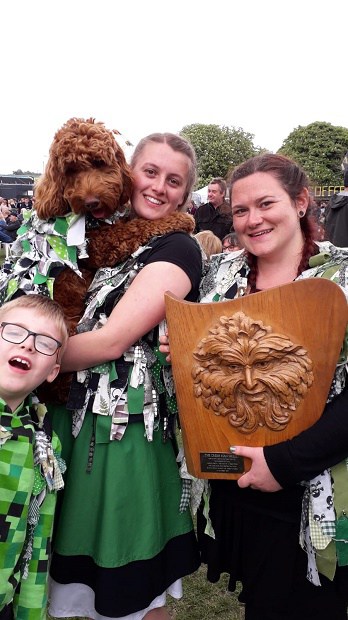 A Thanet Morris Side based in St. Nicholas-at-Wade has scooped an award.

Offcumduns Border Morris danced at the Rochester Sweeps Festival, the largest gathering of Morris Sides in the world, and were thrilled to be awarded the Green Man Shield at the end. This prestigious award has been handed out annually since 1987 and is generally given to up and coming sides which are doing their part to keep tradition alive by reviving interest in Morris Dancing in the next generation.

Some 80% of the Thanet group dancers are under 35 years old. The Green Man Shield was awarded by Gordon Newton, who was recently re-elected as Maidstone Borough Councillor.

The Morris Side is hosting an inaugural dance festival from 8pm on May 17, in collaboration with Wantsum Brewery, with Morris sides coming from as far as North London.

The event will be at the Wantsum Brewery, The Kent Barn, St Nicholas Court Farm. Find the event page at:

A Spring Faye’s and Coffee Morning will be held at St Philips Church, Summerfield Road in Margate on Saturday, May 18  between 10am and 1pm. There will be the church’s knitting group, the RNLI, the Shed Project and the Macular Degeneration group along with others showcasing and selling their work.

Friday June 7 is the deadline for the awards which celebrate people who have bravely stepped forward in the moments that really matter, saving lives with first aid or impacting community health through volunteering. 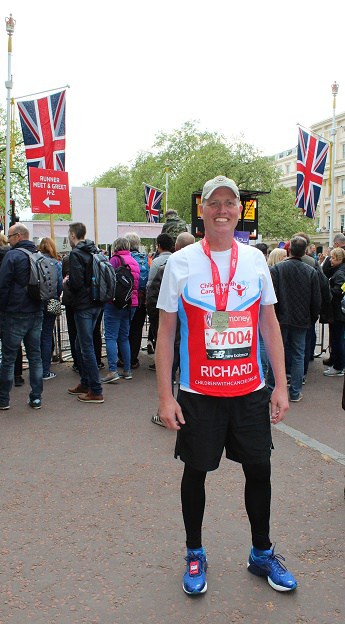 Member Richard Kinzler completed the London marathon to raise more than £1,500.00 for charity.

Richard said: “For 30 years I have been applying for the London Marathon without success but this year I finally achieved my goal for not only the London Marathon but my chosen charity Children with Cancer UK which is the leading national children’s charity dedicated to the fight against childhood cancer. Almost 4,000 children and young people are diagnosed with cancer every year in the UK. Their aims are to determine the causes, find cures and provide care for children with cancer. The small team is united by a common goal to save and improve young lives.

“Coming from a medical background I understand the importance of medical research. From vitally important clinical trials to family accommodation, the charity has funded over 200 projects, as well as supporting a scientific advisory panel who provide invaluable advice.

“My short term pain will be a long term gain for these children and I would like to thank all those who supported me.”

The few ‘faithfuls’ who missed the April Shuffle due to the ‘awful bug going around’ will have another chance to see ‘The Jazz Advocats’ because they were re-booked by popular demand for October 26. The line-up was Dave Stone – clarinet, John Finch – trombone,  John Stewart – banjo/guitar, Ian Rogers – d.bass, Jimmy Tagford – drums, & Viv Rogers – vocals. 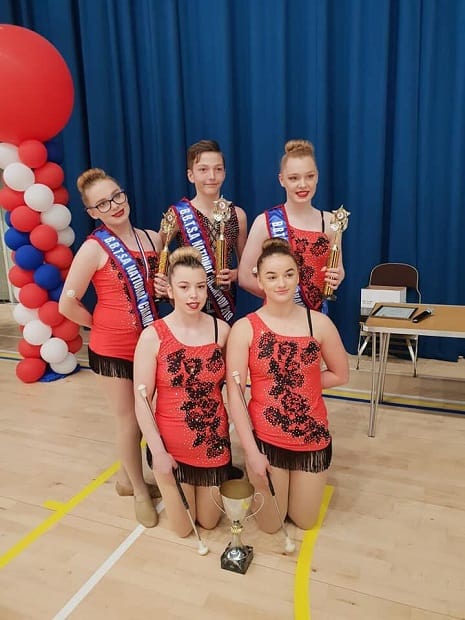 Margate Jetsetters baton twirling team has been running for 37 years and have had ever growing success. The team compete in national and European competition yearly and have  had the honour of representing England in the world championships.

This year’s national championships proved to be successful as ever with many national titles being awarded to the team. As their achievements continue to grow, they are looking for some new members to join and help the team continue to achieve such amazing results!

Classes are held on Thursdays from 4pm at Hartsdown Leisure Centre in Margate. Anyone interested can find Margate Jetsetters on Facebook for more information.

Fifty-three children between the ages of 3 to 17 and from across Thanet spent the day having a whale of a time, enjoying healthy and fun activities and games in the pool.

The fully inclusive programme of events on the day ensured all participants – from those just getting their feet wet, to children involved in Your Leisure’s Personal Survival lessons – were able to take part and enjoy life and have fun.

TOFFS next public meeting on Wednesday, May 15 at Margate Baptist Church at 10.30am is centred around “Dying Matters Awareness Week” . We have guests from Pilgrims Hospice, Presentation of 2 short films called “I didn’t want that and ‘A Party for Kath’ We have Kyla Szukala talking about her role as a Soul Midwife, a community-based role, aiming to help families cope. We also have organisations from Solicitors providing advice on LPAs, Funeral services, NHS Organ donation, Florists, Humanist. Come and us to find out everything you would like to know about death and dying but were too afraid to ask. 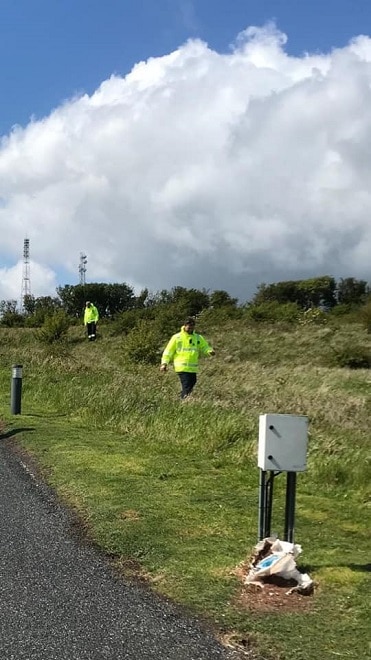 Coastguard Rescue Officers train extremely hard to provide an exceptional service when required. Last weekend Rescue Officers from across area 8 were at Dover Maritime Rescue Coordination Centre in order to up skill their training in Search.
Coastguard Rescue Officers are now being trained to become Search technicians. More and more of the jobs that we get called to are to look for missing people and we need to make sure that we are as competent as possible. With recent successes of searches that Margate Coastguard team have been involved with, it has become an exciting time, we will be able to put our newly trained skills into practice.
Well done to all the Officers who passed at the weekend!