Broadstairs business Skip2bfit met with the Speaker of the House John Bercow today (May 7) to introduce him to the Skip2bfit skipping challenge.

The two-minute skipping challenge has been tried out by MPs, including Labour’s Ed Balls, MEPs at the European Parliament in Strasbourg, and England winger Andros Townsend who clocked up 259 skips in the two minute timeframe.

Mr Bercow was keen to take part in the challenge and see how he compared to other MPs. The Speaker, who told national newspapers he must be impartial over Brexit despite voting Remain, did his challenge on a Europe mat and recorded 105 skips. 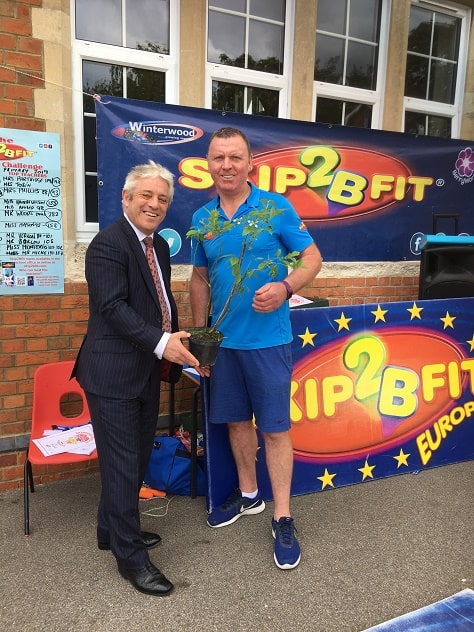 Skip2bfit, which launched in 2002, started in schools in Thanet, Kent, and has since swept the country – and further afield – not just in schools but also businesses, on-street demonstrations and through public health organisations such as Coventry City Council, Luton Council, Kent County Council and Bath Health Improvement.

John said: “We had everybody skipping today including the teachers and Mr Bercow, showing  the children that skipping is for everyone. Skip2bfit digital counting ropes are fully adjustable so that both children and adults can challenge each other.”

All the children were also given blueberries and a health leaflet after skipping, as the best time to introduce children to healthy food is following exercise. 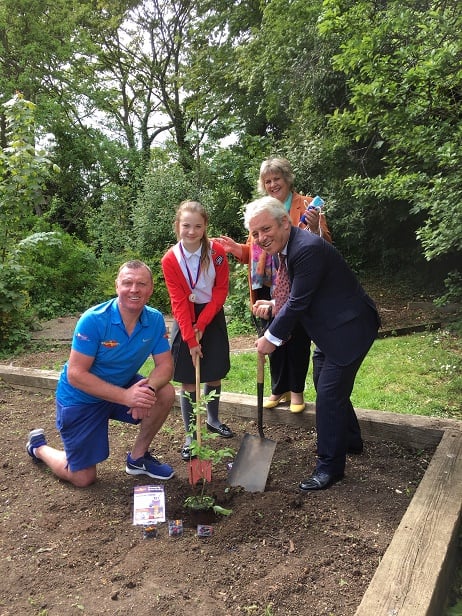 Mr Bercow also helped to plant a blueberry bush given to the school by Skip2bfit fruit sponsors, Winterwood Farm.

Many schools around the UK now follow the Skip2Bfit six week programme where every child is challenged to beat their personal best.

Roping in the MPs

Who is the leader, and the slacker, of the House?

‘Tory Tornado’ David Davies scoops the crown with 348 skips in 2 minutes. He also took a boxing session with John for the Bobby Moore cancer charity