Ministry of Sound will take over The Bunker dance tent at this year’s Wheel and Fins Festival.

Wheels and Fins beachside festival mixes up quality music alongside the best bits of skate and surf culture.

The festival, started by Broadstairs brothers Dave and Dan Melmoth, is now in its seventh year and will be using an expanded site at Joss Bay.

The ‘UK Mini Ramp Champs’ will be back and, for the first time at Wheels and Fins, a number of pro-skaters will showcase their nerves of steel as they take to the 12.5ft vert ramp. 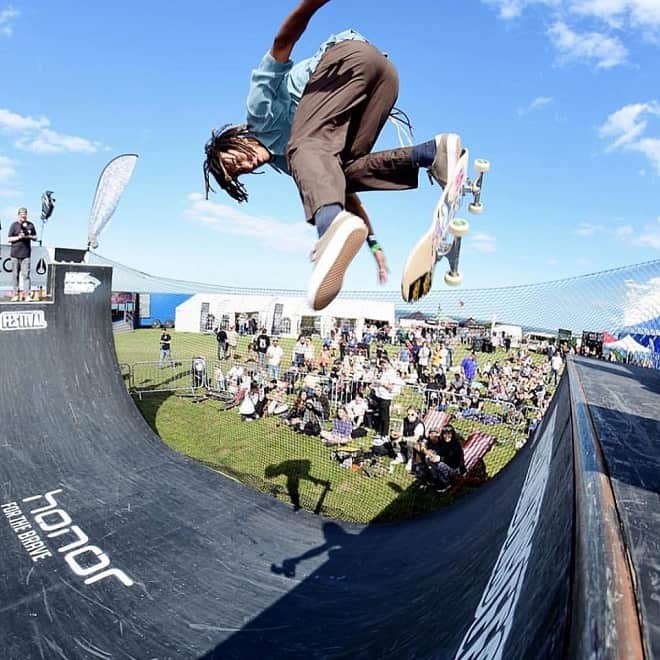 Elsewhere, the programme is packed with a wealth of activities including, axe throwing, beach yoga, sand sculpting, SUP racing and surf competitions, plus a food village of mouthwatering street food for a much needed refuel.

Wheels and Fins also boasts live and electronic music over three stages. Already announced for the 2019 event is the pioneering drum ‘n’ bass label, Hospital Records, who’ll bring stars such as S.P.Y, Kings Of The Rollers, Logistics, Nu:Tone, Etherwood, Whiney, Uncle Dugs, Inja, Dynamite MC and Degs to ‘The Bunker’ on Saturday, September 7. The live lineup for the ocean-facing main stage, is yet to be announced. Last year acts included The Libertines and Echo and The Bunnymen.

During the Ministry of Sound takeover the lineup will include the Dutch trio, Noisia, whose genre hopping productions from house to dubstep has seen them sign to label’s including deadmau5’s mau5trap and Skrillex’s OWSLA; the party-starting Redlight, guaranteed to bring a broad array of tricks; garage supremo and legend of the game, DJ Zinc; the cross-genre contemporary sensation, Barely Legal, a not-to-be-missed full live set from drum ‘n’ bass trio, Killer Hertz, plus loads more beats from Emerald, Harriet Jaxxon, Just Geo and Chris Thomas.

Adult day tickets start from £40, weekend tickets from £75, or a VIP experience with access to the VIP area, private bar and luxury toilets are priced from £80 for the day or £150 for the weekend. Add an extra £20 to any ticket and camp or invest in a glamping ticket and dwell in a bell tent or Moroccan yurt for the weekend.

Children’s tickets are also available starting from £6 for the day or £12 for weekend. For full ticket options and information on payment plans, visit www.wheelsandfins.co.uk.