An exhibition of decorated ukuleles opens on Thursday (April 11) at The Ravensgate Arms in King Street, Ramsgate. The piccolo-size ukuleles have been hand made by actor and ukulele maker, Rod Arthur, and decorated by some of Ramsgate’s great creative talent.

Rod said: “It all started with me asking two local artists over a pint of ale if they fancied decorating a couple of my instruments, and to my amazement they both said yes.”

A few months and many beers later, he has a collection of 18 ukuleles, made from reclaimed hardwoods, with artwork ranging from a seascape in oils to beautifully inked drawings, and a steam punk ukulele in brass and diamanté called ‘Vivienne’. 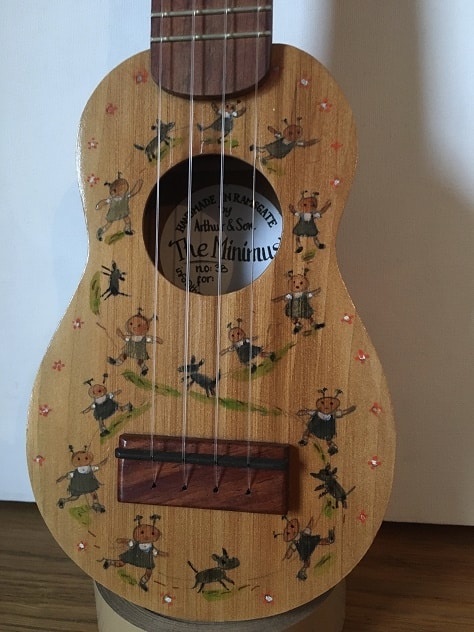 Established and award-winning artists, metalworkers, printers, photographers, lecturers, interior designers, art students and a cocktail guru have all been involved. Rod said: “Nearly all the artists are people I’ve come across in either The Ravensgate Arms or The Montefiore Arms, both Ramsgate pubs bursting with talent, so I thought they would be perfect venues for the exhibition.” 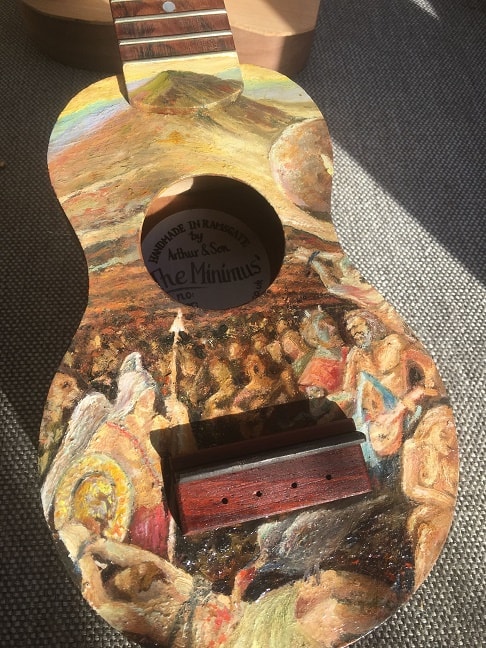 The exhibition – The Bear Who Found a Ukulele – is suitable for all ages. The title comes from an ink drawing by renowned artist and musician David Winthrop (Supertramp, Secret Affair , Chicken Shack), which he did while testing his pen on a sample of the spruce-wood used to make the soundboard of the ukulele.

Rod Arthur has a 40-year acting career, with credits including five years with the Royal Shakespeare Company, and featured roles in television programmes, such as Doctor Who, Coronation Street, Bleak House and The Accused amongst others.