A Broadstairs pub will be hosting a Game of Thrones night on April 15 and showing the new eighth season as it airs.

The show, which regularly draws in a viewership of more than 10 million people and has won 12 Primetime Emmy Awards, returns for its final season this year. Reports claim the season will include an epic battle scene that took 55 days to film, which actor Peter Dinklage told Entertainment Weekly “makes the Battle of the Bastards look like a theme park”.

One Thanet pub manager doesn’t think such an event should be watched alone. David Goulding of The George Inn is opening his doors and inviting everyone to come and watch the new season together.

He said: “We’re a community pub and we have everyone in to watch everything from big football matches to the Grand National. Lots of our regulars and staff at the pub are big fans of Game of Thrones and we’ve even had a few of the actors in for a drink, so it only seemed right that we hold a viewing party of sorts.” 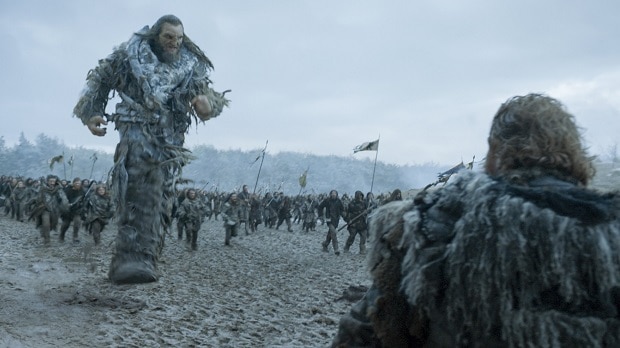 Game of Thrones fans will gather in the pub at 9pm when the show premieres for the first time in daytime hours. Hardcore fans may have stayed up to watch the first 2am showing on the same day – but if you can avoid the spoilers during the day and make it to the pub, you’ll have a chance to sing the theme tune and share the drama of the episode with other fans.

It also gives Game of Thrones viewers who don’t have Sky the chance to see the show without signing up and paying for the service, or downloading the show illegally! Statistics show that in total, the Game of Thrones library of episodes has been pirated more than a billion times and is one of the most illegally downloaded shows in TV history.

During the viewing party, there will be a chance to write down your predictions for the show to be placed a sealed container until the end of the season finale. There will be a prize for the person whose prediction is deemed to be the closest to the real ending of the hit TV series.