There were changes in Wanderers line-up with loose-head prop Jimmy Green and both wingers, Charlie Knight and Reece Hougham, unavailable from the side that started against Aylesford in the last match. In a rearranged pack there was a first start for Alex Veck in the second row and in the backs Ryan Copp returned whilst on the other wing regular back row forward Sam Taylor had the chance to prove his versatility.

Dover kicked off up the slope with a gentle breeze in their faces. Thanet had the better of early exchanges but with nine minutes played a speculative pass was cleverly intercepted by Dover’s Martin Beaumont. He showed excellent pace to outpace all chasers and run in under the posts from his own half to open up a seven point lead for Dover. 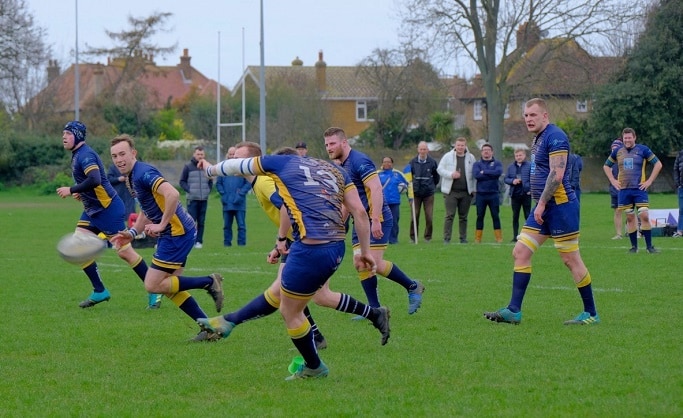 Dan Hill was close with a penalty attempt five minutes later. Both sides were guilty of some untidy play with the constant stop start result it has on play. Finally Wanderers drew level with a well constructed try. Nick Herbert, Peter Macaulay and Sam Rolfe combined to put Ryan Copp away and his strong finish with Hill’s excellent conversion levelled the scores at 7-7. Taylor made an important tackle and Herbert was a regular danger with ball in hand but that remained the score at half time.

Playing with the slope in the second period Dover soon had Wanderers line in their sights and Thanet were saved by a Dover knock on and then a super tackle from Tom Walton. Brett Scott was all over the pitch during this spell, tackling and breaking up the opposition’s attacks. Danny Clement took a well earned break with Luke Tolley on from the bench at loose-head whilst Kris Finneran replaced Adam Gaddes after his good shift at number six. 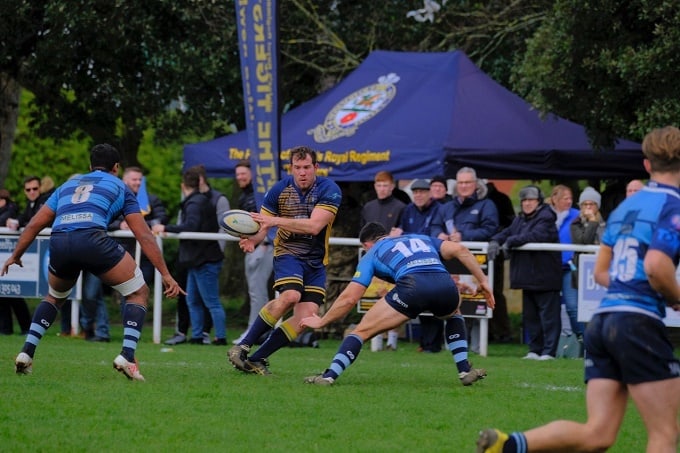 Taylor’s chase and tackle up the right wing secured an attacking line out and the ball was spun quickly to Copp on the opposite wing who appeared to touch down. Today’s referee Billy Huntley was unsighted and could only signal held up. Walton made a big tackle and moments later his chase gained valuable ground. Copp now had to withdraw with injury with Clement returning to play at centre as Hill moved to the wing.

Thirty minutes of the half had passed before Thanet went ahead. Hill’s penalty to five metres out was followed by a text book catch and drive with Neil Wakefield and Arek Janeczko combining before the Polish second row touched down for his eighth try of the season. Hills conversion attempt bounced back from the post so Wanderers led 12-7. This rapidly became 19-7 following Thanet’s best attack of the afternoon. 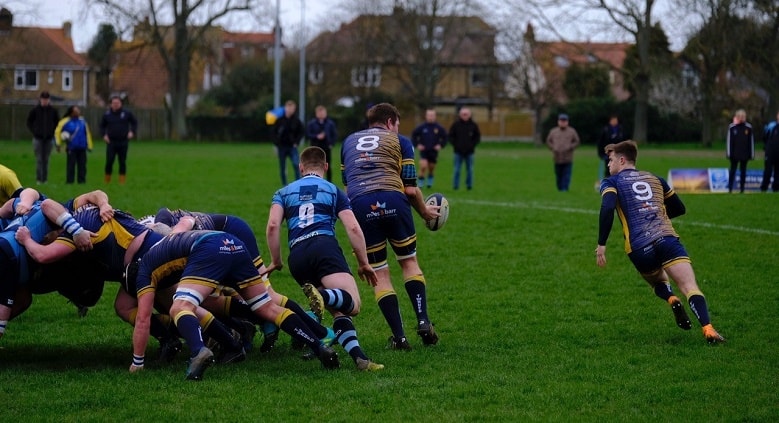 A good break out from the twenty-two and a fine chip over the advancing defence from Hill didn’t bounce kindly for him to collect but the ever alert Walton was on hand to cross for his tenth try of the season which Hill converted for a 12 point lead. Back bounced Dover and once again it was their architect in chief Beaumont who correctly anticipated a Wanderers play to intercept and race in for a second converted try. In the final minutes Wanderers first attempt at a penalty, to open up a two score lead, was wide but a second moments later from around twenty five metres was good to give Wanderers the win by 22.14 and the double this season over their near neighbours

There were too many errors for this match to be anything other than an exciting local derby that was enjoyed by the two sets of supporters. This was the final match of the season for Arek and Kamil Wiecaszek who have commitments in Poland this next two weeks. Their contribution to the Wanderers cause has been considerable this season and they leave a gap. 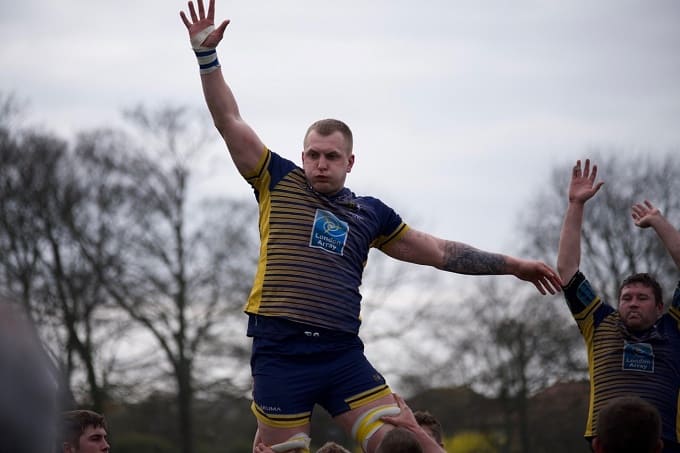 Alex Veck had a good match as did the Walton-Herbert half back partnership but man of the match was number eight Andy Letts. He was immense in attack and defence and carried on from his man of the match performance against Dover in the away fixture in December.

Next week the first XV travel to Haywards Heath for a 3pm kick off. The home fixture was an exciting draw against the Sussex side who are now fifth in the league, two places above Wanderers. The 2s are at home to Snowdown Colliery RFC (Kick off 3pm)