Gripping the steering wheel Mark Johnson-Cooper spotted the gap in the Ramsgate cliff face and sped towards it.

Plagued by suicidal thoughts he sailed off the side, clipping the roof of the Beach Retreat building below and crashing onto Marina Road. Miraculously he survived.

He said: “If I had gone one metre either side I wouldn’t be here now as the roof broke my fall. If I can landed further I would have crashed into the sea.”

Last month on a cold February night police had pursued him as he had been driving erratically. He was later tested but found not to be under the influence of drink or drugs.

“I woke up at King’s Hospital and was then taken back to custody. Looking at the CCTV footage it just seems so surreal.

“I didn’t remember anything. What I find weird is that if I had died that would have been it, I would not have felt all that pain and I know it sounds strange but I wanted too,” he said.

The near-death experience was premeditated. “I had been thinking everyone would be better off if I wasn’t here and how I could kill myself,”

The 35-year-old, of Millmead, says he has lived with a myriad mental health problems which had gone undiagnosed and untreated since childhood.

“I grew up in an out of care and have done things in the past I am not proud of but I have never really been able to be emotional.

“A man should not cry and not talk about his feelings. It is still such a taboo subject.  I would like it if anyone reading this would be inspired to seek help, that would be a good thing.”

Life spiralled out of control and came to a head in 2012 after a traumatic incident from which the painter and decorator has never fully recovered – delivering his stillborn daughter, Scarlet Rose, on the kitchen floor.

A period of stability followed with a long-term relationship and the birth of his now two-year-old daughter, Evelyn. 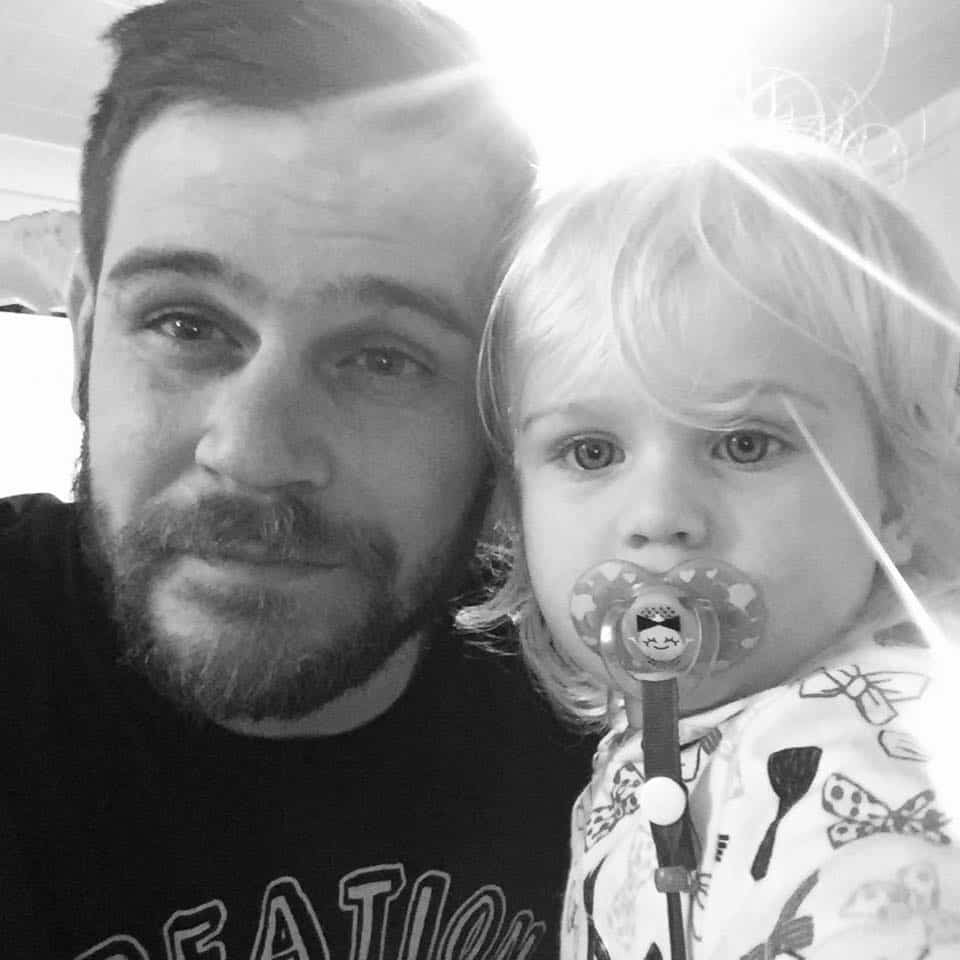 But a series of financial troubles resulted in the loss of his house which eventually led to the breakdown of his relationship.

“Losing the flat made me lose my pride. I was breaking up with my partner and was asking my GP for help- I started drinking heavily to numb myself.

“I just wanted to punish myself, I started running out in front of cars and smashing glasses over my head. If there was a bloke twice the size of me in the pub who would knock me out I’d start a fight. It was psychotic, I was taking all the aggression out on myself.”

In September Mark was sectioned by police and became homeless; consumed with suicidal thoughts and with his daughter living out of the area he was removed from a cliff top at Walpole Bay.

During that time he had been diagnosed with multiple mental health issues and was on medication after visiting the Beacon Community Health Centre, which struggles to cope with the volume of patients.

“I kept going back to my GP to get help and it took ages,” he said.

Despite a chaotic few months, by taking his medication and receiving support from family, things began to improve.

“After my birthday in December I stopped drinking and was seeing my daughter and was working. It seems I have a few months of being ok and then things getting bad,” he explained.

In January Mark began to feel unwell again and stopped taking his antidepressants. The 35-year-old reacted badly to the withdrawal which exacerbated his depressive state and led up to driving off the cliff.

“I got into that car knowing I didn’t want to be here. I just black out but I am sorry and so glad I didn’t hurt anyone else.

“The mother of my daughter is really supportive and I just want to be a good dad to Evelyn – we have a good relationship. I just want people to know that”

Mark is returning to The Beacon to be reassessed.

Kent’s suicide rate is higher than the national average, particularly amongst men.  Men are at greater risk of dying by suicide than women, and middle-aged men are at the highest risk.