This month the Thanet Hidden History page takes a look at the Clifton Baths at the Lido site off Ethelbert Terrace, Cliftonville.

The Clifton Baths were designated Grade II listing in 2008. They were constructed between 1824-28 by John Boys at a cost of £15,000. It was excavated from the chalk cliff northeast of the harbour.

An obelisk-shaped chimney served the boiler but was removed in the later C19. A bathing room divided into two wings, the north for gentlemen and the south for ladies, had seven hot baths, shower baths and hip baths but was later demolished. There was a waiting room which was also a reading and subscription room and a newsroom which had an organ and billiard table. The Upper Terrace had round-headed alcoves, seats and benches for enjoying the sea views. A bathers’ terrace was erected by 1831. A second chimney was erected between 1833-45.

In 1849 ownership of the Clifton Baths passed to John Boys’ son, John Harvey Boys. In 1869 the site was sold to Thomas Dalby Reeve who built a drill hall for the local Artillery Volunteers and a boiler house with tall chimney. In 1876 ozone baths were produced by an electrical process and in the 1880s an indoor salt water swimming pool was provided at the northeast corner of the site.

By 1903 a cinema had been installed into the former Drill Hall which was operational until 1924. In 1924 a theatre or concert hall was built east of the indoor swimming pool but was later demolished. 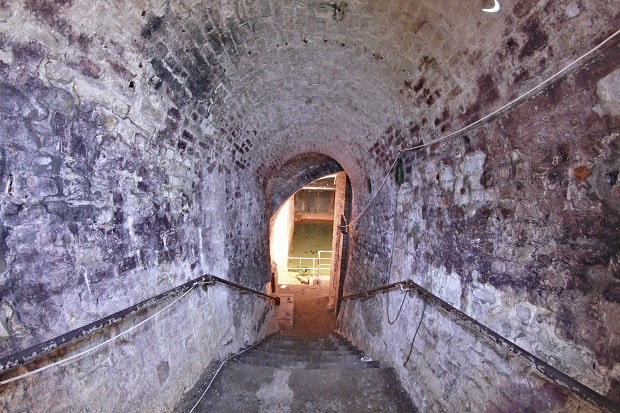 From 1926 onwards the Clifton Baths were re-modelled under John Henry Iles, owner of Dreamland Amusement Park. The site was turned into a large modern seaside complex with bars, cafes and restaurants on several levels and a large open air swimming pool projecting into the sea. These buildings were built onto and over the remaining parts of the Clifton Baths.

The circular chamber and bathing machine tunnel of the Clifton Baths are the only known examples of purpose-built structures built to store bathing machines and convey them to the beach. 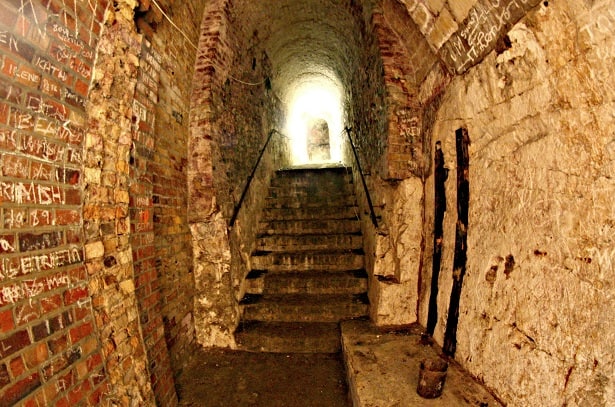 The Clifton Baths is the only known example of a sea bathing establishment which was dug out of the cliffs and, as a result, altered the local topography.

A proposal for a sealife centre at the Lido site, mooted in 2014, never came to fruition and the then-director, Paul Eley, of owner Stour Side Investments, later resigned from the company as did Alexander Andreev, who was listed as having ‘significant control.’ 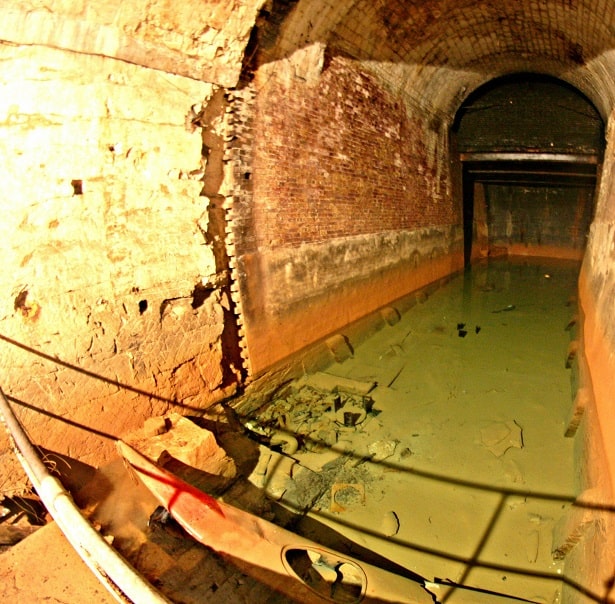 In 2016 the Lido complex was put up for auction with a guide price of £600,000 but it was later withdrawn.
Lido Streetview Limited, run by long-time Lido manager Neville Borck and Martyn Buckley, bought the Lido snooker club site for £100,000 in February 2017.