A Birchington mum who was diagnosed with Attention Deficit Hyperactivity Disorder (ADHD) at the age of 28 has created a support group for others with the condition.

Sarah Collins was diagnosed last August. She was prompted to seek private help after returning to studies and realising her lack of focus mirrored not only her experience as a teenager but also that of her son, now nine, who was diagnosed with ADHD at the age of six.

Sarah’s brother also has the condition, being diagnosed when he was a child, and so does her husband John.

The mum-of-three said: “When I started studying last year it brought me back to my teenage years when I was very unfocused. My middle son was diagnosed when he was six and I felt the way he was expressing himself sounded a bit like me. I decided to take the plunge and went private as I had already waited three years on the NHS.”

ADHD symptoms include inattentiveness, hyperactivity and impulsiveness. The exact cause of ADHD is unknown, but the condition has been shown to run in families.

ADHD was first recognised as a valid condition in the UK in 2000, but not officially recognised as an adult condition until 2008. Charity ADHD Action says some 1.5 million adults in the UK have the condition but only 120,000 are formally diagnosed. The group is now calling on the government to record adult ADHD figures. 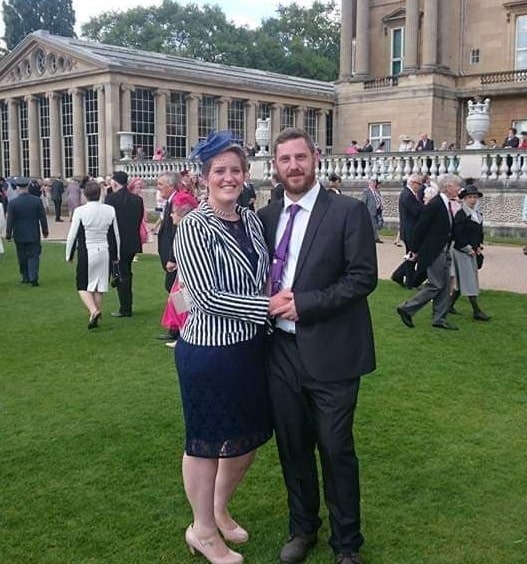 Sarah and husband JohnAfter Sarah received confirmation of ADHD, later backed up by an NHS diagnosis, she searched for a support group but was unable to find anything suitable.

She said: “I decided that if I was feeling lonely and isolated then there had to be other people who felt the same way and that led me to set up my own ADHD group.”

The first ADHD Thanet group social in November attracted 15 people and it has continued to grow. Originally just for adults, Sarah has now added family sessions due to demand.

The former foot health practitioner said: “A lot of people are diagnosed late and they are struggling with jobs and friends. The group is about sharing and supporting each other. There is prejudice, sadly, so hopefully this will raise some awareness too.”

The condition can be helped with psychological interventions and medication such as methylphenidate (Ritalin, Concerta, Equasym), dexamphetamine (Dexadrine) and lisdexamfetamine (Elvanse).

Sarah said despite there being reluctance in some to use medication a lot of members of her group had found it helpful.

She said: “We have one man who was not diagnosed until he was 40 and the help available has changed his life. One person in the group said when you can’t see you put on glasses and everything becomes clear. Medication can be like that.”

ADHD Thanet adults group meets on the first Tuesday of the month from 7pm to 10.30pm. The group has just secured a permanent meeting place at the Queen’s Head on Ramsgate seafront. The family group meets every other Wednesday, 5.30pm-7.30pm at Bumble Beez in Pysons Road.

Find out more on the group facebook page here