Dane Valley ward councillor Gary Taylor has praised the speedy response to clear up debris left behind at the green following a Traveller encampment on the site this month.

The group moved onto the green on February 17 after being parked at the Marina Esplanade car park in Ramsgate since February 11. They had been evicted from the council-owned car park by Dreamland on the same day.

The group is currently sited in Westbrook alongside the Sunken Gardens. They had previously asked for Thanet council to provide a skip while they were at Dane Valley Green. 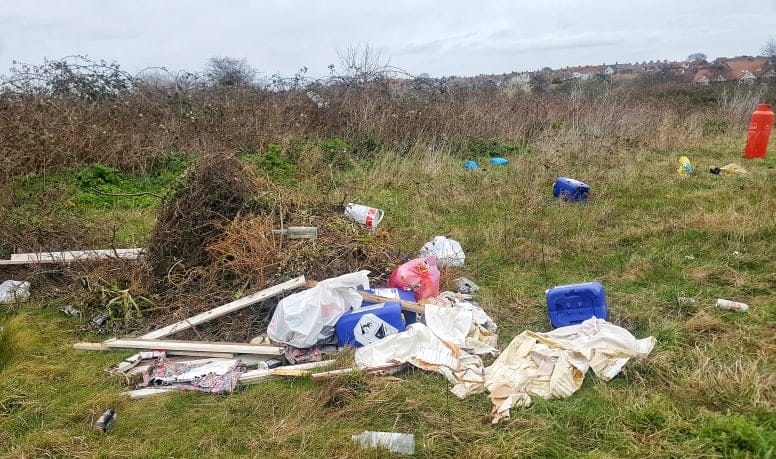 The work to clear the site began yesterday (March 8). The authority had previously just finished clearing up from a Summer encampment. Rubbish left behind takes time to clear because it has to be separated. 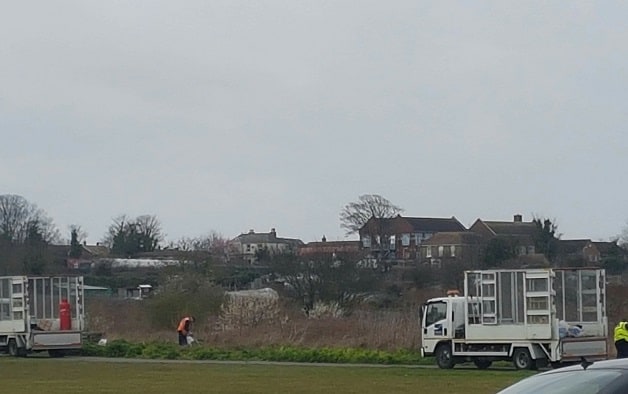 A council spokesman said: ““Clearance of a site following an unauthorised encampment is not always immediate due to the nature of the waste and the fact that materials need to be separated. This can take time and requires additional resource to be diverted.”

Cllr Taylor said:  “I’m really pleased with the fast response by TDC on cleaning the area after the astonishing mess left by the Travellers.

“We now need to look at a better defence of the perimeter of the green.”

Dane Valley residents are petitioning to have a fence installed around the green.

Thanet council responded with the £15,000 installation of a two metre high fence, bollards that restrict access for vehicles to the public right of way, new gates and CCTV.

The Friends, Families and Travellers charity say local authorities need to provide adequate land for travellers to stop as many families are forced to pull up in public spaces and on private land. This leaves many with interrupted access to basic water and sanitation, education and healthcare.

Thanet currently does not have an authorised site with the nearest being in Aylesham and Dover.
An FFT spokesman previously told The Isle of Thanet News that sites should be made available, saying: “We would recommend that the district council and local authority work with the Traveller community in the area to identify land that would be suitable for building new sites to accommodate these residents.”