Enforced removal of a Traveller group that has been sited in the authority-owned car park next to Dreamland since January 4 has taken place.

The action was taken after a court order for removal was ignored. There were around 26 caravans at the site according to residents whose properties overlook the area.

They left following the arrival of council enforcement officers and police this morning (February 11).

One resident told The Isle of Thanet News this morning that the camp had continually grown over the weeks and there has been an issue with waste left on the grounds.

She added: “I understand it is a way of life but no-one has been able to park there and I feel sorry for the cleaner who has been trying to get rid of all the rubbish that has piled up.”

A Thanet council spokesperson said: “We are aware of the Traveller group that is currently at Dreamland. A court order has been served however, it has not been complied with and the traveller group has not moved on. In light of this, the next step is to enforce removal.”

It is an offence for somebody subject to such Section 77 removal notice to fail to leave as soon as reasonably practicable or to re-enter the site within three months of the date on which the notice was given.

A spokesman from the Friends, Families and Travellers organisation said a lack of official sites is forcing groups to pull up on public land and not enough is being done to address that issue.

“Our recent submission of evidence to the Committee on the Elimination of Discrimination Against Women found that despite the fact the Government made £4.7 billion available under the Shared Ownership and Affordable Homes Programme 2016-2021 – which includes provisions to build Gypsy and Traveller sites – not a single local authority has used this funding to build sites.

“It would appear that there is a need in Thanet for authorised sites to be built. We would recommend that the district council and local authority work with the Traveller community in the area to identify land that would be suitable for building new sites to accommodate these residents.”

Across 2018 there were 50 confirmed encampments on unauthorised sites, including the council-owned car park at Dreamland, Jackey Bakers’ fields in Ramsgate, Dane Valley Green, Ramsgate seafront and Westcliff and sites in Manston and Cliffsend.

This is an increase of 15 on 2017 and a massive jump from 2013 when just two unauthorised camps were confirmed.

Some 18 court appearances for summons and then order of removal were instigated by the council last year at a cost of £1,175. A further £15,000 was spent on work to secure Jackey Bakers.

A council spokesman said: “Kent as a whole has seen an increase in the number of Traveller incursions over the last 12 months and this has been reflected in the numbers we have seen in Thanet.

“Nationally the size of the Traveller community has grown and there are fewer designated sites available. As more brownfield sites are being built on we have seen increased movement of Travellers across the south east.

“In 2018 we put a number of elements in place to make it more difficult for unauthorised access to occur at Jackey Bakers which included a new two metre high fence along the boundary, bollards that restrict access for vehicles to the public right of way, new gates and the entrance and CCTV which is at the entrance and the boundary with Sainsbury’s. The works cost approximately £15,000.

“It is not possible to breakdown costs of waste clearance, officer time is spent clearing waste from virtually all unauthorised traveller incursions. Every site requires a supervisor to conduct an environmental visual audit to ensure no specialist waste clearance is required.” 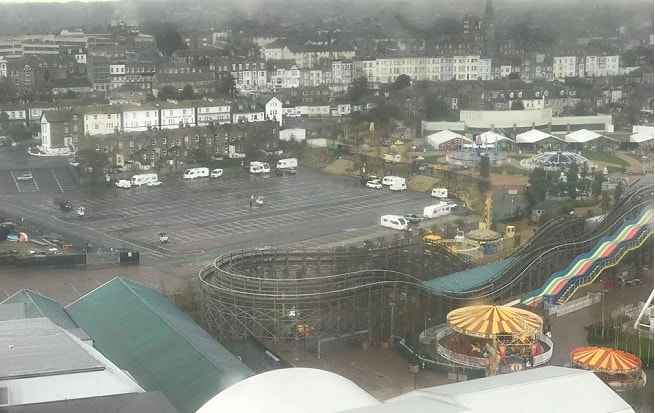 There have been calls for an authorised camp for the isle and Negotiated Stopping – a contract between mobile Travellers and councils that allow the Travellers to camp for up to three months on specified areas of vacant council land.

Thanet council say an authorised site could be considered. The spokesman said: “Legislation states that the provision of authorised sites is the responsibility of the county council, which is KCC. There is some consideration being given to whether there needs to be an assessment of the level of provision required.”